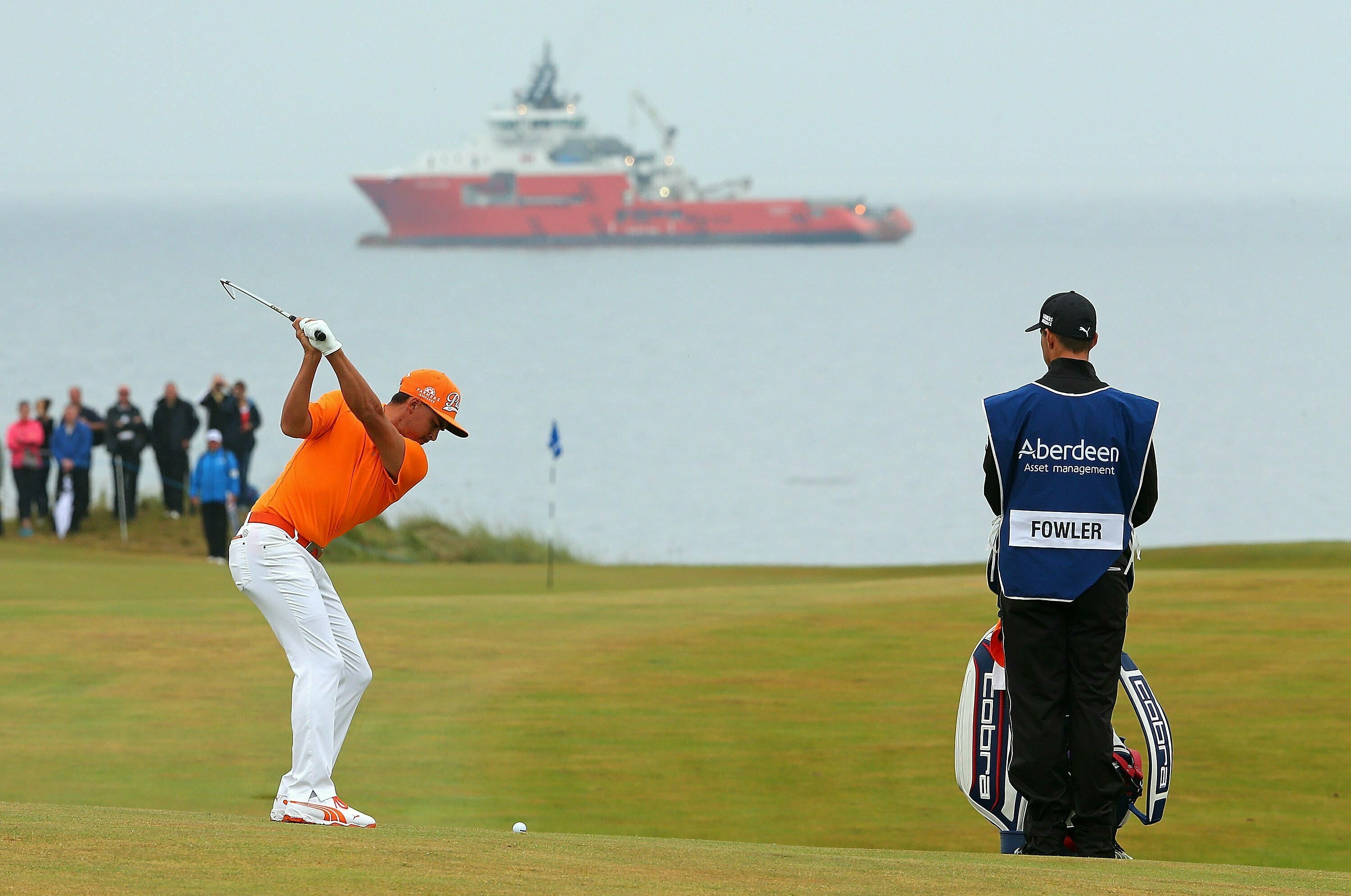 The Open Championship starts tonight at a little after midnight and OSU has three alums involved.

Rickie Fowler, Hunter Mahan, and Peter Uihlein will all be teeing it up from Hoylake on Thursday morning (if you can call 2 a.m. the “morning”).

I expect Fowler to be in contention as he’s the only golfer to finish top five at each of the first two majors of the season and he finished T8 at the Scottish Open last weekend in a little warmup for the main event.

“I just love links golf, especially hitting shots back into the wind. Downwind is fun, but playing the opposite way is better. You have to hit the ball in the middle of face and control the flight of the ball. That’s not quite the norm on tour.

“We play in windy conditions obviously – and the greens are firm on the PGA Tour – but the air over here is heavier and affects the ball a lot more.”

The wind will almost certainly play a factor at Hoylake — site of Tiger Woods’ emotional 2006 win after his pops passed away — and so will the internal out of bounds area and (mostly) the par 5s.

When Woods won in ’06 he was 14 under on the par 5s. I don’t know if Fowler has that in him — he’s 92nd in par 5 performance on the PGA Tour this year — but if he does I think he can win his first major. I also think that if and when he ever does win a major the Open will be where it comes.

Uihlein and Mahan are longer shots. Literally with Uihlein as he’s 250-1 to win the tournament (a good bet, by the way) and Mahan has just had poor form (for him) all season.

As for the tournament itself, I’m stoked. Tiger’s back (adverb not noun!), Lefty’s FIGJAMin, and Rory is Jimenezing.

The Open is my second favorite tournament behind Augusta. And this year it’s at a place (Royal Liverpool or “Hoylake”) about which the following was once said:

“Hoylake, blown upon by mighty winds, breeder of mighty champions.”

Pretty sure nobody ever said that about the John Deere Classic.

Plus there’s this swirling thought that’s been building all season: we’ve yet to have a classic tournament in 2014. The Masters was fine, if not boring, and the US Open was a blowout. if we can get a handful of the top guys to all have great weeks on the same week we could be in for a gem.

And I’d argue that outside of the Masters this is the one that means the most to the golfers.

Graeme McDowell said earlier this week, he’d cut off his left arm for the Claret Jug.

It’s the prize with all the stories.