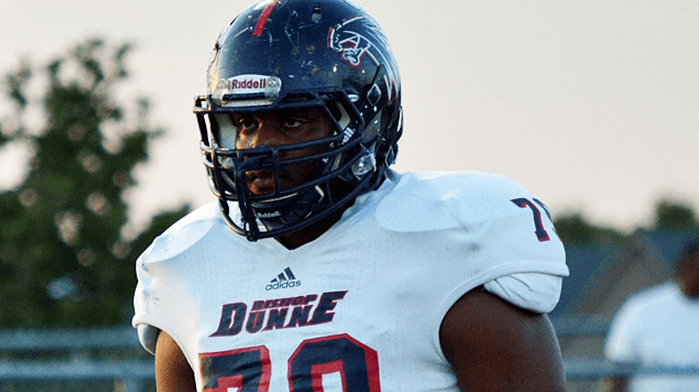 National signing day is only a few months away, and there are several top-rated recruits that have their eyes on the Cowboys.

For what is usually a strength on the recruiting trail, the Cowboys only have one wide-receiver commit, three-star speedster Jalen McCleskey.

Gundy and company have been pursuing another receiver, Tyron Johnson, since December of last season when he was offered a scholarship. Johnson is a five-star receiver from New Orleans who holds offers from OSU, Auburn, Texas Tech, Clemson, LSU and Mississippi State among others. Johnson is a quick receiver with elite speed and great hands.

Johnson named Oklahoma State in his final 10 schools in August, and he had this to say about OSU after his visit: “Oklahoma State had some real nice facilities and I really like Coach Eric Henderson. He is a New Orleans guy so it’s like a little piece of home is up there. They play in the Big 12 and you know how much they throw the ball in that league.”

Another prospect to keep an eye on is four-star offensive guard and Casady High School product Josh Wariboko.

Wariboko was previously committed to OU before deciding to decommit in April, and was offered by OSU the following day.

The Cowboys have five offensive lineman verbal commits in the 2015 class, and the offensive line has certainly been an area of emphasis in this class.

The Cowboys have only one linebacker, Za’Carrius Green, currently committed in the recruiting class that will wrap up in February.

Folau was committed to Stanford before deciding to open his recruiting back up after not meeting the ACT requirement for Stanford.

The 6-foot-1 linebacker is a team captain and student body president at East High. Folau is considering OSU along with UCLA, Utah, USC, Oregon and Washington.

There are two defensive tackle prospects that are interested in the Cowboys. The first, Darrion Daniels, is a four-star prospect who made a visit to Oklahoma State last weekend for the Texas game.

The second is Tim Settle, a 6-foot-3 300 pound thumper from Manassas, Virginia. Settle is an alpha on the football field, finishing his sophomore season with 72 tackles, 25 tackles for loss, three sacks, five pass deflections, and two fumble recoveries. 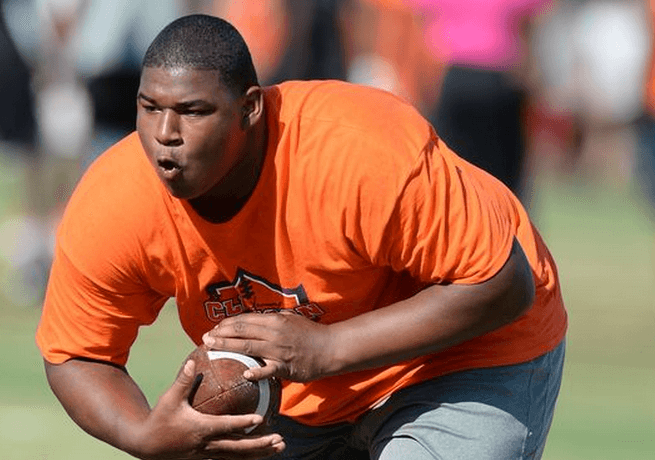 Tim Settle is a MONSTER. (Via Gannett)

Settle has made several visits to Stillwater, and the five-star defensive tackle seemed to enjoy his visit last time he was in Stillwater. “It was really fun, it was a great time,” Settle said of his Oklahoma State visit in the Washington Post.

“Their weight room was top notch. It had everything you needed that most colleges don’t have, and their training coach was amazing. The campus was beautiful.”

The 2015 football recruiting class, ranked 29th in the nation according to 247, already looks pretty good. With the addition of any of these recruits the class could very well be on its way to a top 25 national ranking by February.