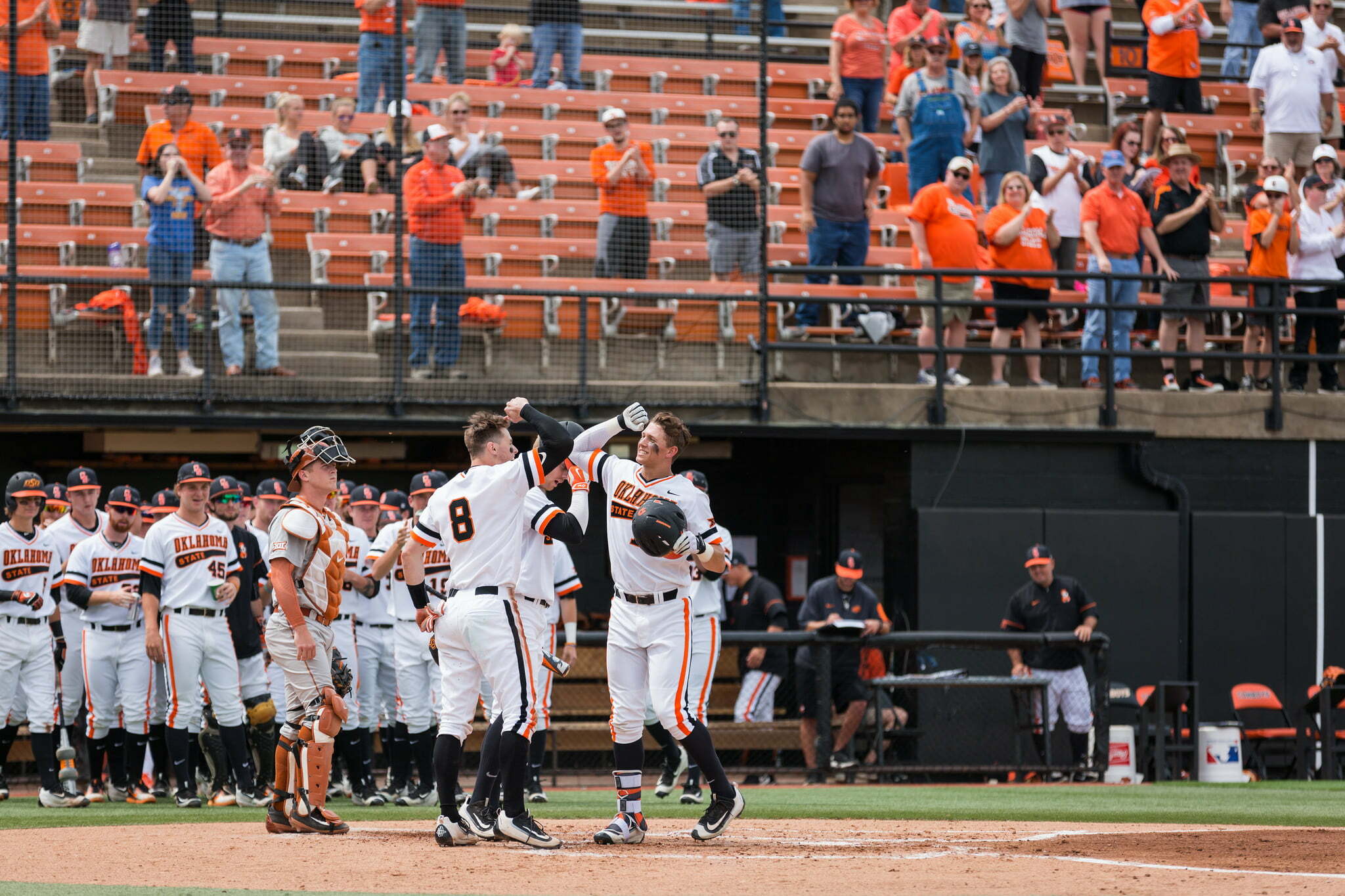 Tis (almost) the season for sunflower seeds and seventh-inning stretches.

Oklahoma State baseball coach Josh Holliday and a handful of players were made available to the media Tuesday afternoon as part of a baseball and softball media day. The discussions covered a variety of topics, so here are some takeaways.

Cowboys are riding momentum from 2017 season

There are only four seniors on this year’s team, but what OSU lacks in age, it makes up with experience. The Cowboys’ remarkable run to a Big 12 championship last season is a big reason for that. A whopping 16 freshmen lined OSU’s roster last year, most of which return for their sophomore campaign.

“We had a number of young players last year get involved in a positive way,” Holliday said. “Those guys are a year older, a year better.”

The run that ended with a dogpile following a victory against Texas seemed improbable considering how the season started. Holliday’s squad was 6-14 in Big 12 play at one point, but they finished as the first 8-seed to win the Big 12 Championship.

Junior catcher Colin Simpson said he thinks the Cowboys can take a lot of the momentum from that experience and funnel it into this season.

“We’re definitely riding some momentum from the Big 12 Championship, especially because we had so many freshmen starting in that game,” Simpson said. “Having those six or seven guys from that starting lineup still here is going to help us carry a lot of momentum back, which is a big thing.”

Expectations are large within the program

The Cowboys won a national championship in 1959 and have returned to the title game six times since, but Holliday is trying to make it seven.

“We want to win a national championship,” Holliday said. “That’s what we’re shooting to do. We’re trying to be the very best.”

OSU is less than two years removed from an appearance in the College World Series. That, combined with the aforementioned run through the rest of the Big 12 last season, is a good enough reason to believe that feat could happen sooner rather than later.

“We wanna win the national championship,” Holliday said. “Absolutely. That’s what we’re shooting to do. We’re gonna try to be the very best … last year’s team we’ve talked about several times, lessons of perseverance and never being down and out. We learned that, that’s for sure. The team before took us to the brink.”

A new baseball stadium is in the works

Allie P. Reynolds Stadium opened in 1981 and has hosted nine NCAA Regional tournaments, but the Cowboys are in need of a new facility.

“We’ve had a really aggressive position on our stadium for a long time,” Holliday said. “It’s a huge project, it’s an exciting project. We’re getting very close, I think, to having the funds that coach Holder and administration feels necessary to make that project come to life.”

Holliday said he doesn’t have an exact date as to when that will be, but he had some positive things to say regarding the progress.

“We’re close,” Holliday said. “When you see what it’s gonna look like, and the type of project it is, it’s pretty magnificent. It’s not small.”