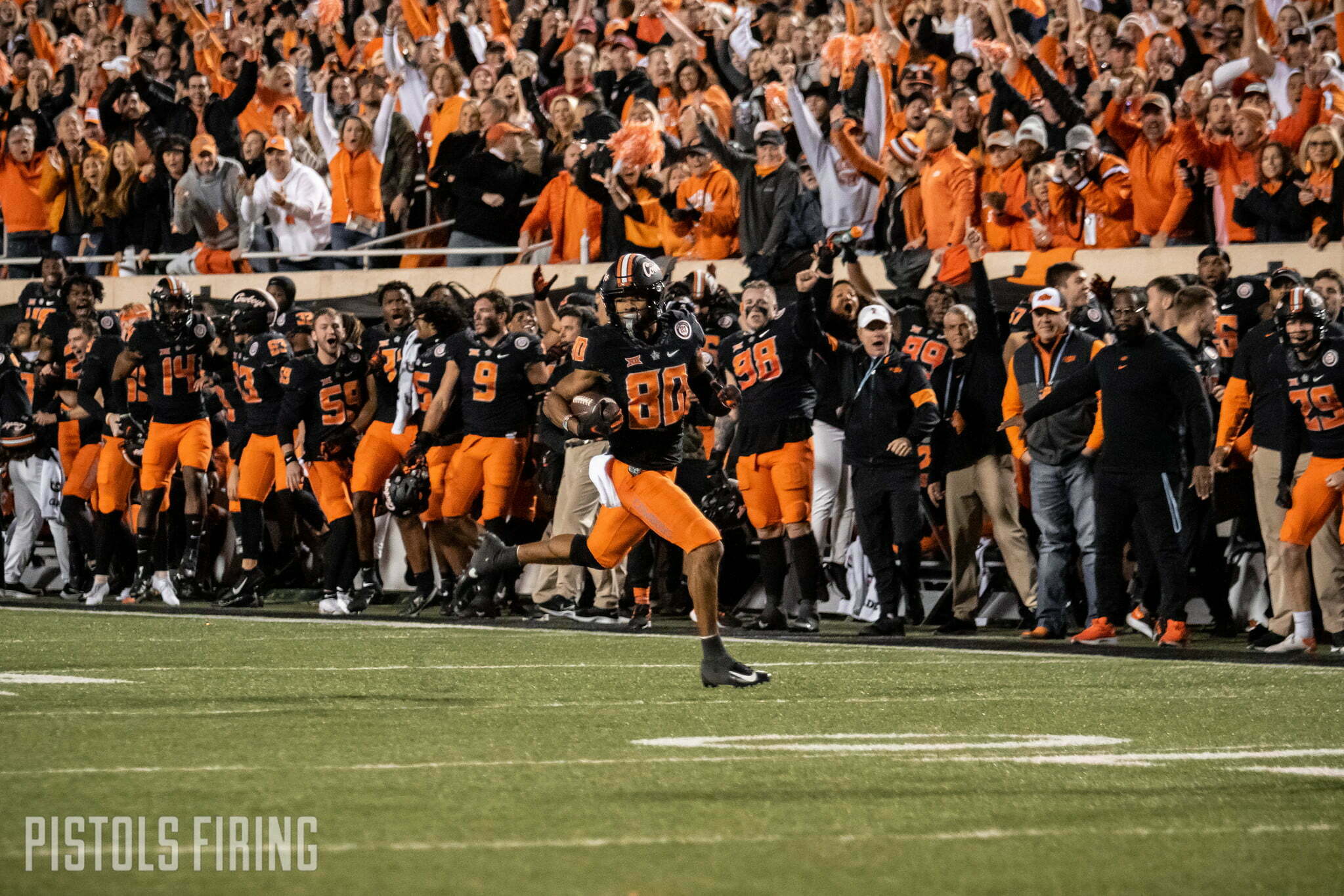 Oklahoma State won just its third game against Oklahoma during the Mike Gundy era, and the Cowboys did more than just box the Sooners out of next week’s Big 12 Championship game and avoid a first-ever Bedlam rematch. They kept their playoff hopes alive.

Thanks to another big rivalry trend that was bucked in Ann Arbor earlier in the day, the whispers of the Cowboys having a shot in this year’s College Football Playoff have now waxed into a full-blow discussion. If the Pokes beat the Baylor Bears for the second time this season, the currently No. 7 Cowboys will have added two Top 10 wins to its resume.

A ton can still happen between now and Selection Day, but a ton of the credit for the Cowboys’ current favorable predicament can be laid at the cleats of native Oklahomans who grew up dreaming to play in their own Bedlams some day.

So, I thought it might be fitting to relive some of the highlights made by Okies during the Cowboys’ Bedlam win.

Brennan Presley was not flawless during his first Bedlam in Stillwater. If the Cowboys hadn’t pulled it off, one play of his might have seemed disastrous. But the Bixby native will forever live in OSU lore for his 100-yard kickoff returned for a touchdown.

He hauled in three catches for 40 yards and added a 42-yard kickoff return to set up OSU’s second TD as well as that full-field score. His 174 all-purpose yards was a career-high.

Malcolm Rodriguez said earlier in the week that he didn’t need Big 12 ramifications or CFP possibilities to get him ready for Saturday night.

He was definitely locked in, leading the team in tackles (11) and tackles for loss (3) while sharing the lead in sacks (2) with another Oklahoman.

Oologah’s Brock Martin put his imprint on the game with this fumble recovery.

The true freshman was credited with two tackles on Saturday night, and both were sacks. The second one sealed a Cowboy win.