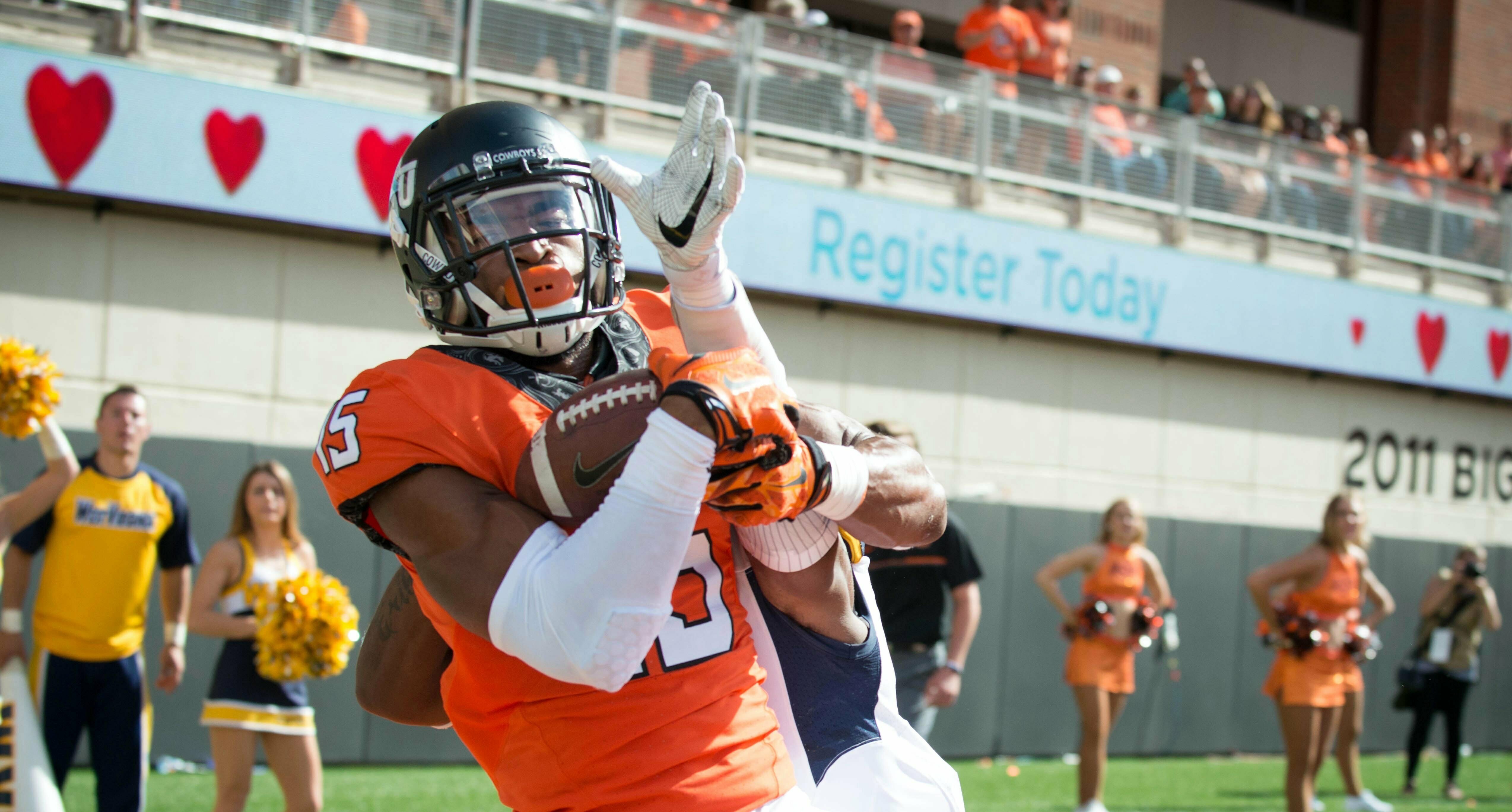 If you guys aren’t reading Pro Football Focus, you should be. I didn’t know about it coming into this season, but Zac Robinson scouts and writes for them (Zac Robinson, blogger … lol) and they do outstanding work. They recently broke down Bedlam and pointed out just how many studs will play this game as well as where the Big 12 might be won (you’ll be surprised). First, the stars.

Interior defender Vincent Taylor has been one of the best at his position in college football this year, especially more recently. Since Week 6, only Alabama’s Johnathan Allen has graded better than Taylor among interior defenders.

That seems like decent company to be in! Jonathan Allen is the guy who did this.

There are few running backs that possess the overall abilities that Joe Mixon does, and there are even fewer playing at the level that he is right now. At 87.1 overall, he’s the third-highest-graded running back in the country. He’s one of just five running backs to have over 1000 yards rushing and 400 yards receiving, and has done so with just 184 touches. To put that in perspective, none of the other four did it in less than 262 touches.

I hate saying it, but Joe Mixon is a dog. He will be the best player and the best pro prospect on the entire field on Saturday. That matters less in football than it does something like basketball, but it will still matter.

There’s been arguably no hotter quarterback over the past five weeks than Mason Rudolph. He’s our highest-graded quarterback in that span, having thrown for 1,320 yards and 11 touchdowns to just two interceptions in that span. What’s been most incredible is his play under pressure in that span. He ranks third in the nation with an adjusted completion rate of 76.0, and has a passer rating of 118.3 when under duress. He’s made big time throw after big time throw, and now sits tied for second in the country with a grade of 91.8.

Watch him step up in the pocket on this throw. It really is his best attribute.

Since the Week 3 Ohio State debacle, Maybrook has been the most prolific QB-WR duo in the country. They’ve connected on 53-of-66 passes for 1,194 yards and a nation-leading 15 touchdowns.

Who is Ramon Richards? Ramon Richards is the CB who will probably be on Dede. PFF talks about why that might not go as poorly as you think (but probably will) here.

Hill is currently second in the Big 12 with 598 yards after contact this season, and has been playing his best football the past three weeks. He’s averaging more than 7.5 yards per carry in that span. On top of Hill playing well, Chris Carson has finally been living up to expectations after coming back from his injury. He’s very quietly leading the Big 12 with an elusive rating of 157.1 thanks to 28 missed tackles forced on just 71 touches.

More on Carson’s elusiveness rating below.

Oklahoma has by far the most skilled pass-rusher in this game in Ogbonnia Okoronkwo, but not much else past him. Okoronkwo has eight sacks, 10 hits and 28 hurries, which alone accounts for over 25 percent of Oklahoma’s total pressures as a team.

How The Game Could Be Won

[Freshman Jordan] Parker has not played particularly well in coverage since taking over as the second corner in Week 6. He’s given up 24 catches on 48 targets for 338 yards and five touchdowns, while himself recording just a single pass-breakup in that span. But those numbers don’t do his struggles justice. He’s been beaten deep on an additional six other passes that ended up incomplete due to a missed throw or dropped pass. His 45.6 coverage grade ranks 40th among corners in the Big 12 alone. He’ll be tasked with shutting down Lacy and Seales, who split time at the second receiver position.

A freshman corner on Chris Lacy? I’m here for that. OU might be able to shut down The President and Jalen McCleskey, but the emergence of Lacy at the end of the season might prove to be the best thing that happened to this team before taking on an injury-riddled OU defense that has also been depleted by players leaving the program.