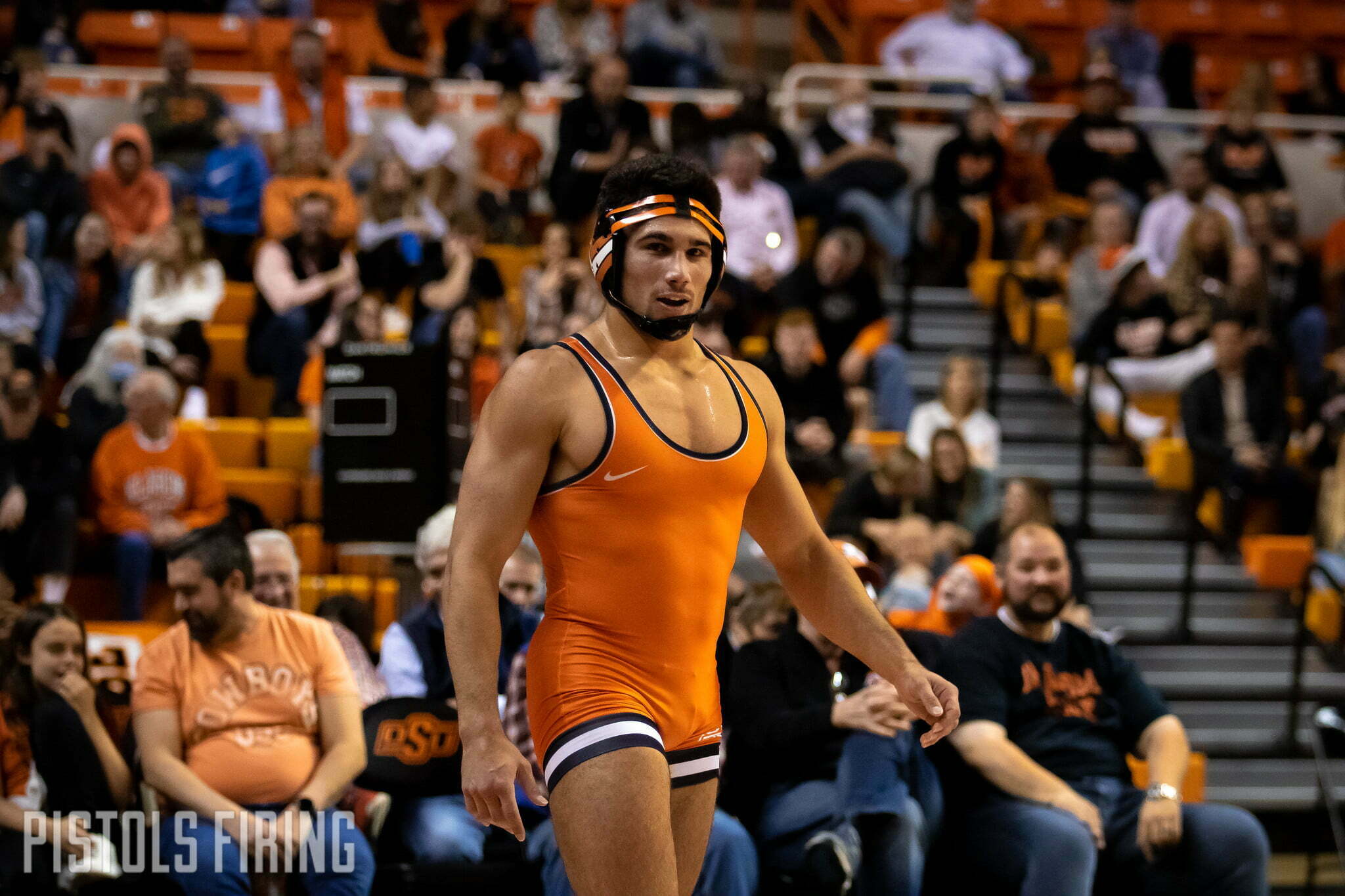 AJ Ferrari signed a deal with Nearfall Clothing not long after July 1, when the NCAA announced athletes would be eligible to make money on their name, image and likeness.

Initially, Ferrari’s clothing line was predominately T-shirts, shorts, hoodies and other similar items. But now he announced his first signature pair of shoes.

The “Ferrari Classic” in white and black and the “Cowboy” in orange, white and black are the two current options available. The shoes range in price from $95-$115 depending on the size. They’re available for sale on his website.

Ferrari won an NCAA Championship as a freshman at 197 pounds in 2021 after going 20-1 on the season. He was 10-0 in his sophomore season before a car crash put him out for the year.