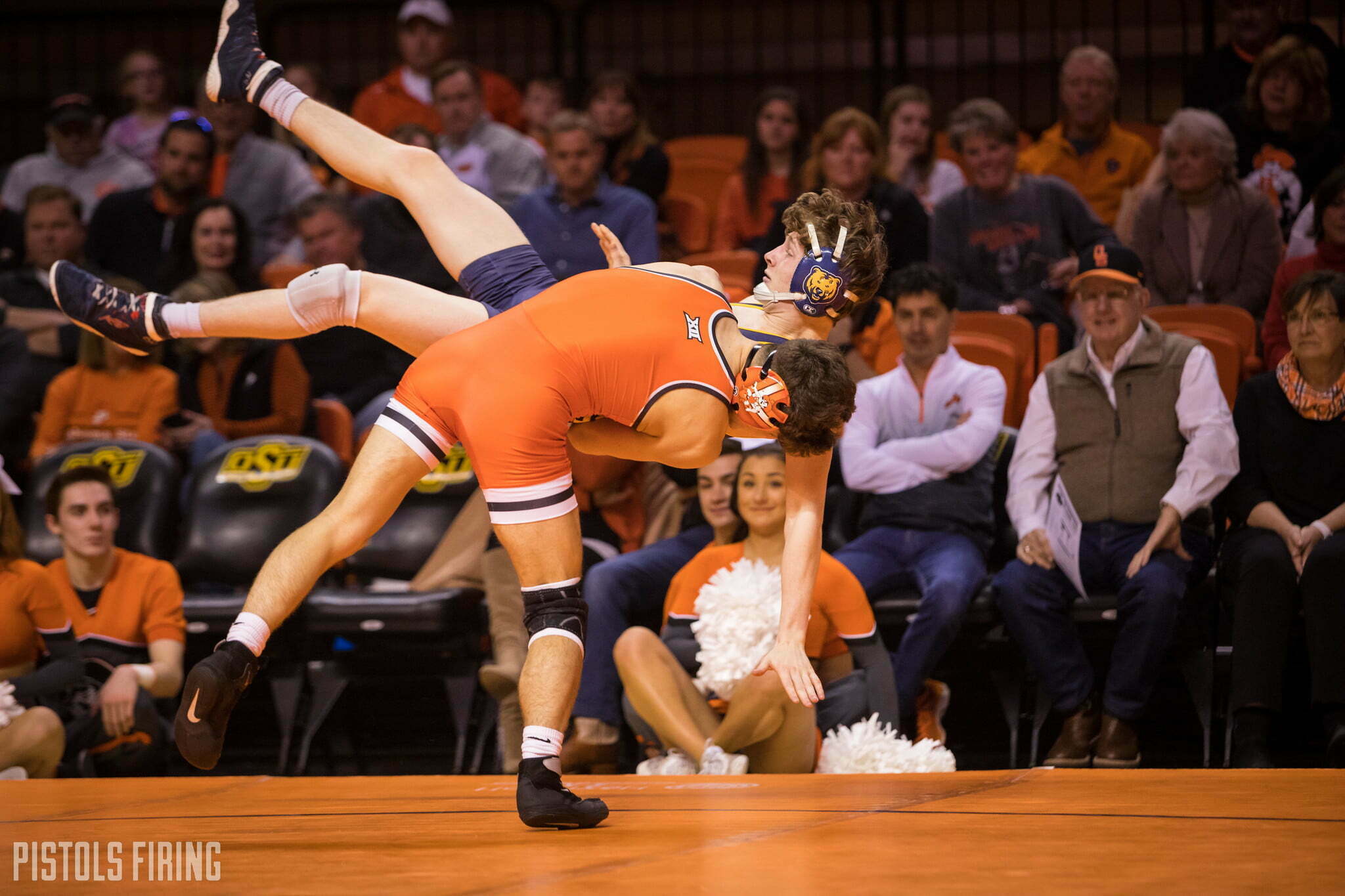 UWW Junior Nationals was this weekend and three OSU-bound wrestlers — and one of their younger brothers — were in the heat of the competition.

In the finals, Ferrari locked up with Missouri’s Rocky Elam in a matchup that most had penciled in once the brackets were laid out.

In a match that some expected to be competitive, Ferrari picked apart Elam with a 6-1 win, only giving up one pushout point in the final seconds of the match. Ferrari outscored his opponents 37-1 in the tournament this weekend.

It’s of note that Elam finished fifth at Senior Nationals last month and knocked off multiple former NCAA All-Americans in the process.

Oklahoma State had two persons of interest wrestling at 65 KG. Victor Voinovich, who signed with the Cowboys this week, and Anthony Ferrari, the younger brother of star freshman AJ Ferrari.

Both Ferrari and Voinovich dominated their way to the quarterfinals where Ferrari matched up with Bryce Andonian and Voinovich had a potential future Bedlam preview with OU’s Cam Picklo. Voinovich was up late then gave up a four-point throw with seconds remaining to fall 5-4. Ferrari dropped his bout to the eventual tournament runner up 12-2.

Ferrari came back on the consolation side with a solid win over Cornell’s Josh Saunders, followed by a few injury default victory’s and an 11-1 tech over Legend Lamer to finish third.

Reece Witcraft had a strong run to the quarterfinals before matching up with tournament finalist Angelo Rini. Witcraft fell to Rini 9-8 and in his first consolation match fell to Chance Lamer. Witcraft was up in the second before he was thrown and pinned at the 4:58 mark of the match.