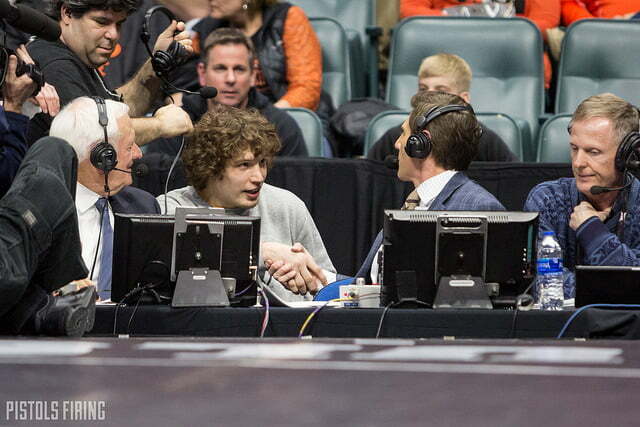 Former OSU wrestlers Alex Dieringer and Jordan Oliver both took part in AWL-1 on Friday night, and both notched wins in the debut of the new “pro” wrestling vehicle, American Wrestling League.

Jordan Oliver had the most anticipated match of the night and also probably the most exciting one. He had a wild 5-point throw, got up big, then fended off a comeback effort from Zain Retherford to win 13-11

Whoa, J.O. @that_dude_JO scored 5⃣ late in the first period and held on for a 13-11 win against Zain Retherford at 65 kilograms. pic.twitter.com/yS9HxSY4OF

And possibly the most important thing, they were paid. Both made $7,500 for their wins. That’s not much money when compared to most professional sporting events, but wrestling has had a hard time developing a “pro” model that gets their athletes paid. It will be a good thing when they do.

Here’s Dieringer after his match. He gives a little insight on his future plans and his thoughts on the event.

Alex Dieringer talks about his 4-2 win against Isaiah Martinez in the 79-kilogram bout at AWL I.@AWLToday @ringing57 pic.twitter.com/75iZNvdJrH