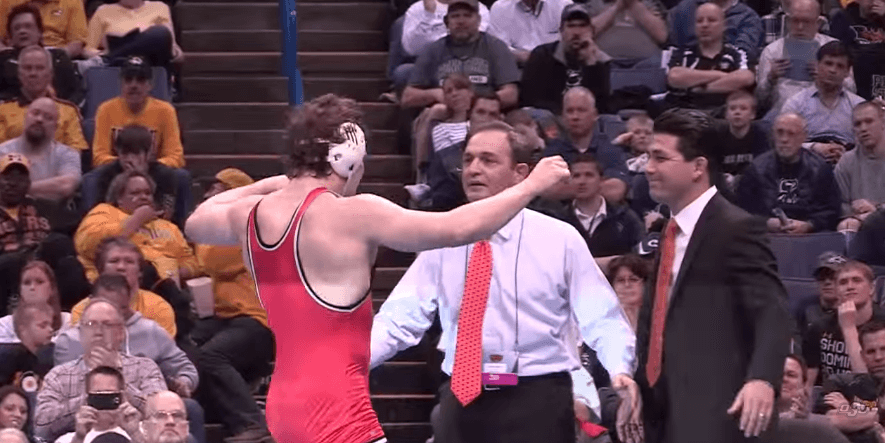 Alex Dieringer won his 100th collegiate match last weekend in St. Louis and, as the round-number gods would have it, took home his second straight NCAA title.

It’s OSU’s 139th individual national champion ever but its only of this season.

“Coach always told me the second one’s harder,” Dieringer said.[1. What about the third one?] “So I feel like this one feels a lot more special to me. Just coming back and going undefeated … And moving up, too, which made it a lot harder. So I feel like I did pretty good this season.”