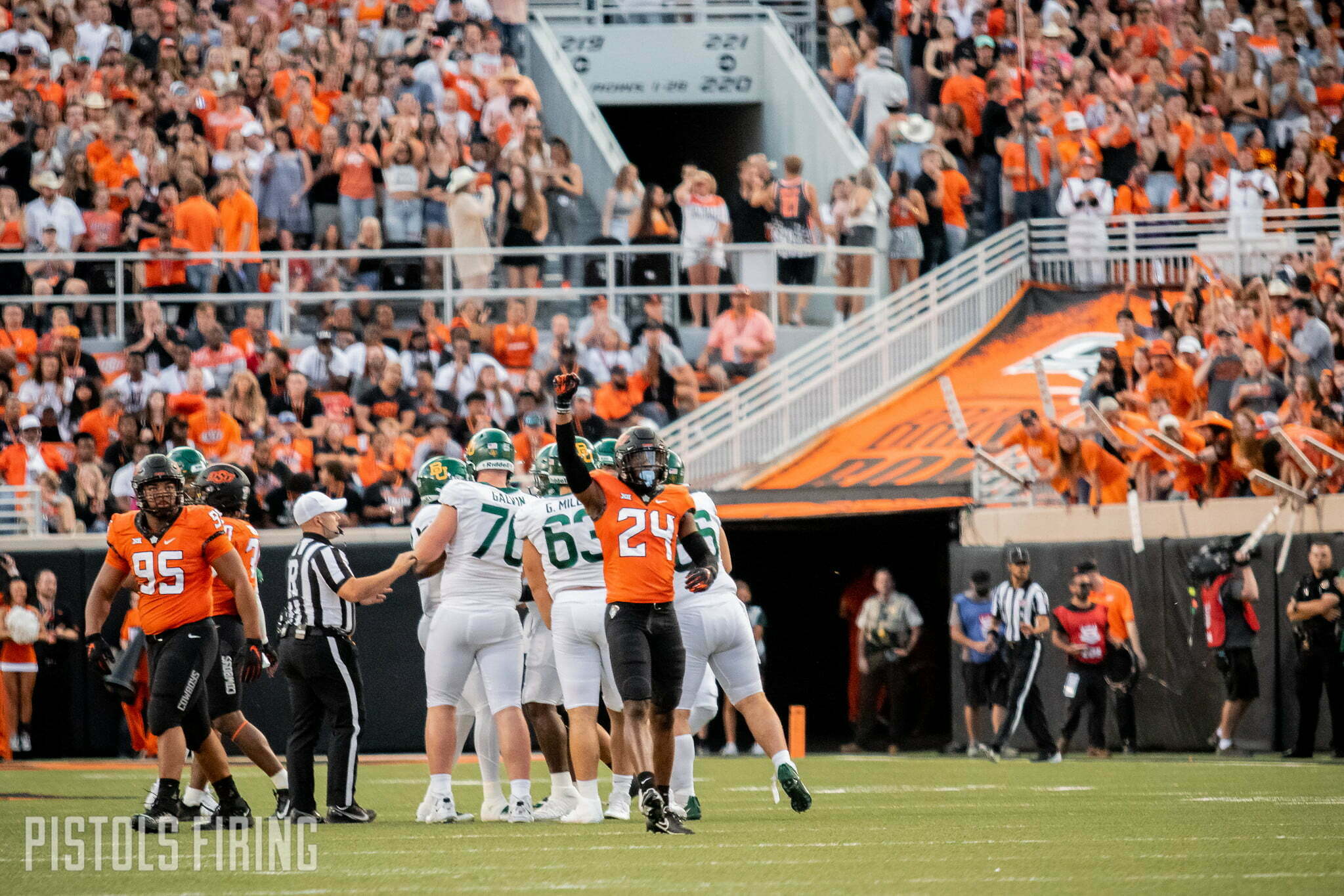 LSU announced the signing of Jarrick Bernard-Converse on Wednesday. Bernard-Converse was a senior this past season but has an extra year of eligibility remaining because of the pandemic. Bernard-Converse started 47 games in his Oklahoma State career, amassing 51 tackles and 11 pass breakups in OSU’s Fiesta Bowl-winning 2021 season.

Out of Shreveport, Louisiana, Bernard-Converse joined OSU as part of its 2018 recruiting class. He was the No. 1,087 player in his class before earning starts at safety as a freshman. He then transitioned to corner later in his OSU career.

Bernard-Converse’s exit means the Cowboys have a good amount of holes to fill for newly appointed defensive coordinator Derek Mason’s defense. Here are a list of starters from this past season who will need to be replaced:

The Cowboys’ defense was deep this past season, though, and OSU’s depth at corner started to shine through in the Fiesta Bowl. Against Notre Dame, sophomore corners Jabbar Muhammad and Korie Black combined for 11 total tackles, and Muhammad has a pair of pass breakups. With Bernard-Converse and Holmes leaving, Muhammad and Black will be the favorites to start at corner next season.