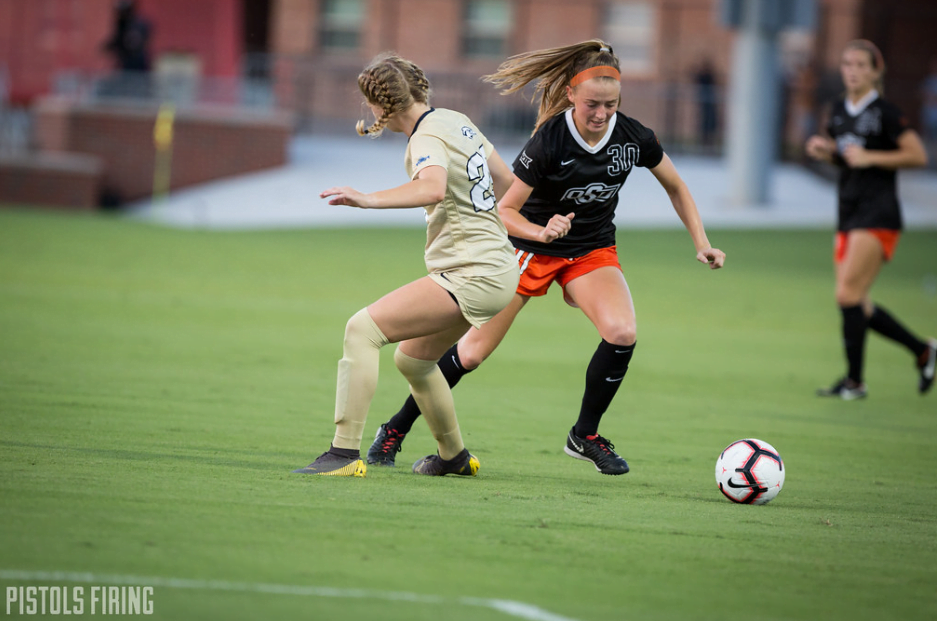 Oklahoma State’s fall slate of sporting events is beginning to ramp up.

All few Cowboy and Cowgirl squads got their seasons kicked off this past week, here is a recap of some of the action.

The Cowgirls drilled Oral Roberts on Sunday night in their home opener.

OSU won 4-0, and the game was only tied for 18 seconds. That’s when Mississippi State transfer Gabriella Coleman scored her second goal of the season with a left-footed, cross net finish.

There was then a long scoring drought until the 73rd minute when freshman Olyvia Dowell netted her second goal of the year. Two minutes later she scored her third. Dowell’s first goal of the night came off a cross into the box. Her second goal was all her, as she dribbled through two defenders before striking the ball into the bottom-right corner.

Through her first three games of collegiate soccer, Dowell has three goals and two assists, both tied for team highs with Jaci Jones.

Julia Lenhardt added the final goal in the 78th minute when she took a shot from well outside the box. Oral Roberts goalkeeper Allison Austin tried to tap the incoming ball over the bar, but she didn’t get enough on it. The ball skipped over her into the back of the net.

The Cowgirls will host Central Arkansas at 7 p.m. Friday and Saint Louis at 1 p.m. Sunday, with the latter being on ESPN+.

After all the OSU men’s golf team lost after last season, growing pains were probably expected.

The Cowboys finished tied for sixth in the eight-team Carmel Cup this weekend with a 3-over 1083. Their best round of the event came Sunday, finishing the day with a 5-under 355.

OSU junior Austin Eckroat finished tied for 13th, the highest of any Cowboy. His three-round total was a 5-under 211, but his 7-under 65 on his Sunday round was tied for the best round of the weekend.

Senior Ferdinand Müller was the next Poke on the leaderboard, finishing tied for 20th with his one-under 215. Freshman Brian Stark was right behind, finishing T23 at an even-par 216. Freshman Rayhan Thomas finished tied for 28th with his 219, sophomore Aman Gupta was T38 at 224 and freshman Dillon Stewart finished 46th at 230.

Texas Tech won the event with a 35-under 1045. Oklahoma came second six shots behind the Red Raiders at 1051, and Arkansas came third, finishing a shot behind the Sooners.

The Cowboys will next be in action Sept. 20, at the Fighting Illini Invitational at Olympia Fields Country Club.

OSU men’s cross-country runners finished 1-2-3 at the Hurricane Preview in Tulsa this weekend.

The Cowboys finished atop the team standings, well ahead of second-place Arkansas.

Haley Geissler was the top-placing Cowgirl in the two-mile women’s race, finishing in 13:25 and in 12th. Geissler was one spot ahead teammate Ryan Isenock, who finished in 13:28.

The Cowgirls finished the event in fourth in the team standings.

The cross-country teams’ next event isn’t until Oct. 5, when they’ll race at the Chili Pepper Invitational in Arkansas.