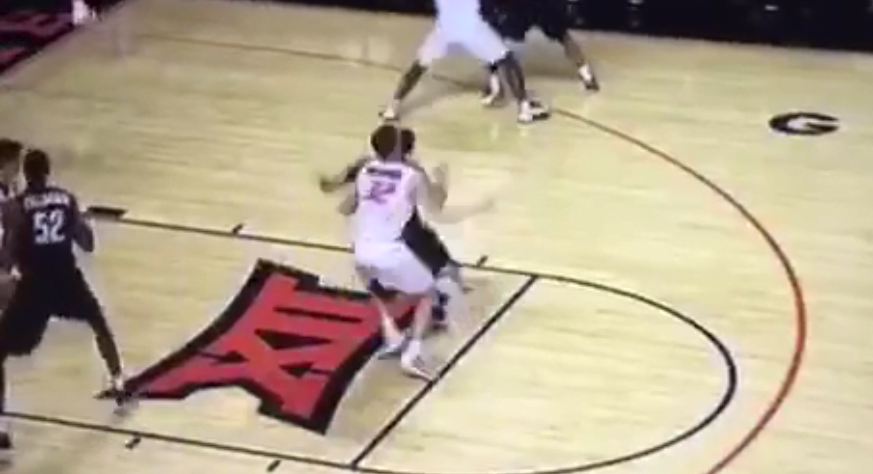 During the second half of the Oklahoma State-Arkansas-Pine Bluff on Wednesday, a nasty collision went down between Brad Underwood’s son, Tyler Underwood, and UAPB’s Marcus Wallace. Here is the video:

It was clearly an incidental contact as Wallace came across the lane. Underwood flat out just didn’t see him. He was definitely feeling the lick the day after.

And more importantly, he made sure to wish Underwood a speedy recovery and let him know he was praying for him.

Praying for speedy recovery to the guy I knocked head with in last nights game ?? @OSUAthletics @OSUMBB

We both suffer concussions but I believe his pain is far more worst than mine. Get well young fella @OSUAthletics @OSUMBB

Tough to see young men suffer nasty injuries that affect them like a concussion during a game. But what a tremendous show of sportsmanship for the UAPB sophomore. Hopefully all parties involved get well soon.