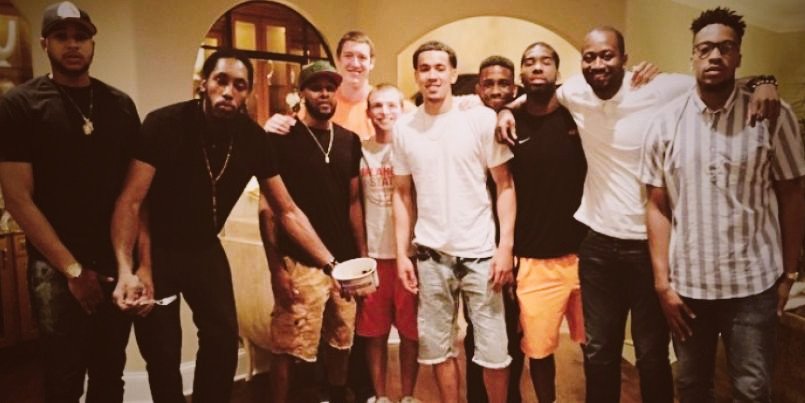 This week, the basketball team has been busy, freshman are customizing their own OSU shoes, and Ashton Lampkin takes #BodyByGlass to another level.

Igor Ibaka has arms of steel. Anthony Allen’s comments are so great.

"That boy's arms are made out of steel." – Anthony Allen on his new teammate @igor_ibaka. #GoPokes #OKState

Check out freshman Kenneth McGruder (right), who does not look like a freshman. pic.twitter.com/B43h0K57Kl

Phil looks so tiny in this picture.

Ashton Lampkin is extremely ripped. All 3 of him.

Beware: This snip will get you excited.

Football season is right around the corner. ??