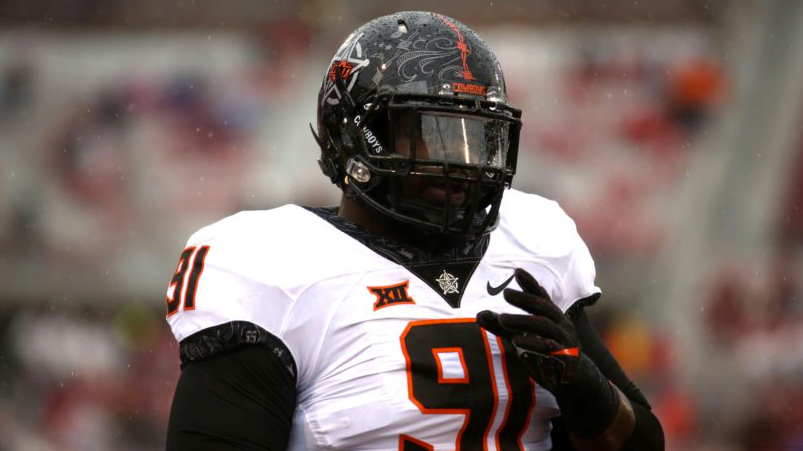 Football season for Oklahoma State ended a week ago. That means we have national signing day, spring practice, summer workouts, and fall training camp before we can seriously talk about football returning to Stillwater.

But it’s never too early to look ahead with who could be ranked in the top 25 for 2017. Thanks to Athlon Sports, they handed down it’s early projection for the teams expected to make that list.

Oklahoma State made the list for the No. 11 projected team in the preseason for next season. Here’s the full rankings if you want a peak.

Here’s what Athlon said about the Pokes chances on being a fringe top-10 preseason team.

The big-play connection of quarterback Mason Rudolph to wide receiver James Washington is more than enough to keep Oklahoma State in the hunt for the Big 12 title next year. The Cowboys also return promising running back Justice Hill (1,142 yards), and there’s optimism the offensive line will continue to improve behind guard Marcus Keyes and tackle Zach Crabtree. Washington has plenty of support at receiver. Jalen McCleskey returns after leading the team with 73 catches, Marcell Ateman returns from injury, and LSU transfer Tyron Johnson is eligible in 2017. The early departure of tackle Vincent Taylor is another loss on a defense that must replace cornerback Ashton Lampkin, safety Jordan Sterns and linebacker Jordan Burton. The schedule features road trips to Texas, West Virginia and Pitt next year, but Oklahoma, TCU and Kansas State come to Stillwater.

With both James Washington and Mason Rudolph back for their senior year, and Justice Hill coming back from his freshman all-american season, expectations will be very high for the Cowboys with their sights set on achieving a Big 12 title.