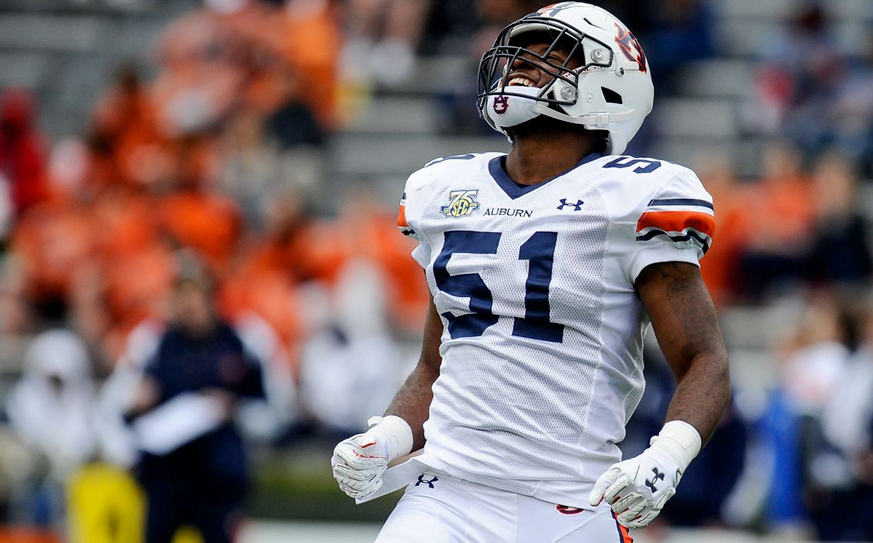 Auburn reserve linebacker Richard McBryde entered the transfer portal in March, and he may exit it wearing a brighter shade of orange.

According to GoPokes.com, the veteran linebacker made an official visit to Oklahoma State on an official basis last week as he seeks his new home. McBryde was a four-star prospect coming out of high school who played in 23 games during his four years with the Tigers.

Former Auburn linebacker Richard McBryde, a former four-star recruit out of Troy, Ala. and a former Alabama High School Defensive Player of the Year visited Oklahoma State officially last week. McBryde has his degree and played part of two seasons for Auburn, but missed all of last season following a neck injury that required surgery. McBryde, before making a decision on a school, is going to an independent doctor to be checked out and hopefully, cleared to resume his football career.

McBryde’s situation is a unique one in that, as GoPokes.com notes, he brings experience but also some question marks. He missed the entirety of the 2018 season due to injury, and he’s still waiting to be cleared by doctors from it before resuming his football career.

If McBryde can get McHealthy, OSU could be in luck. Not only do the Pokes have a need at linebacker, but McBryde is immediately eligible because he is a graduate transfer. At 6-foot-1, 232 pounds, he could at least be a quality depth piece in the wake of Patrick Macon’s transfer at inside linebacker because of his sheer size.