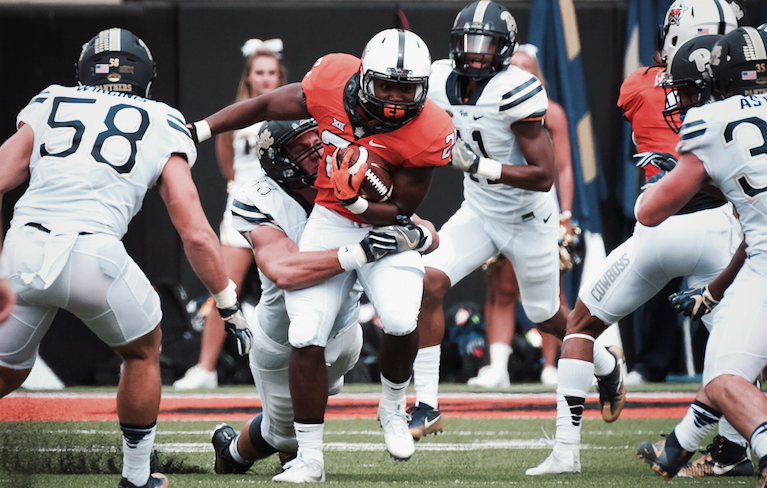 In the final game of the regular season, Barry J. Sanders had his breakout game on special teams for the Cowboys. He was named Big 12 special teams player of the week for his performance.

#Big12FB: Sanders set career bests with 138 all-purpose yards and a 56-yard kickoff return in the @CowboyFB's game at Oklahoma. pic.twitter.com/RoC2PQMZ1r

Sanders recorded 138 all-purpose yards, including kickoff returns of 56 yards and 49 yards that put Oklahoma State in favorable field position. The biggest return came just before the half, with the teams tied at 17 with under a minute remaining.

Unfortunately OSU wasn’t able to parlay the return into points. Instead they elected to run the clock out rather than trying to steal points before the half and capitalize on the big gain.

The two returns were not only the best of his career, but also the longest kickoff returns for OSU the entire season.