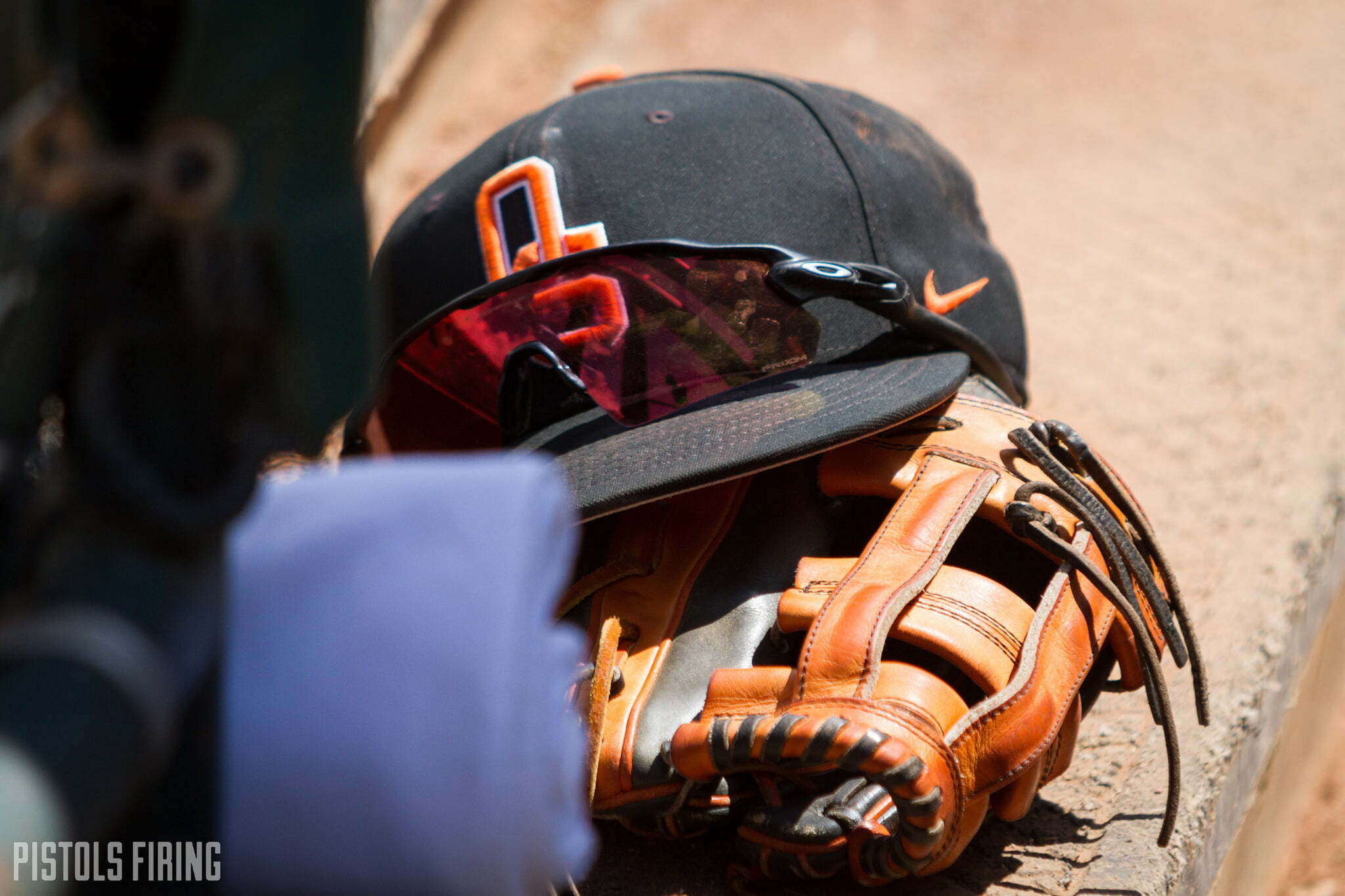 STILLWATER — The Oklahoma State baseball team hosted its media day Monday, with the Cowboys starting their season Feb. 15 with a trip to UT-Rio Grande Valley.

Here are some highlights from Monday’s festivities.

O’Brate Stadium on the Horizon

The last regular season game in Allie P. Reynolds Stadium is May 18.

Allie P. opened in 1981, and after 38 years, the Cowboys will head down the block to O’Brate Stadium to play their 2020 season. O’Brate’s construction is coming along nicely at Washington and McElroy. After year by year of a new baseball stadium being a hypothetical, this season there’s physical evidence of one on the way.

“At one streak, I went over there three times a day during Christmas break,” OSU coach Josh Holliday said. “I was bored. Now, it’s probably reduced down to one. It’s just neat to see how those guys built things. They’re great people. It’s been an amazing experience to see something go up and the pride they’re taking in putting that facility together.”

In recruiting, Holliday said any potential prospect who has been in campus since last March has been out to the construction site to see what their future could entail.

“Players want to see the space and know where they’re gonna spend their time developing as people, as students and as ballplayers,” Holliday said. “Everybody wants to be part of something special. I don’t know of anyone that says, ‘I wanna have an average experience.'”

For the first time in a long time, it looks as if the Cowboys finally have a healthy group of pitchers.

Right-hander Jensen Elliott was a freshman All-American and a starter in the Cowboys’ 2016 College World Series team. The following year, Elliott made only four starts before season-ending Tommy John surgery. That recovery process also saw him miss the most of his junior season, as he appeared only four times last season, all in relief.

“Jensen was a big-time pitcher three years ago,” Holliday said. “He was a Sunday starter on a College World Series team, and a heck of a good starting pitcher as a true freshman. … Having Jensen back is a huge shot in the arm for our team. He’s a leader. He’s a high-end person, a high-end student. He takes everything he does seriously. Getting him back is a, my gosh, that’s a huge kid to get back.”

Elliott went to the Cape Cod Baseball League this summer, where he and Holliday said he was offered free agent deals with MLB teams, but it was important for Elliott to finish his OSU career. Elliott said he has no limitations mentally or physically heading into his senior season.

“This is definitely the best I’ve ever felt in my entire life,” Elliott said. “I have no arm problems at all. My mental health is at a good place right now, so I’m very happy with where I am.”

The Cowboys also have Mitchell Stone back off a freak injury last season. Two starts into the year, Stone stepped in a sprinkler hole on a practice field during the Cowboys’ Arizona State trip, where he broke his foot. Stone received a medical redshirt, so he’ll enter this year as a redshirt freshman.

“He did an amazing job with himself over the course of the season of staying in great shape despite his foot injury,” Holliday said. “Really matured, I think, as a young man and as a student and went off and had a really, really good summer in Cape Cod and has come back this year. His work ethic is top-shelf.”

Holliday said lefty Parker Scott is also healthy for the first time in a while after missing all of last season.

Logan Gragg joins the Cowboys as a junior after spending a few seasons at Connors State. Gragg came back from Tommy Johns as a sophomore at Connors State and finished 6-0 last season. He is a right-hander listed at 6-foot-5. Holliday said his fastball is in the low to mid 90s, and he has a good changeup and developing slider.

Gragg will join the already existing arms, which include Joe Lienhard who is used as a bit of a utility pitcher, slotting in, in a handful of scenarios.

In the past two seasons, Colin Simpson has started 72 games at catcher, including 43 games last season.

It’s a position that can be tough on the body, and it looks like Simpson, a key returner, will get some relief in that aspect this season, freeing him up to play some in left field and at designated hitter.

“Towards the end of the season, usually, my legs start to get a little tired and a little weak and worn out,” Simpson said. “So, having somebody back there that everybody’s confident in and can actually catch is gonna be a big bonus toward the end of the year.”

Bryce Carter enters the fold as a senior. Originally from Cascia Hall High School in Tulsa, Carter originally chose Stanford over OSU. He started 20 games behind the plate last season for the Cardinal, where Stanford won the Pac-12.

“We knew Bryce a long time ago,” Holliday said. “I might Bryce when I think he was 15 or 16 years old. I was coaching at Vanderbilt. He was a fine player out of Tulsa, he was a bright young man, great parents. When I came to Oklahoma State, both Coach (Rob) Walton and myself had a relationship with Bryce. Rob knew him well from his time in Tulsa. We recruited Bryce very aggressively. He ultimately chose Stanford for good reasons and went there and got a tremendous education. At the end of his four years, when he got his degree and had a year of eligibility remaining, he reached out to us and said, ‘I want to play my last year at Oklahoma State.'”

Carter joins sophomore Jake Taylor and freshman Josh Spiegel as possibilities for Holliday behind the plate. Taylor, from Shawnee, started 14 games at catcher as a freshman. Spiegel, from Jeannette, Pennsylvania, is good, young option, but for the time being, Holliday said Spiegel is dealing with mono and that he has lost about 25 pounds.

“The catching position is a tough one of your body,” Holliday said. “Little foul tips and balls in the dirt and all the little things that can go into bruising up a wrist or a thumb, a shoulder, an elbow. That kid (Simpson) never complains. Think back to the end of the past two seasons, he’s caught virtually every pitch for the last 20 games of both of those seasons. It would be ideal to not have to do that. … I think in an ideal setting, being able to work two catchers is a good thing and to have the depth of having a third is really a comfort that we haven’t really had.”