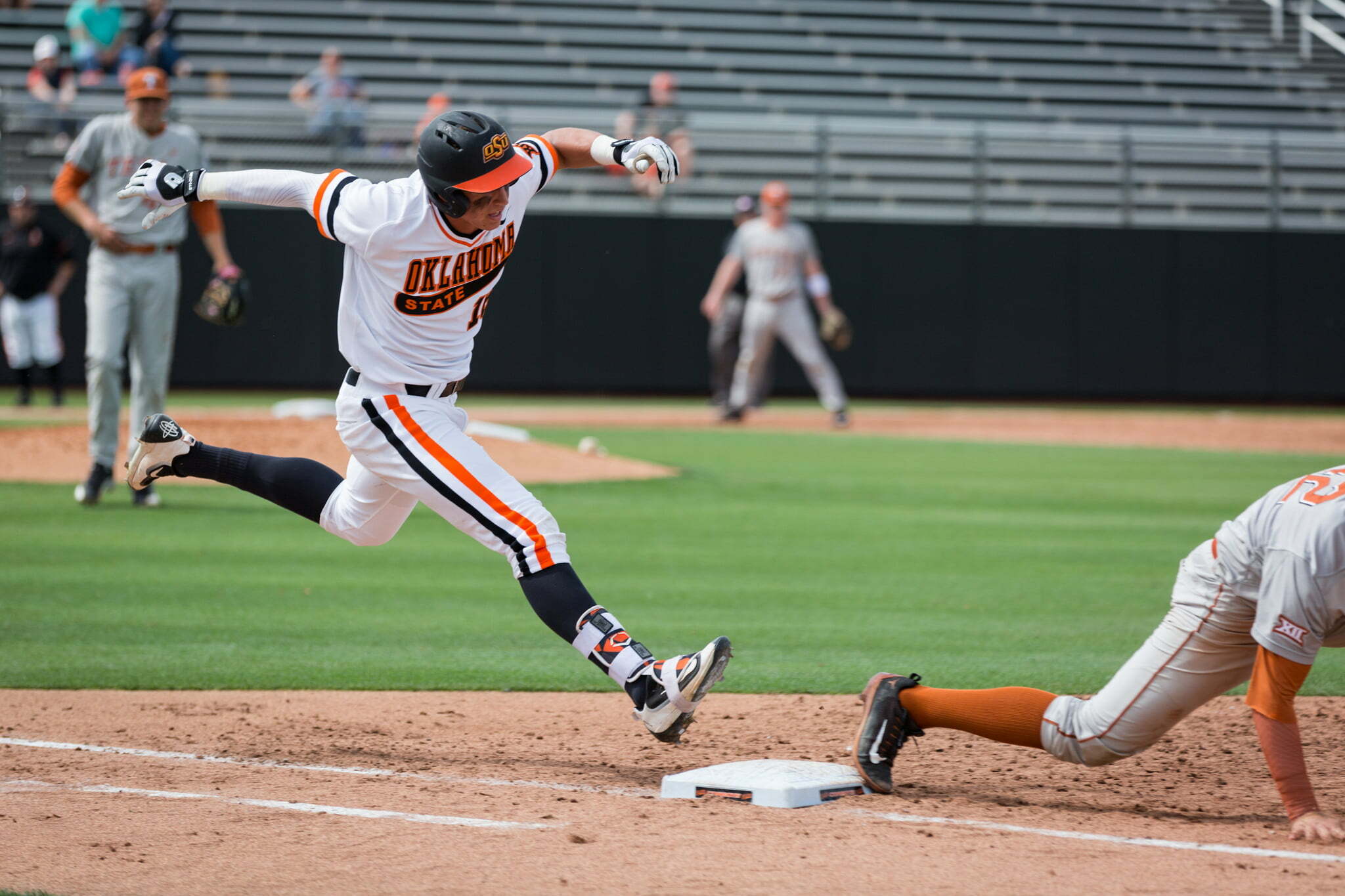 Consistency has been a struggle for Oklahoma State baseball in 2018. The Cowboys, led by coach Josh Holliday, sit at 11-10-1 through the first five weeks of the season, and they’ve experienced a series of hot and cold stretches.

The Cowboys held a three-game winning streak Feb. 18-27 but then lost three in a row. They countered that with three more victories before dropping their next four games. Their most recent road trip saw them go 2-0 before losing the final two games against Texas.

Here’s what happened last week for the Cowboys.

OSU opened up its road trip with a pitcher’s dual in Conway, Arkansas. The Cowboys ultimately ended the Bears’ five-game winning streak as OSU pitchers combined to strike out 10 while allowing four hits, all of which were singles.

The Cowboys issued 10 walks but did a good job of keeping the Bears off the board; UCA’s only run came on a wild pitch.

Reza Aleaziz pitched four innings of three-hit ball, but he was pulled after walking six. Noah Sifrit earned the win, striking out five in three innings. Peyton Battenfield earned his first save, allowing one baserunner in two innings.

Colin Simpson, Dylan Gardner and Jon Littell each pitched in an RBI.

The Cowboys opened up Big 12 play with a victory on the road against Texas thanks to a career performance from Joe Lienhard, who was two outs shy of a complete game. He allowed just one earned run on three hits, striking out eight. Carson Teel ran into some trouble in the ninth but was able to seal the game with a strikeout.

OSU did most of its damage during a four-run seventh inning, highlighted by Simpson’s two-run bomb to right field.

Jake Taylor had a nice day, as well, going 3-for-4 with a pair of RBIs.

The Cowboys’ offense got seven hits in the second game of the series but had little to show for it as they were limited to one run Saturday.

Jonathan Heasley took the loss after allowing five earned runs in 5 1/3 innings. Texas righty Nolan Kingham had an excellent day, striking out five and allowing one run in eight innings.

The Texas bats exploded for 10 runs and 13 hits Sunday as the Cowboys dropped their opening series in conference play. OSU led 3-1 midway through the game, but three Texas runs in the fifth and five in the seventh was too much to overcome.

Double Up! @J_Tay13 puts #okstate up in t2 with an RBI double into LF corner #GoPokes pic.twitter.com/ottI1yx82v

Teel took the loss in his second start of the season, allowing four runs on eight hits in six innings. Brady Basso entered in relief of Teel but only recorded one out. He allowed four earned runs on three hits and a walk.

Kroon’s two-RBI double in the eighth cut the Longhorns’ lead to four runs, but that was the final time the Cowboys would score.

The Cowboys will travel to Norman on Tuesday for a nonconference Bedlam matchup at 6:30 p.m. before hosting a three-game series against TCU, beginning Friday.