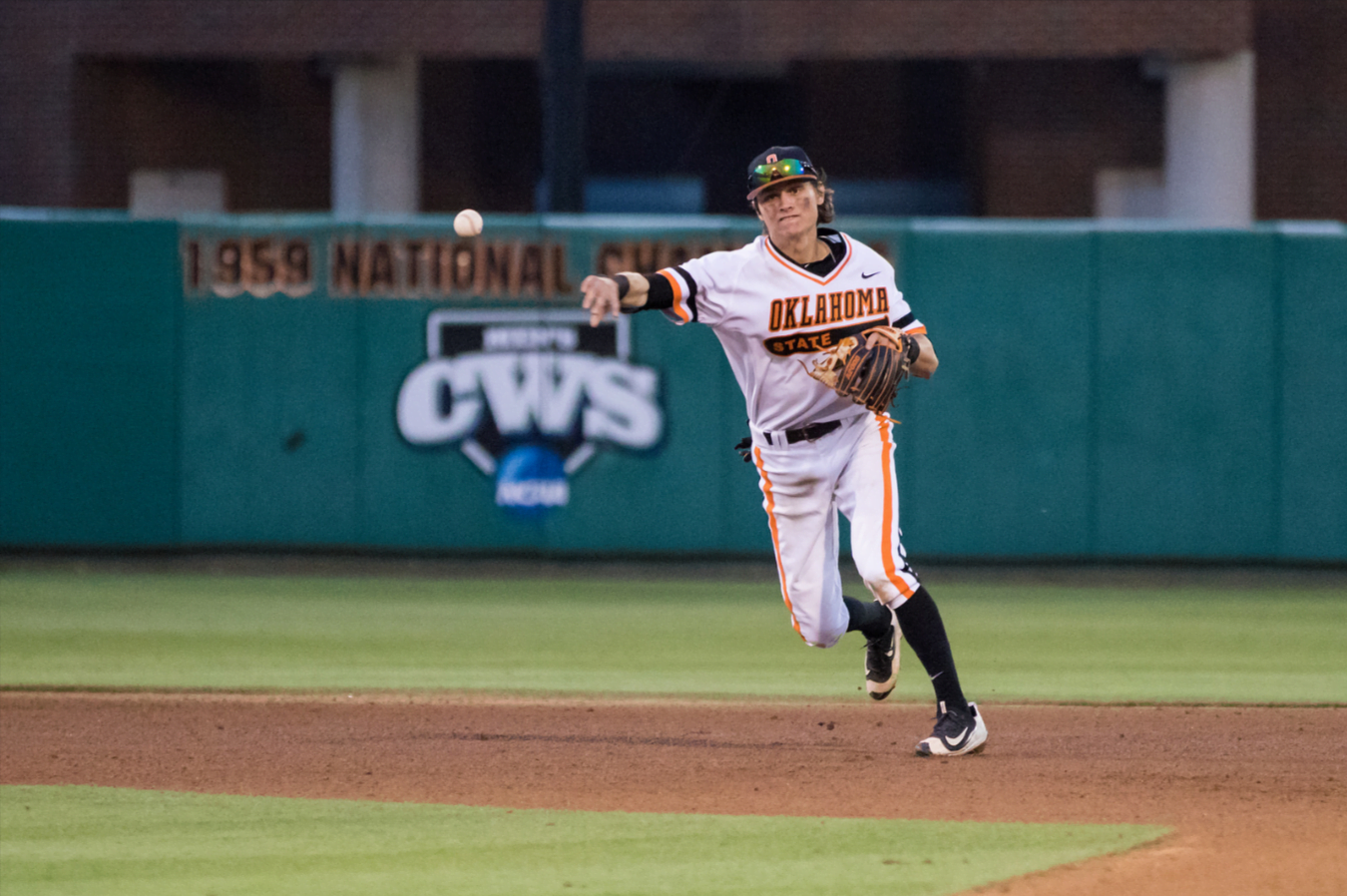 This past weekend was one of mixed results for the Cowboys. Literally every possible outcome came to fruition at Allie P. Reynolds Stadium as Oklahoma State’s baseball team lost a game, won another and tied the next, moving their record to 9-8-1. Here’s a game-by-game breakdown of what happened in Stillwater this weekend.

The Cowboys saw their losing streak reach four games Friday. Josh Holliday’s squad trailed 7-0 entering the seventh inning, but the Cowboys rallied late to make the game competitive. They scored four runs in the bottom of the seventh thanks to an RBI double from freshman Dylan Gardner. Matt Kroon and Colin Simpson contributed RBI singles.

Kroon added a three-run bomb in the bottom of the ninth, but that was essentially negated with Seton Hall’s three runs in the top of the inning.

Jonathan Heasley took the loss after allowing seven runs in five innings. Peyton Battenfield allowed three runs in the top of the ninth and had a couple of costly errors.

The Cowboys picked up their first win in a week (and a season sweep of the Bears) with the help of quality pitching. It was a duel on the mound, as the game was scoreless entering the seventh inning. OSU scored all four of its runs in the bottom of the seventh. Jon Littell pushed two runs across home plate with an RBI double, and freshman Jake Taylor’s RBI single made the score 3-0. The Cowboys added their last run when Trevor Boone scored on a wild pitch.

The game marked Carson Teel’s first start of the season, and he impressed with seven innings of scoreless pitching. He gave up only three hits while walking one and striking out eight, improving his record to 3-0. Joe Leinhard earned his first save of the season, giving up one hit in 2/3 of an inning.

Mother Nature has been against the Cowboys all season, and she did a massive disservice to the Cowboys on Sunday. OSU had only one out with runners on second and third in the bottom of the eighth when a lightning delay, paired with SHU’s travel curfew, caused the game to end. It was the first time a game has ended in a tie at Allie P.

Seton Hall outhit OSU 9-3, but they also had three errors. OSU didn’t have any.

One of those errors allowed the Cowboys to score a go-ahead run in the fifth. Colin Simpson hit his fifth home run of the season, and pitcher C.J. Varela pitched five innings, allowing two runs on six hits.

The Cowboys won’t play in Allie P. until Bedlam baseball on March 27, as they’ll partake in a four-game road trip. They’ll face Central Arkansas (12-8) on Tuesday before beginning a three-game series with Texas (12-9) on Friday to open Big 12 play.