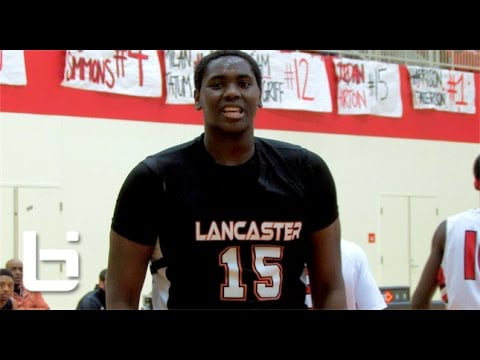 The Cowboy basketball staff has been hard at it this summer on the recruiting trail. The Pokes made the cut for three 5-star recruits that recently narrowed their respective lists.

In addition to the 5-star prospects, OSU has been extremely active this summer working on ensuring depth at the point guard position next season. We’ll cover all that and more in a summer recap edition of the PFB recruiting update.

Thomas cut his list to six and already has a visit to Stillwater set up in mid-September. It could be said that Thomas is the Myles Turner of this class for Travis Ford. Lets hope this round goes in the Pokes favor.

Gotta like what you see here. A guy that versatile at 6’9 250 pounds could make any opponent quiver.

Oklahoma State is in the final four for one of the nations most highly touted point guards in Evans.

Pokes have made Hogg’s top 6. This kid has a cannon with great size at his position.

Sampson is a new name from familiar grounds. It’s no surprise that OSU, and more specifically, Butch Pierre is back recruiting the top talent in Louisiana.

Ford is covering the country to ensure that his squad will not be hurting for depth at the point guard position next year. It was nearly a big problem this year until LSU transfer Anthony Hickey relieved some depth concern over the one spot.