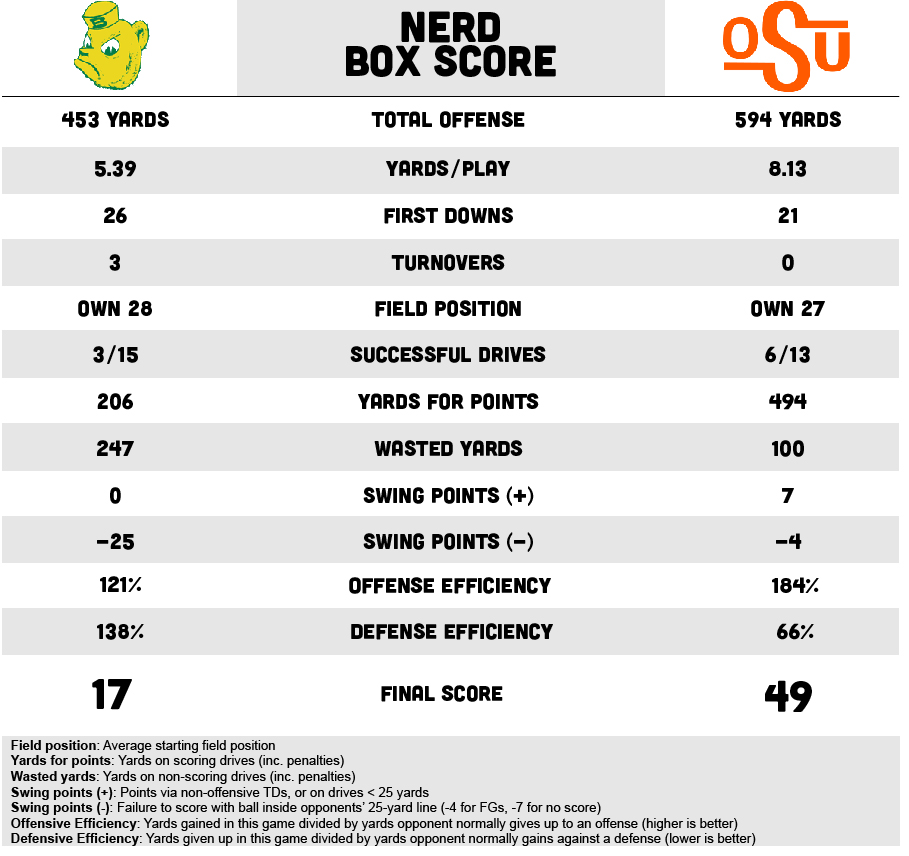 There is so much going on here it’s unbelievable.

First of all, Baylor averages over 4 points a drive. OSU held it to 1.13 on Saturday night. That’s amazing.

It felt like Baylor started with better field position than its own 28. This is the second time in Big 12 play OSU has been out field positioned (WVU was the other).

Oklahoma State’s efficiency in using its yards for points that count is amazing. Look at these drives…

Is that real? Are those Alabama drives?? Also, OSU is now 43-56 in red zone TD conversions. Which meant it is 25 for its last 25 with 23 TDs. Wow. I told you guys this might happen but I didn’t expect this.

The two yard line and in was not kind to the Bears on Saturday night. -25 in the swing points department isn’t going to get it done against most Big teams, much less OSU.

How about those efficiency numbers for OSU? I honestly don’t know what’s more impressive…posting 594 yards against a terrific Baylor D or holding it to 453. Both were spectacular showings by the Pokes.