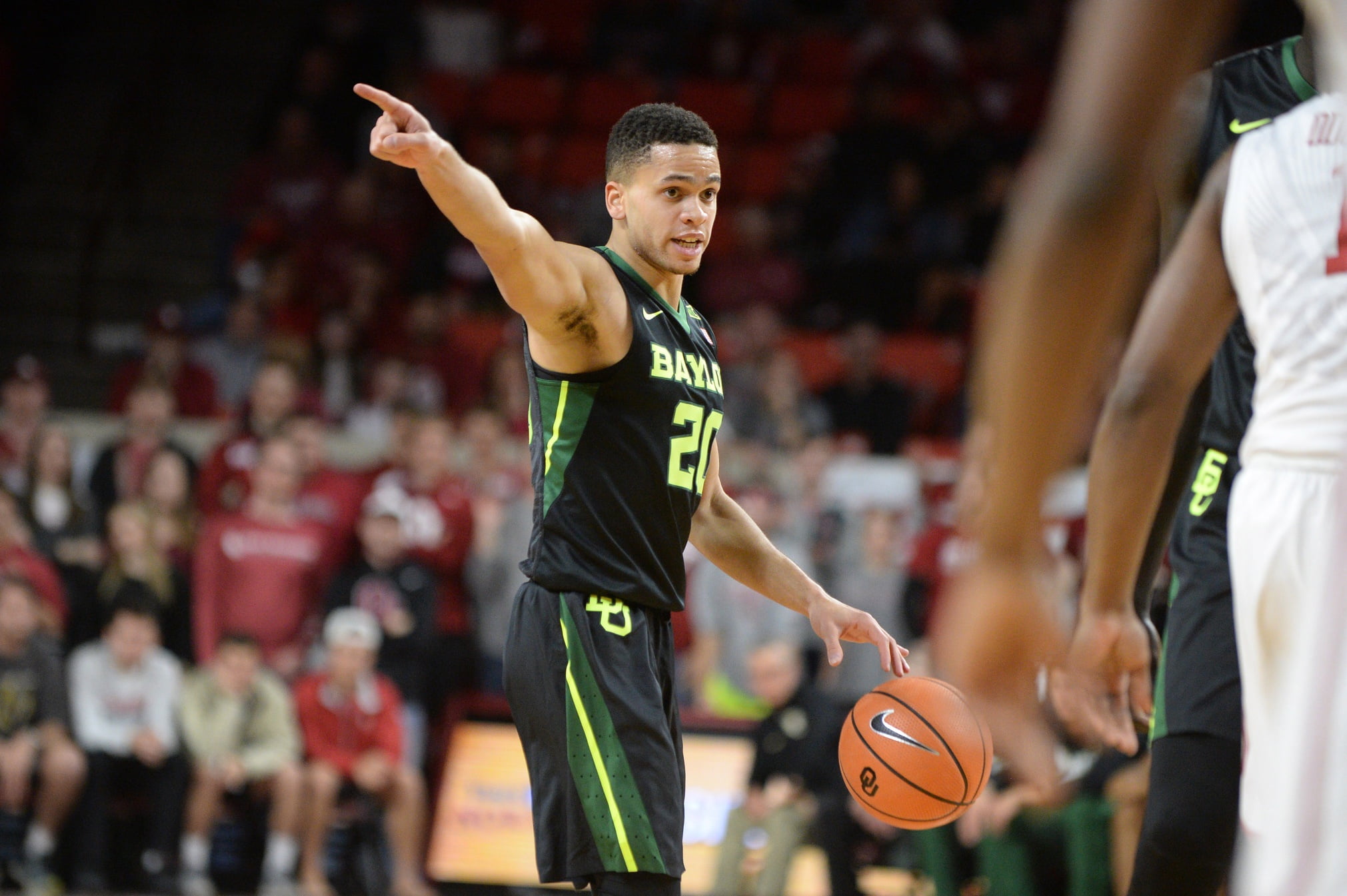 The Cowboys are riding high after an emphatic and historic win over the No. 7-ranked Kansas Jayhawks in Lawrence on Saturday. Can OSU finally string together back-to-back Big 12 wins? This should be a good a chance as any and you know Gallagher-Iba will be rocking — especially if Mike Boynton has anything to say about it.

Here’s how to tune in

The Cowboys dropped the first meeting with Baylor in Waco three weeks ago. Since then, they’ve suffered a three-game losing streak book-ended by Mike Boynton’s two signature wins — his earning of half of Mike Gundy’s total Bedlam Ws and an historic coup in Lawrence.

So how will his team respond? Let’s take a look at this matchup through the lens of KenPom’s Four Factors.

The Bears rank just behind the Cowboys in scoring offense in the Big 12, coming in at 77.5 points per game to OSU’s 77.9. They are led by Manu Lecomte, who not only had a career game against Oklahoma State but used the Cowboys to snap out of a slump.

The Bears are 123rd in scoring defense, giving up 70 points per game, but KenPom still ranks them 45th overall and a lot of that has to do with a 39th ranking in adjusted defensive efficiency.

Key for OSU: Don’t let up

The Cowboys have a chance to ride some hard-earned momentum after the KU win but really can’t afford to think about it that way. The Bears are one of only two teams below the Cowboys in the Big 12 standings but at obviously more than capable of ruining a fun week in Stillwater.

OSU needs to come out and put its foot on the gas from the opening tip. If the Cowboys can convince themselves that Baylor is its next Kansas, it should earn back-to-back wins in the toughest conference in America. If it comes out like it just dethroned Bill Self in AFH than all celebrations will be short-lived.

The Cowboys own a 57-percent chance at defending that gorgeous white maple floor on Tuesday night, and I think they do. Boynton has shown confidence in his rag-tag group and they’ve responded. I think OSU builds on last week’s momentum and performs well in front of what should be a ruckus crowd in GIA.