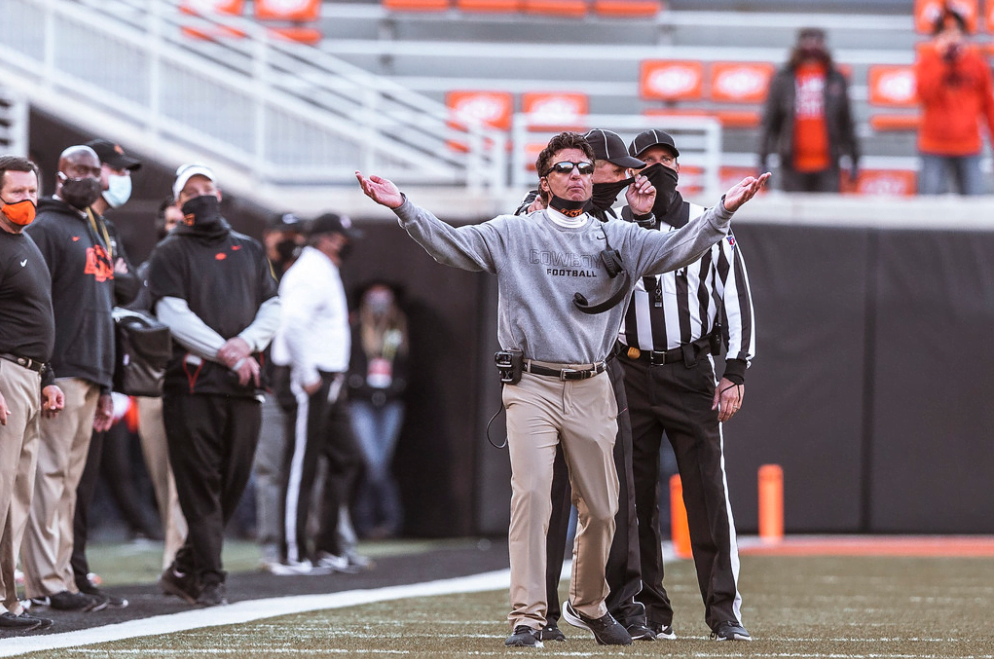 Oklahoma State is still scheduled to play its final regular season game this coming Saturday against Baylor, but things aren’t looking great for the Cowboys’ trip to Waco.

“At this time and in the interest of our student-athletes, coaches, and staff, we have temporarily closed our football facility and are taking all possible precautions. Our focus remains on playing the scheduled game with Oklahoma State at McLane Stadium on December 12.”

OSU and Baylor were originally set to duke it out back on Oct. 17, before an outbreak of COVID within Baylor’s program caused the teams to push the date back to Dec. 12. Now two days ahead of that game, the Bears football facility is again closed due to another possible wave of the virus.

Earlier on Thursday a report came out that a handful of the Bears’ coaching staff had tested positive.

Although Baylor and Rhoades are hoping the show will go on, things aren’t looking great.

And a cancellation would be the third in the Big 12 today. Oklahoma’s trip to West Virginia and Texas’ road game at Kansas were both canceled on Thursday.

Before your mind jumps to any conclusions, the league office already confirmed in a release that OU has clenched its berth in the Big 12 title game.