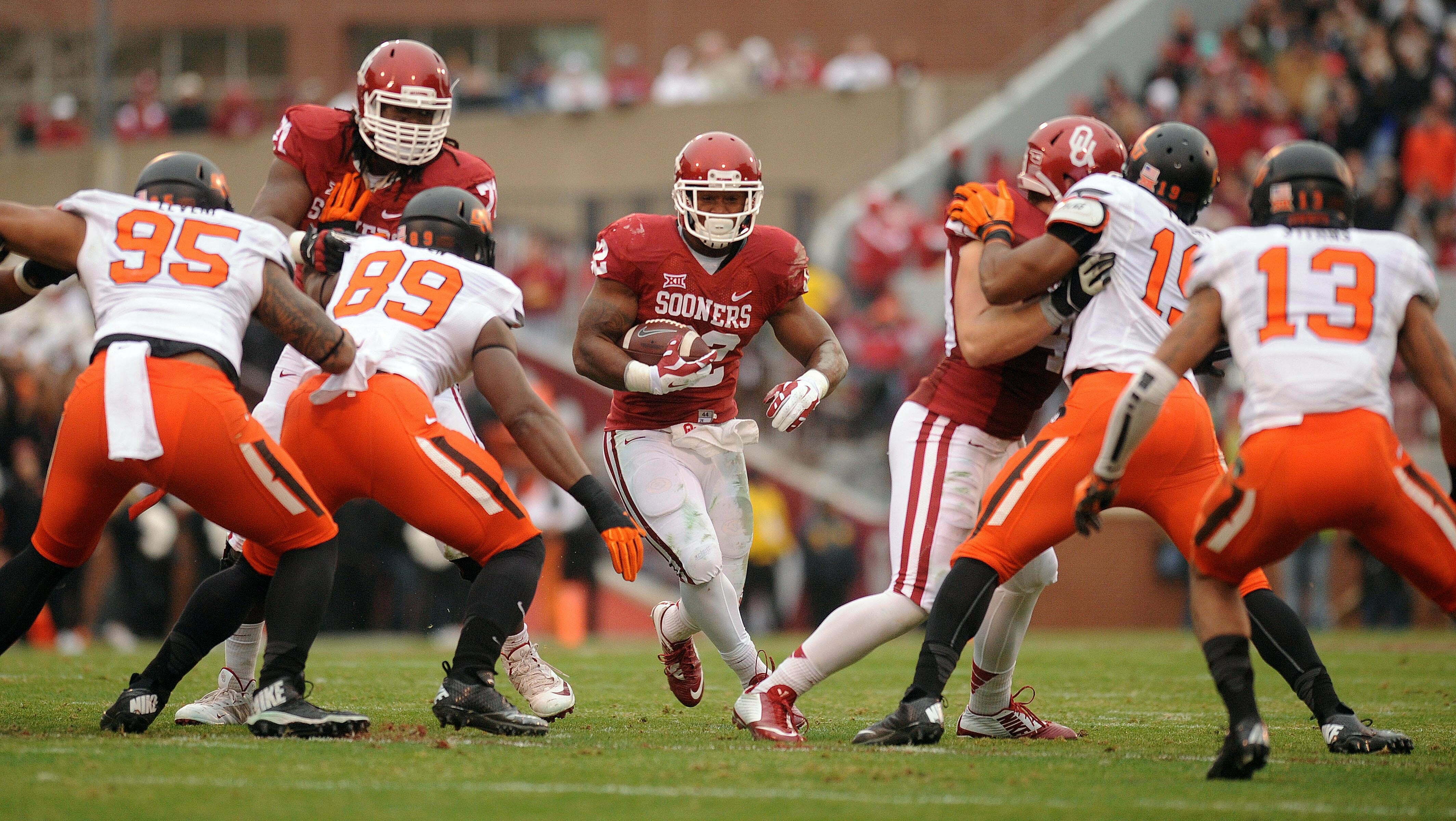 It’s Tuesday of Bedlam week, and I am already spent. I don’t know how we’re supposed to do this for four more days! There are so many different ways to think about, look at and write about this game, but I thought what Mike Gundy (and others) said on Monday was apropos.

“I think what’s encouraging for the state of Oklahoma is that for a considerable number of times over the last six years, these two schools have gotten together to decide a conference championship,” said Gundy.

“I don’t think we can ask for anything else.”

Yes. The CFB Playoff dream has flown away and the college football world is focused on pretty much every other conference title game. So we get this largely to ourselves. And like Gundy said, what more could we want?

Two teams having won a combined 15 straight games. Mason Rudolph (21-5 as a starter) and Baker Mayfield (20-4 as a starter). Mixon and Perine. Hill and Carson. Dede and The President. An array of pros all over the field. This is a big time game, no matter how much attention it is paid nationally.

“We have four million people and we don’t have professional football in the state; although, of course everybody loves Dallas right now,” added Gundy. “As you watch over the last week and a half when they put up the College Football Playoff standings and you have Oklahoma and Oklahoma State in that top 10, that’s a tremendous financial and marketing advantage for those universities and the state of Oklahoma.”

OU defensive end Ogbonnia Okoronkwo is from Texas, and even he is starting to realize the massive importance Bedlam holds for both OU and the Big 12.

“It’s for who’s the best team in the state …” said Okoronkwo. “I feel like this is just as big of a rivalry as it is going to Dallas and the Cotton Bowl playing Texas. This is big, it’s for bragging rights.”

Okoronkwo has been talking trash with former HS teammates on #OKState's team. Says this game is just as big as OU/Texas to him. #Sooners

“Just like Texas man, I don’t like em because my teammates don’t like em’,” added OU tackle Orlando Brown. “The guys from Oklahoma, they don’t like Oklahoma State normally and that’s just how it goes. And I go to OU so whoever y’all hate I hate.”

Sports hate, of course (I think). Zac Veatch summed it up well, too.

“It’s exciting,” said Cowboy Back Zac Veatch. “We wouldn’t want it any other way. We have prepared well. We are going to go down and play for the Big 12”

Oklahoma State safety Jordan Sterns acknowledged the importance of Saturday, but he also said it hasn’t affected the way he is going about his week.

“The game itself is huge,” said Sterns. “It’s for the state of Oklahoma, but for me it’s just a game. I prepare for OU the same way I prepare for everyone else. I don’t like to look at them any different than any other team so I’m going to go out there and play hard for my teammates regardless.

“There’s going to be a lot of people there and it’s going to be loud. For us though, we’ve just got to go out there and keep doing what we’ve been doing all year and hopefully that will help lead us to a victory.”

I don’t think we can ask for anything else.