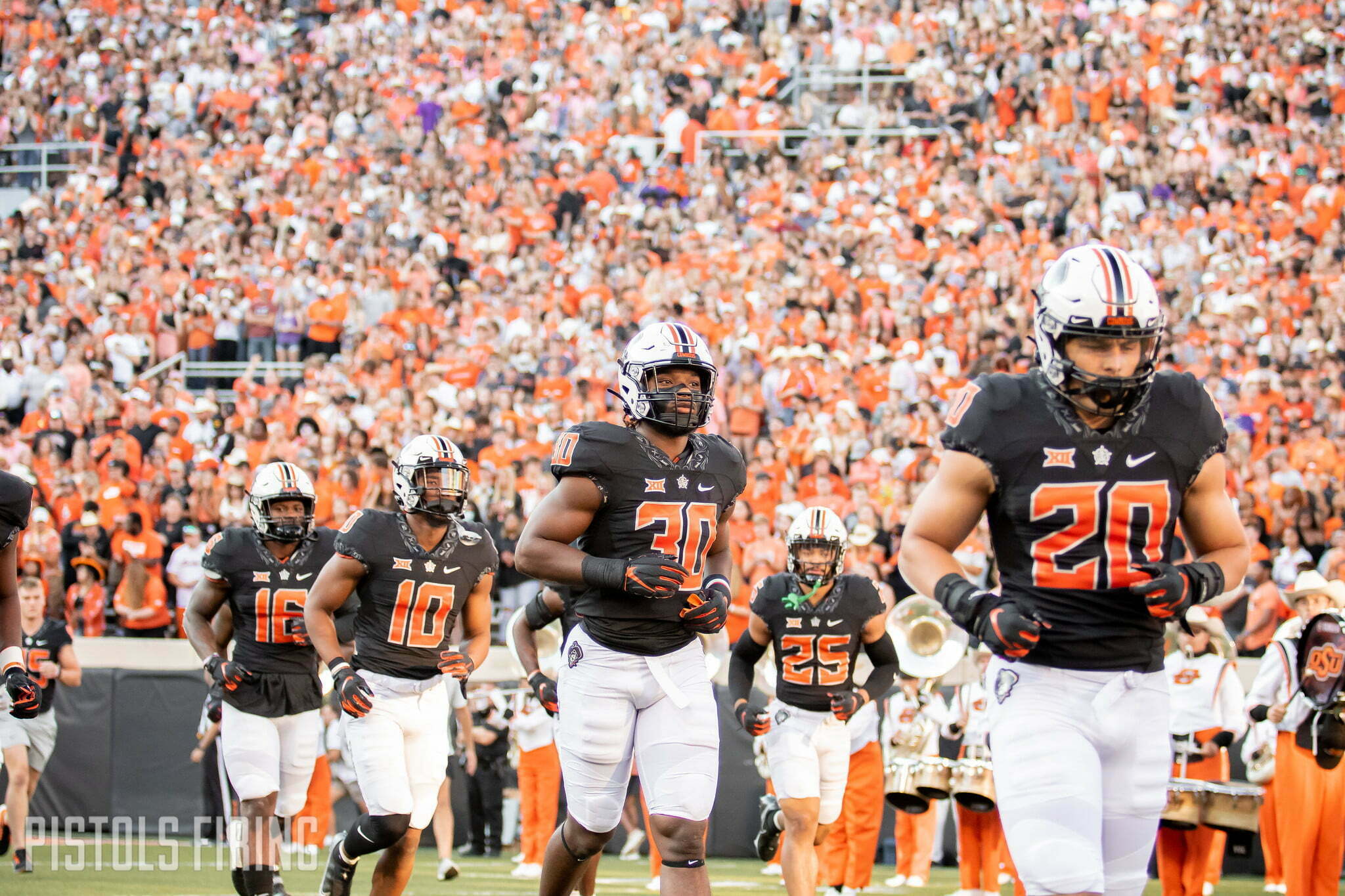 If you grew up in this state, you know what this weekend means.

Speaking as someone who was always used to Bedlam falling on a holiday weekend, it meant enjoying a few days with family and your third round of Thanksgiving leftovers before wanting to go to fisticuffs with a blood relative.

I grew up in a Sooner household. My dad and brother graduated from Oklahoma, and somewhere at my parents’ house there’s a baby picture of me wearing an oversized crimson football helmet.

Oklahoma State defensive tackle Brendon Evers, who played his high school ball at Bixby, has seen both sides of the in-state rivalry, and he can relate.

“It means a lot,” said Evers of Bedlam. “… I grew up on the other side of the stands, for a long time. Parents were season ticket holders. We’ve still got pictures in the house of me wearing OU gear, unfortunately. As terrible as that sounds. Can’t believe it.”

Evers is one of 73 rostered participants in this year’s Bedlam that are credited as Okies. Oklahoma State boasts a decided advantage in in-state players with 46 Cowboys on the roster credited as Oklahomans compared to 27 on OU’s roster.

The in-state impact players for the Cowboys include a smattering of defensive starters players like Evers, Malcolm Rodriguez, Brock Martin, Jason Taylor II, Collin Oliver and Israel Antwine. Add in playmakers on offense like Brennan Presley, Dominic Richardson and Jaden Bray. The list goes on.

Rodriguez came from the small town of Wagoner, but Bedlam was just as big. This week he was asked what the rivalry game meant to him growing up.

“Who’s the best Oklahoma team, man? It’s going to be a physical game,” said Rodriguez. “It’s gonna to get a little chippy out there so we’ve just got to go out there and stay poised.”

Oklahoma plays big-time high school football, but it’s a small world. Both Evers and Rodriguez will line up against players that they knew and played against before their college days. Rodriguez specifically mentioned Oklahoma safety Patrick Fields as a Sooner he knows.

This week Fields shared some of his Bedlam memories including watching and playing with former Sooner standouts as well as former Cowboys like fellow Tulsa-area star Dillon Stoner.

“Always, just after the game, seeing guys I grew up with, guys I played against in high school, even played with in high school,” Fields said. “Getting to take pictures with them after and just chopping it up and laughing a little bit.

“… A lot of us guys from the state grew up watching it and wishing and dreaming to play in it.”

Sooner defensive lineman Isaiah Thomas has seen his fair share of Bedlams, hailing from Tulsa where he starred for Memorial High. He was asked how the weight of a Big 12 title, the CFP and the talk of this possibly being the final edition of the rivalry change this year’s edition.

According to Rodriguez, the motivation to get his first career win against Oklahoma is enough.

“It’s a game that, if you’re from Oklahoma, you just get it,” said Evers. “Some of those guys in the locker room, they get it but, do they really? Especially the young guys, they don’t get what it’s like for Oklahoma kids. Some of those guys, some of my friends on the other team, they’ll be saying the same thing. This game just means something different to you because you grew up with those guys and played against those guys your whole life so it’s nothing different when you get to college, just better athletes.”