This game opened at OSU -3 with an over/under of 78 and has since been upped to OSU -3.5 but the over/under has been lowered to 70.5, obviously because of the weather. If you’re looking to get some last-minute bets in though, it looks like the rain is going to be gone and I don’t think temperature is keeping either of these teams out of the end zone.

OU to cover and take the over.

What I’m excited about: Are you kidding me? It’s Bedlam, baby. Outside of that, I think it’s going to be just an incredible game. OSU is the better team, and anybody who tells you different is lying to themselves, but to say their Bedlam demons aren’t relevant is to say Kim Kardashian doesn’t have an attention problem.

I think both of those factors form some sort of strange clash that will result in an instand classic.

OSU will win if: Two things here. Either they stop the Belldozer in the red zone and hold OU to field goals, or hassle Landry to the point that he tosses multiple interceptions before OU can reach the red zone. OSU has lost the turnover battle three times (Louisiana, Kansas State, and Iowa State) and twice the game has been dicey. 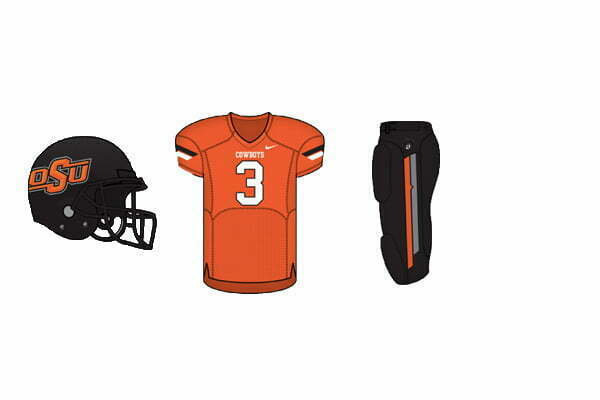 Gun to my head: OSU 41-38 – Gina tweeted the five of the six Oklahoman writers picked OSU to score 41 points, so lump me in with that group. And if that 41 is the result of a Quinn Sharp FG as time expires, I won’t be well enough to rush the field, so enjoy.