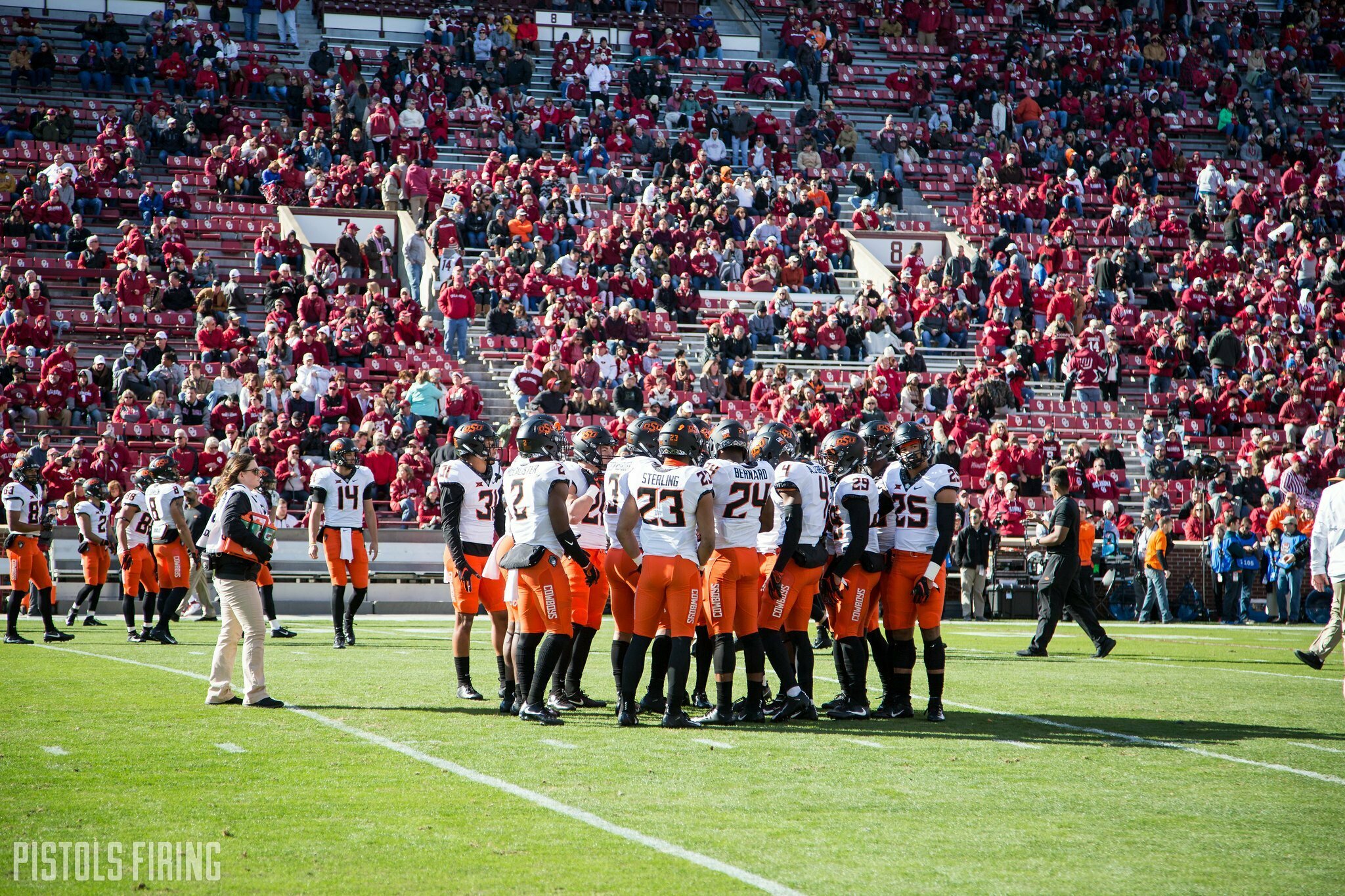 Oklahoma State enters Saturday’s Bedlam rivalry as two-touchdown underdogs to the top-10 Sooners. Betting odds suggest the Cowboys will lose. So does history. And so, too, does the talent.

I examined every starting player on both sides of the ball for each team, and OU has a significant edge when it comes to recruited talent. Of course, as OSU knows maybe more so than any program, recruiting stars don’t always indicate future production and talent. But, in this case, they give us a good idea of why the Sooners are so heavily favored.

Let’s first take a look at OSU’s starting lineup on offense. The highest-rated recruit set to start is (unsurprisingly) also its best player: Chuba Hubbard. Hubbard was a four-star prospect coming out of high school rated by 247Sports as 88.68 on its 1-100 scale. On average, the talent comes out to 83.4 on offense; using 247Sports’ model, that averages out to about a low-tier three-star per player.

(Note: Players that were not ranked out of high school were given 75 overall ratings so as not to dip the overall average but also to note that those players were ranked lower than two-stars, or, in the case of many, not ranked at all. All depth chart data comes from Ourlads.com)

Now to the offensive side of the ball for OU. Yeesh, there’s a lot of talent. Incredibly, OU has a former walk-on starting at receiver in one of the most prolific offenses in college football, but its average isn’t weighed down by it as much as OSU because CeeDee Lamb, Charleston Rambo and the other offensive starters held their own when it came to star power as recruits. (Just take a look at that offensive line and you’ll see just how great they’ve really recruited in the trenches.)

Now to the defense. OSU’s unit ranks 84.94 on average, surprisingly better than its offense (in part because there are no listed starters that were walk-ons or rated less than two stars).

The biggest star on defense is none other than true freshman Trace Ford, who has played so well he’s earned a starting job as a teenager. He ranked 88.97 coming out of high school, higher than any other defensive starter.

On defense for OU, it has a number of former blue-chippers led by defensive back Brendan Radley-Hiles (who goes by Bookie?). Up front is where it’s scary. Canadian star Neville Gallimore has an impressive pedigree as well as Ronnie Perkins and LaRon Stokes, the latter of whom chose OU over OSU in the last recruiting battle cycle.

As always the caveat applies: talent doesn’t always equate to wins. And further: recruiting stars do not translate 1-to-1 in real life talent. But … on paper anyway, OU has a decided advantage come Saturday.