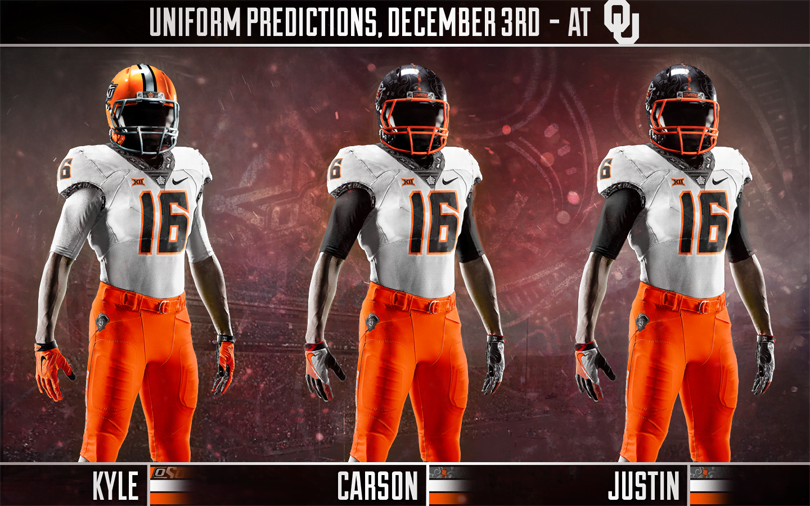 One final regular season uniform pick for us. We don’t think Carson can be caught as he has built up a seemingly insurmountable lead although Southwell is going with the bold strategy of picking the exact same thing as him to try and track him down.

It’s clear we all think at least some orange will be worn despite OSU being forced to wear white jerseys on the road. In 2014 OSU went Black-White-Orange for the first time since the 2011 Iowa State game … and it worked. In 2012, it went all white … and it almost worked.

If you haven’t seen it yet, Chris Knox did some beautiful mocks of six combos we would love to see.