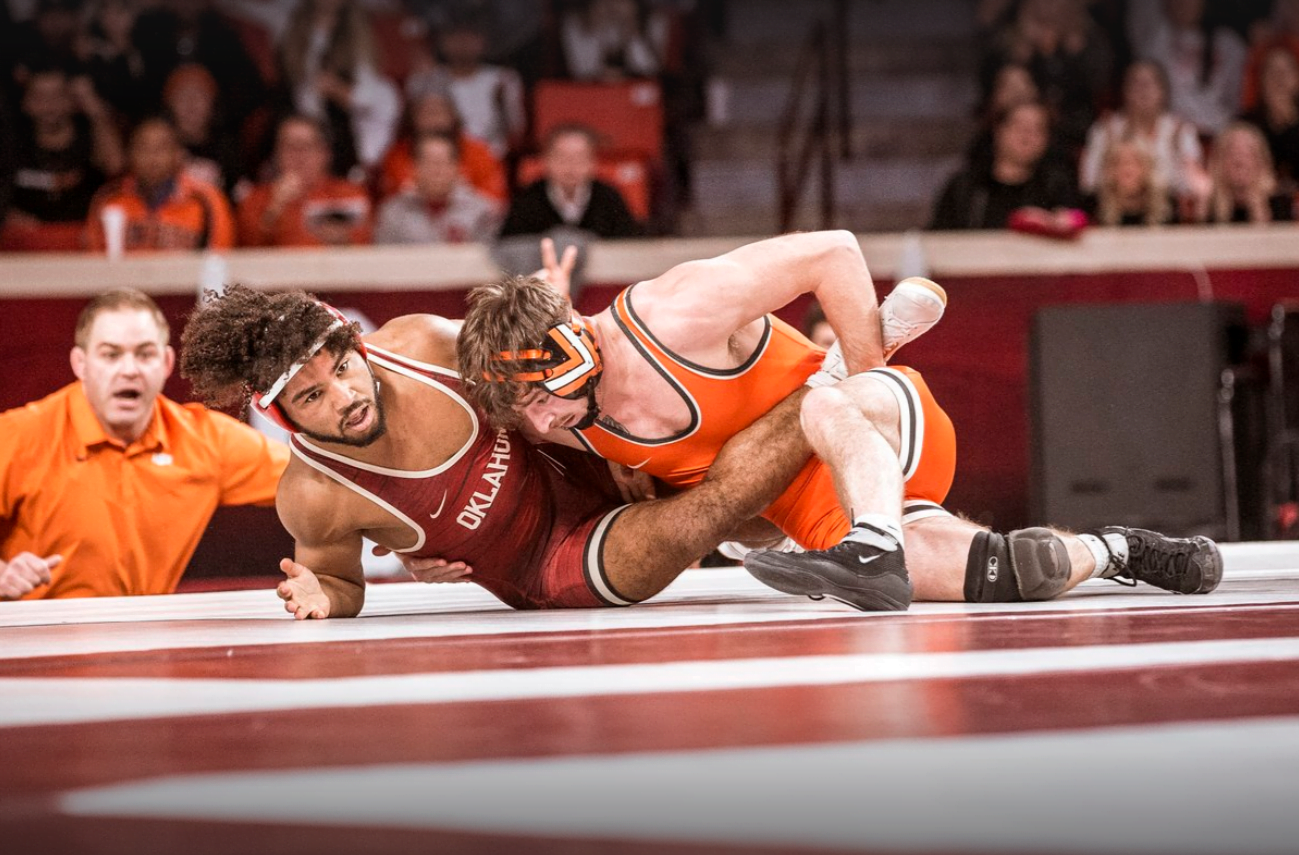 The Cowboys took on the Sooners in Norman on Sunday and rolled to a dominant 31-3 win over their Bedlam rival.

The dual kicked off with a big one at 149. OU’s starter for most of the season had been Mitch Moore. A concussion last week took him out and inserted Dom Demas vs. Kaden Gfeller. Demas got the first takedown, but Gfeller mounted a comeback to win 9-3. This was a big win and confidence builder for Gfeller as he returns to a starting role this season for the Cowboys.

The most exciting match of the dual came at 157 with Wyatt Sheets and Justin Thomas went to sudden victory OT. Thomas got on a body lock and looked as though he would finish a throw to win when suddenly Sheets rolled through to avoid the takedown. After they went out-of-bounds a restart set Sheets back up to take a quick shot, which he did and scored on to get the 4-2 victory.

The Cowboys rattled off four-straight comfortable wins from 165-197 before getting to heavyweight.

Luke Surber and Josh Heindselman went to overtime. Surber took a shot but didn’t come away with a leg. Heindselman countered and picked up a single. As Surber dove underneath, he gave up a neutral danger zone count and two points to Heindselman. OSU challenged the call but was unsuccessful and Heindselman picked up OU’s first points of the dual.

Daton Fix dominated Anthony Madrigral and picked up a pin with a big lead late in the third and Carter Young closed things out with his first Bedlam match and win. A 9-4 decision over Jacob Butler.

Then things got a little crazy during the handshakes. OU heavyweight Josh Heindselman shoved AJ Ferrari and Ferrari shoved back leading to the exchange in the video below.

Wild finish to a dual that was completely dominated by the Cowboys. The Sooners come to Stillwater on February 20th.