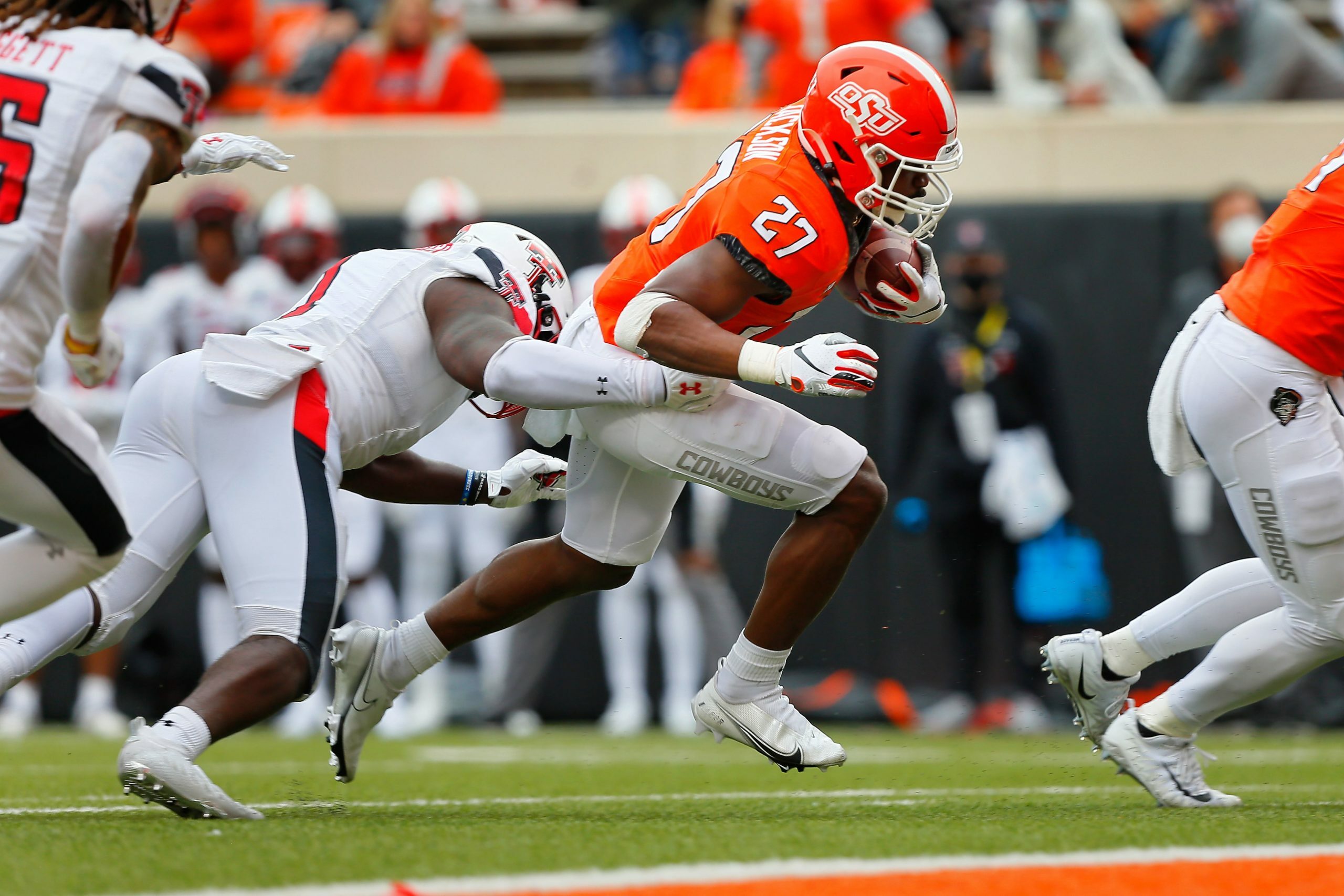 Presumably, Chuba Hubbard and LD Brown are gone after this season. That leaves the RB1 position wide open in 2021 where, up until this weekend, there was no frontrunner.

Then Dezmon Jackson casually dropped 235 on the ground for three scores in the win over Tech, and whoo boy, I think we all just saw the future.

The 5-foot-11 tailback has a rare blend of speed and power hovering around 220 pounds. He is a no-nonsense runner who hits the hole with confidence and doesn’t dance around Le’Veon Bell style in the backfield waiting for a crease to develop.

Credit in part goes to OSU’s offensive line for paving the way to that historic outing, but we’ve gotta tip our cap to Jackson, whose style and speed appear to mesh perfectly with OSU’s run-blocking scheme, too.

Jackson has a year of eligibility remaining and should be locked in as RB1 in 2021, assuming Hubbard or Brown don’t return. The big mystery will be who steps up to spell him. A year wiser and stronger, freshman Dominic Richardson has a chance to step into a major role in 2021. I’m pumped to see what this new-look backfield can accomplish, and I’m thrilled about the preview we saw of it on Saturday.

QB position could be problem in 2021 and beyond

It’s too early to hit the panic button on Shane Illingworth; he’s a freshman who has been forced into action and by and large has performed admirably. But it’s fair to be concerned about the development of Spencer Sanders. He didn’t play as a freshman with Corndog as the starter because folks around the program believed he wasn’t ready. Then in 2019, he started, flashing brilliance alongside being turnover-prone. This year has been more of the same. OSU needs one of Sanders or Illingworth to really make a developmental leap this offseason to feel good about the future of the position.

The tough part is the turnover within the program and how it has stunted the growth of everyone on offense. Sean Gleeson’s one-and-done season followed by Kasey Dunn’s arrival as OC has forced players to learn two different offensive languages in two seasons, and the players most likely to struggle with that staff turnover are quarterbacks. Perhaps that explains why Sanders has been hot and cold. 2021 will be critical for him and for the position in general.

I’m optimistic in Illingworth’s long-term potential, and I’m a true Spencer Sanders fanboy to my core. But, this is the least confident I’ve felt in the QB position at OSU since 2014, when the Pokes opened the season with J.W. Walsh and Daxx Garman as their top options (and then neither finished the season as QB1).