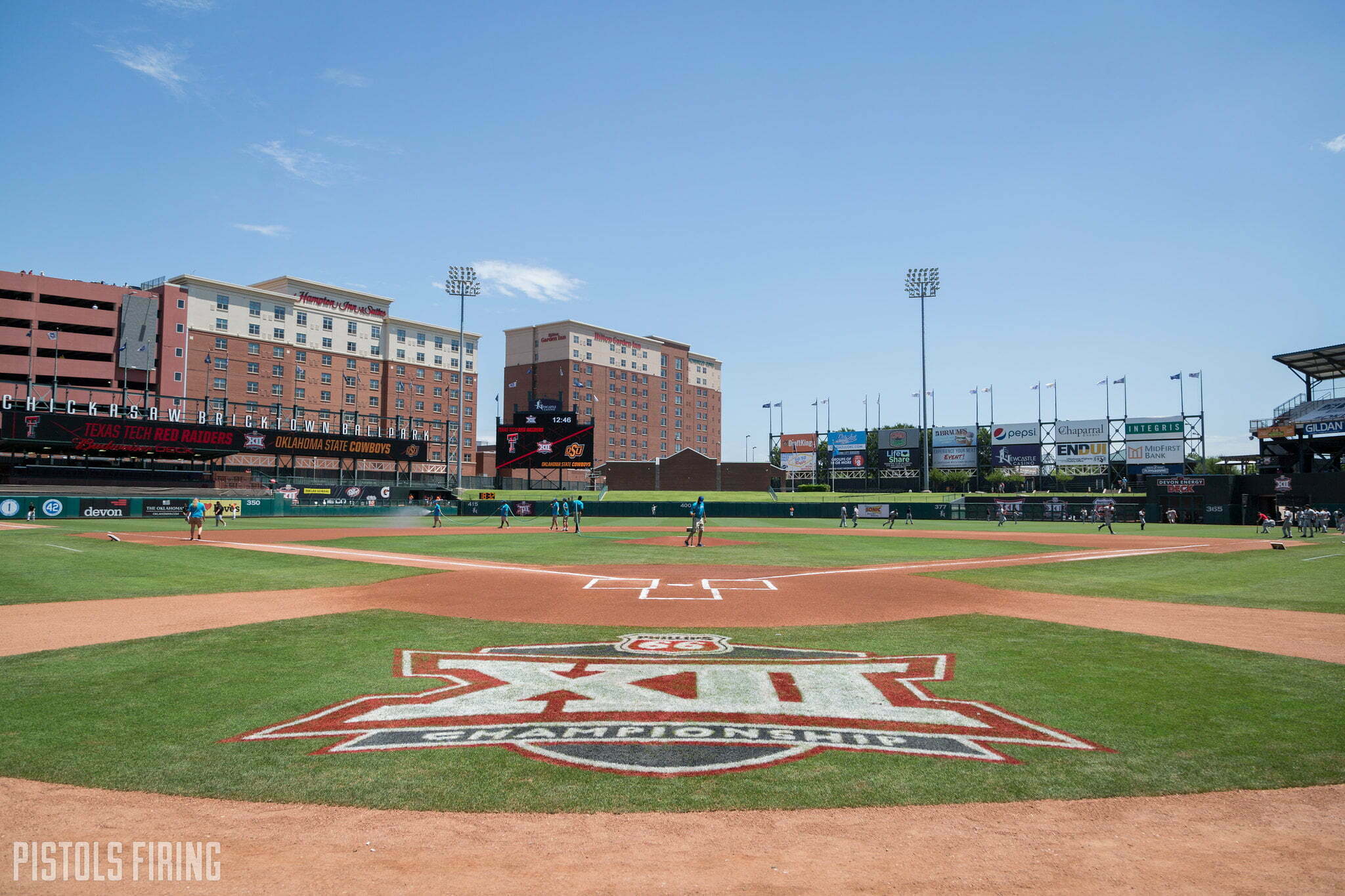 After being picked to finish fifth at the beginning of the season, the Cowboys enter their conference tournament as the third seed.

The Oklahoma State baseball team faces off against TCU in the three/six matchup of the Big 12 Tournament on Wednesday night in Oklahoma City. The Cowboys won the tournament in 2017 after entering as the No. 8 seed. That’s the only time OSU has won the current iteration of the Big 12’s tournament.

The Road to the Championship

The Cowboys definitely ended up on a favorable side of the bracket given the season they had.

OSU is a combined 7-2 against Baylor, Oklahoma and TCU this season, taking its season series against each of them. Compared to the other side of the bracket, where OSU lost its series with three of the four teams, the Pokes will definitely take that.

The Pokes won two of three games against TCU, their Wednesday opponent, in late March. Those games were tight, as TCU actually led in total runs scored (21-20), with the Cowboys taking two one-run victories.

Cowboys Lead the Conference in Long Balls, and It Isn’t Even Close

Trevor Boone leads the Big 12 with 18 bombs this season while Christian Funk, Andrew Navigato and Colin Simpson are all part of a four-way tie with the third most home runs in the conference with 12. It looks even more dominant when looking at only conference games, as Boone (11), Simpson (10), Funk (8) and Navigato (8) are the top four home run hitters in the Big 12 in conference games.

That dominance, unsurprisingly, led to the Cowboys hitting the most round-trippers as a team. OSU has 78 home runs this season; TCU has the conferences second-most at 53, a whole 25 home runs difference. That too looks more dominant solely looking at Big 12 games, as OSU has hit 55 bombs in league games to TCU’s 25, more than double.

As of this writing, the Cowboys are ranked eighth in RPI, a spot above the Big 12 regular season champion Texas Tech. OSU is also 11th in D1Baseball’s Top 25.

Although those rankings aren’t a one-to-one deal on which teams host regionals, OSU is in a good spot to host one of the 16 no matter how the Pokes do in the Big 12 Tournament.

There is an argument to be made the Cowboys could be in a solid position to host a Super Regional (granted they win their regional) with a good weekend in Oklahoma City. There are four SEC teams ahead of OSU in the RPI and the D1Baseball rankings. Not all of those teams can have outstanding weeks at the SEC Tournament, so if the Cowboys could win or even make it to the championship game, there are teams OSU could move past.

Climbing the rankings like that (and making it past the regional round) are all easier said than done, but Allie P. Reynolds Stadium’s stay has the chance to keep going.