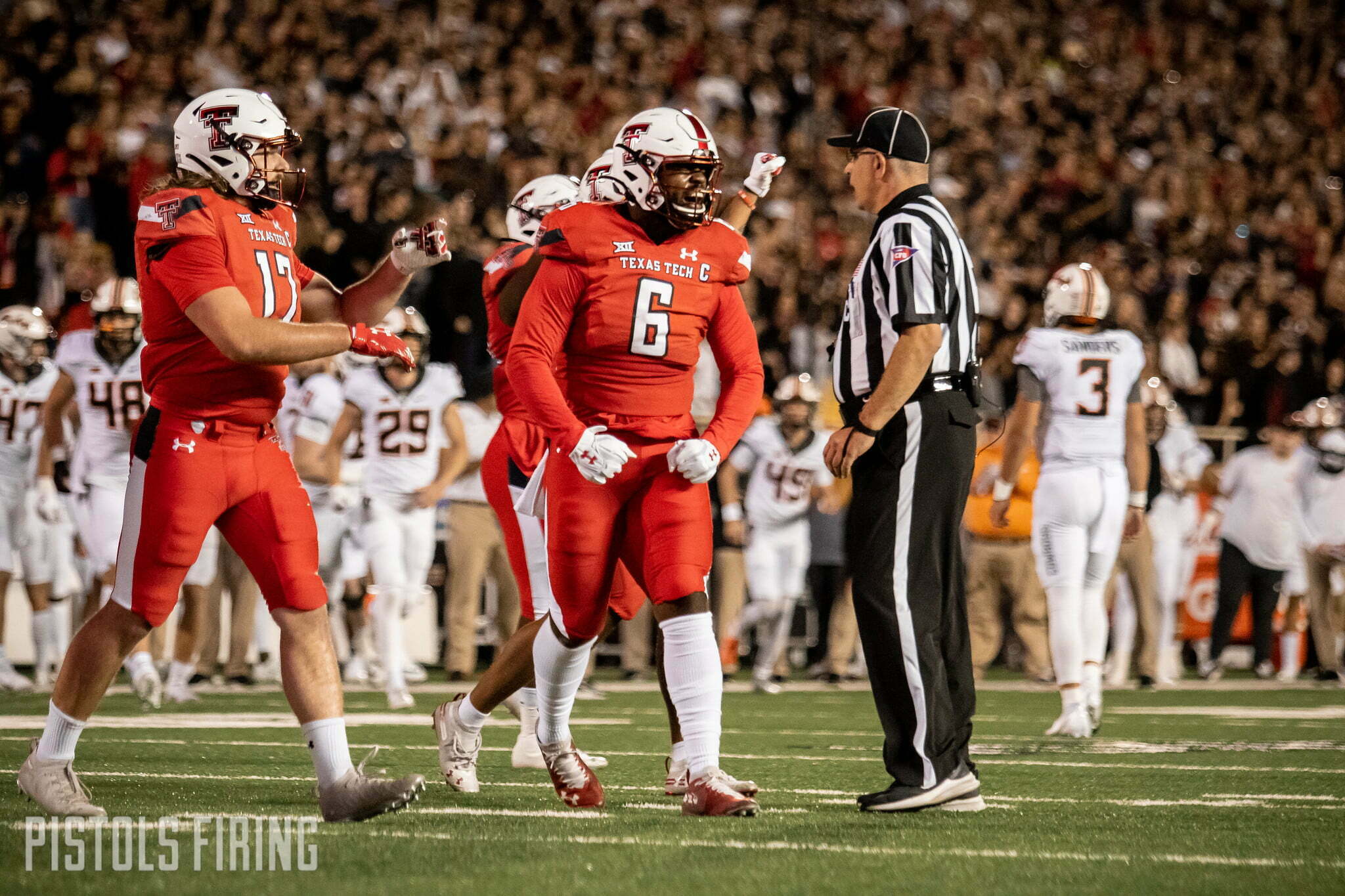 After kicking off their conference slate with a Big 12 Championship rematch against Baylor, the Cowboys will host Texas Tech in their home Big 12 opener on Oct. 8.

Regardless of how the game in Waco goes, this could be a potential letdown for the Pokes, but there are plenty of reasons the Cowboys should be prepared for a fight with the Red Raiders.

Let’s continue our series looking at OSU’s Big 12 schedule and the hurdles the Cowboys will have to overcome to get back to Arlington.

Tech brass went a different direction with first-year head coach Joey McGuire. The former Baylor defensive assistant remained on staff in Waco through the transition from Matt Rhule to Dave Aranda, with the latter retaining McGuire as assistant head coach. He also coached the Bears’ outside linebackers and defensive ends each over the past few years. How quickly a defensive mindset takes hold in Lubbock remains to be seen, but McGuire will have some talent on that side of the ball with All-Big 12 Honorable Mentions like edge rusher Tyree Wilson, DT Jaylor Hutchings, safety Dadrion Taylor-Demerson and LBs Krishon Merriweather and Reggie Pearson.

While McGuire is known for defense, he’s brought in a hot, young offensive coordinator with Red Raider ties in Zach Kittley. Kittley spent last year at Western Kentucky where he flipped the Hilltoppers offense from 115th in scoring offense in the FBS a year earlier to No. 2. Kittley started his college football coaching journey at Tech as a student assistant and then graduate assistant from 2013-17 before earning his first OC job at Houston Baptist. His dad is longtime Texas Tech track and field coach Wes Kittley.

Kittley’s offenses may remind you more of the wide-open uptempo attacks you’ve seen in Lubbock in the past, and he’s got some options as to who will lead it.

Joey McGuire has yet to name his starting quarterback, as of writing, but that’s mostly because he appears to have several quality candidates.

Tyler Slough went down early last year after transferring from Oregon. He’s probably got the most upside, but he’s yet to earn the starting gig just two weeks out. Donovon Smith returns after his debut year, as does Behren Morton.

McGuire on Tuesday indicated that there was a clubhouse leader but that he was playing it close to his chest.

“I know y’all want to hear the starter,” he said, “and, trust me, there’s definitely somebody that’s taking it, but I’ve told them from the get-go that we’re going to go all the way through the second scrimmage. I thought they did well. Each one of them had big plays. Each one of them did some things we’ve got to work on.”

To help protect his QB, Kittley also brought with him his start offensive tackle, Cole Spencer, a three-year starter at WKU.

Oklahoma State was able to shut out Tech 23-0 last season but the Cowboys dealt with some attrition this offseason, especially in the back half of their defense. If the Red Raiders can start hot, and maybe catch the Pokes in a Baylor hangover, this one has a chance to be more of challenge for OSU.