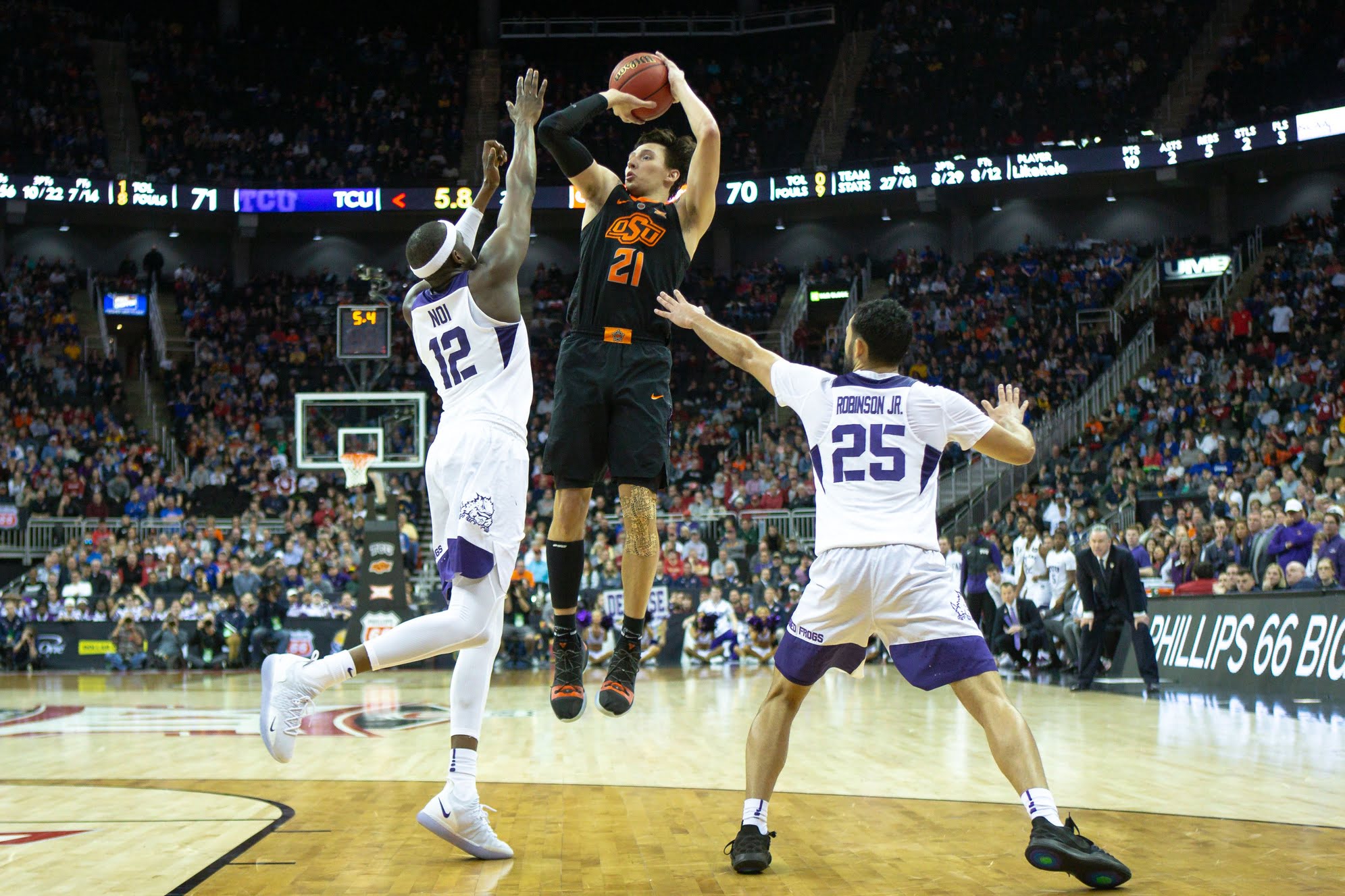 KANSAS CITY, Mo. — What a fitting way to end the season.

The Oklahoma State basketball lost to TCU 73-70 on Wednesday in the first round of the Big 12 Tournament. To move the season past this week, the Cowboys needed to win the entire tournament, something that would’ve been quite difficult for a team that has a six-man rotation.

The Cowboys showed a lot of fight, overcoming a 21-point deficit to lead in the final minute before ultimately coming up short. Here are five thoughts from the final game of OSU’s 2018-19 season.

1. The Microcosm of the Century

You could’ve only watched that basketball game and seen all you need to know what kind of year it was for OSU basketball.

A person who never watched OSU basketball would’ve said: “Wow, this team doesn’t look good,” and “Why are they only using seven guys? Oh, that’s all they have,” and “Holy crap this team doesn’t quit,” and “Wow, that was a crummy way to end it.”

This season of OSU history can be called a lot of things, but one of the most prevalent traits it had was that it was entertaining. This team, undermanned and without a shot at postseason play, never gave up. The Cowboys were down 21 to TCU in what was almost assuredly their final game of the season, and with 26.1 seconds to go, OSU took its first lead of the game.

“In a lot of ways this was a 40-minute microcosm of what we’ve been, who we’ve been,” Boynton said. “We’re certainly good enough to come back from 20 down and take a lead in the last minute. Also, at times, there may be a lack of urgency or awareness that you can be down that much in a game where, it’s pretty clear, when we lose here, it’s over. But with all that said I’m really proud.
“I’m not sure I’ve ever been more proud of a team, and I’ve coached and played on some really, really successful teams. It may be hard to understand how you can be so proud of a 12-20 season but it’s really just the way the kids represented our program, me in some ways, but this is a season that we all will remember but also learn from.”

2. Yor Anei Is and Will Be a Problem

Yor Anei blocked 35 shots in the past five games.

Against TCU on Wednesday, he had 17 points, 10 boards and seven blocks. In his first year of college basketball, Anei tied the school record for blocks in a season (85), and he already ranks 13th on OSU’s career blocks list.

Anei was also an issue for the Horned Frogs when OSU was on offense, especially in the second half, where he scored nine points on 80-percent shooting and had four offensive rebounds.

He’s only a freshman, and what’s good for OSU fans is that Anei is still raw and doesn’t quite have the polish of an NBA-ready guy, meaning there’s still opportunity to see his 6-10 body with his 7-foot wingspan throw shots into the 200s of Gallagher-Iba Arena for a few more seasons.

3. Lindy Waters’ Steady Game Allows OSU to Get Back in It

A big talking point from this game will obviously be Lindy Waters final field-goal attempt that bounced high off the rim, but Waters played a great game.

Waters tied Anei’s team-high with 17 points while setting a career-high with seven assists. The Cowboys started the game in an 8-0 deficit before Waters hit a pair of 3s to keep the Cowboys’ heads above water (no pun intended).

Waters has been there a lot when OSU needed him this season. He drug the Cowboys to overtime in Lubbock. He scored in double figures in 22 games this year and played a grueling 1,043 minutes.

“I feel like I’ve grown up a lot,” Waters said. “With off the court things as well, not just having a whole new responsibility on the court, whether that’s coach asking me to shoot more or take leadership. Even off the court. It’s really helped me to become more disciplined, take care of everything that I need to and be really responsible. Going forward I think that this season’s really helped me grow up.”

The Cowboys seemed to have a lot going for them this season, but it didn’t result in a lot of victories. It has a lot to do with OSU having only six guys play major minutes this season, but 50 years from now when someone is looking through school records, that person will probably think the 2018-19 Cowboys were stacked.

It’s true. Marcus Watson, Avery Anderson, Kalib Boone, Keylan Boone and whoever else Boynton lands this offseason will undoubtedly help this group a season from now, but they probably aren’t going to come in and take over.

The seven scholarship guys from this season’s team will be a major factor for how good next year’s team is. The depth will help, and the 2019 class will likely play some major minutes, but they need to know what guys like Waters, McGriff, Dziagwa, Likekele and Anei already know. They need to know what it takes to not give up when the team is down 21 in a conference tournament game. They need to know the mindset needed for the Big 12.

Next year’s OSU squad will come with higher expectations, but it won’t be solely on the backs of the team’s freshmen.