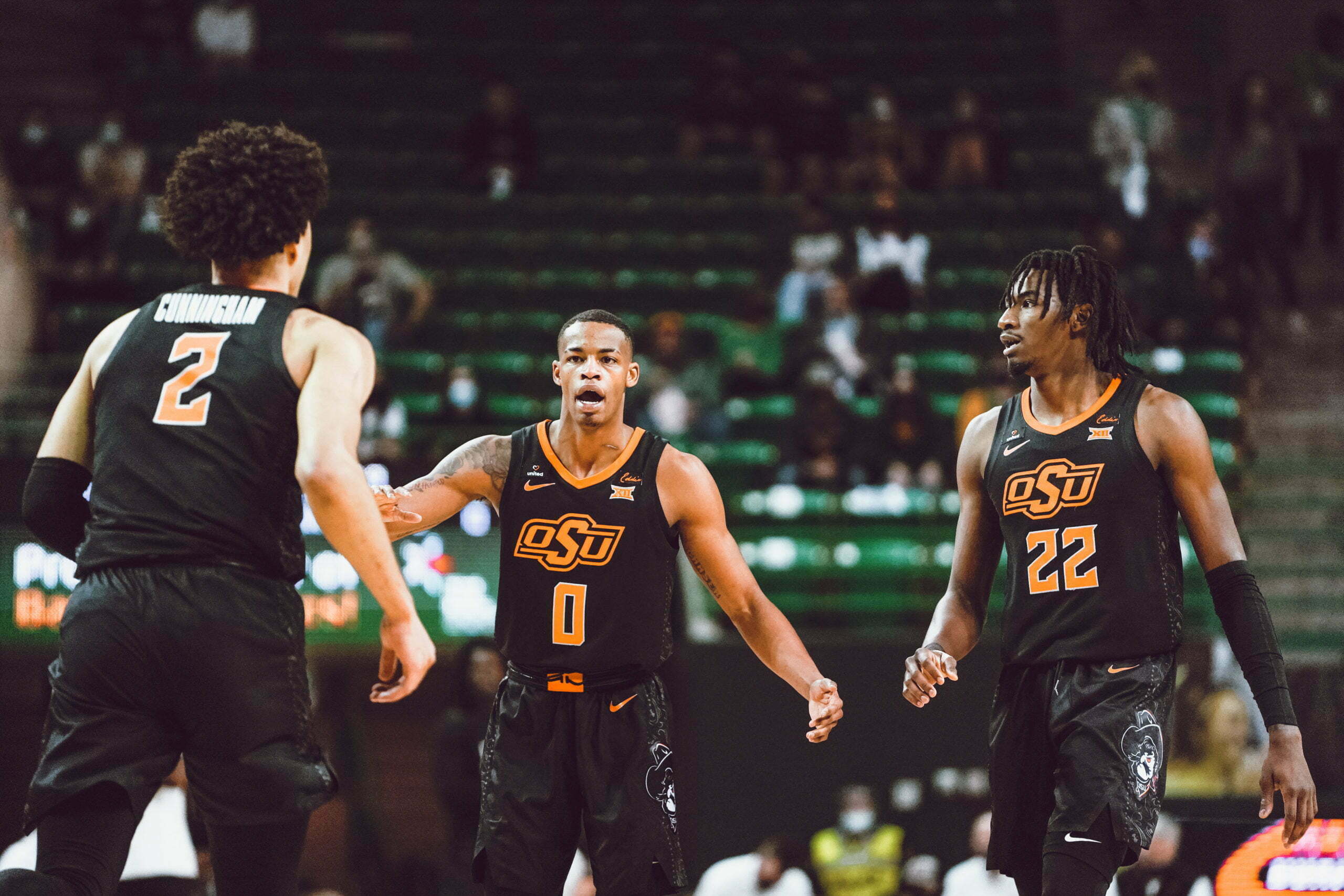 Oklahoma State did yeoman’s work to earn a 5 seed in the Big 12 Championship bracket, especially when you look at the murderer’s row the Cowboys faced over the last two weeks of the season.

Here’s a look at the final conference seeding and the schedule for the tournament.

OSU vs. WVU This Year

The Cowboys jumped out to a 19-point lead on the Mountaineers in GIA on Jan. 4, but then things went south. Bob Huggins’ squad stormed back to win 87-84.

The two teams most recently met Saturday, where OSU went to Morgantown without Cade Cunningham and Isaac Likekele and beat West Virginia 85-80 off a 31-point performance from Avery Anderson.

The Cowboys haven’t made it past the quarterfinals in Kansas City since 2013 when they were a No. 3 seed, but the Pokes lost to No. 2 seed K-State in the semifinals. OSU beat Iowa State in the 8/9 game last year, but COVID stopped the event before the Cowboys game against No. 1 seed Kansas.