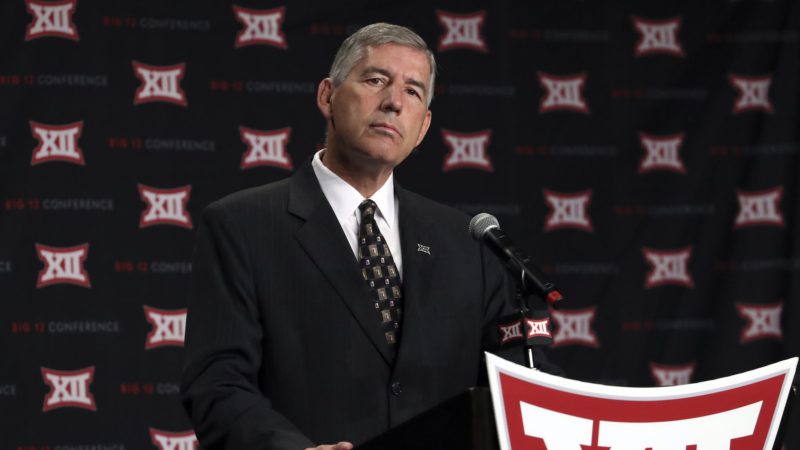 Baylor is in the news again. Big shocker there. Just days after newly-named head coach Matt Rhule had to let go of a staff member he brought from Temple due to a prostitution arrest, more bad news was announced Wednesday for the Bears.

Big 12 Conference leadership held a vote — sans Baylor — and decided to withhold 25 percent of the future monetary payouts until the school can show that it meets certain standards.

Oklahoma president and Big 12 Board of Directors chairman David Boren stated the following in the release.

“Effective immediately, the Conference is withholding 25 percent of Baylor’s share of any future revenue distribution until the proper execution of controls is independently verified.”

Last season, the Big 12’s $304 million income was split equally between the 10 schools. So of the owed $30.4 million, Baylor could be looking at $7.6 million in potential withholding depending on what stage of the payout they are in and how long they take to comply (and likely more than that in the future if this lasts multiple years).

“The proportional withholding of revenue distribution payments will be in effect until the board has determined that Baylor is in compliance with conference bylaws and regulations as well as all components of Title IX.”

Before we praise the Big 12 for taking any sort of stand or direct action against Baylor, we need to know where that money is going.

FWIW, I'm told this isn't a penalty. Money will be held in escrow pending completion/result of the audit.

(3) And that's not the definition of punishment. And a lot of people think Baylor should be punished.

So if that is the case, Baylor could potentially get all of the money back if they meet the terms set by the conference. This seems less like a punishment and more like another PR pacification. At best, this is a nearly $8 million leash that the conference can hang on Baylor.

The conference may also be doing a bit of posturing on the issue ahead of potential action yet to be taken by the NCAA.

The Big 12 announcement comes after sources told ESPN’s Outside the Lines last week that the NCAA is casting a wide net to determine what NCAA rules might have been violated during Baylor’s sexual assault scandal. The NCAA is also asking whether Baylor players might have been provided improper recruiting inducements and other illegal benefits while playing for the Bears, according to the sources. ESPN