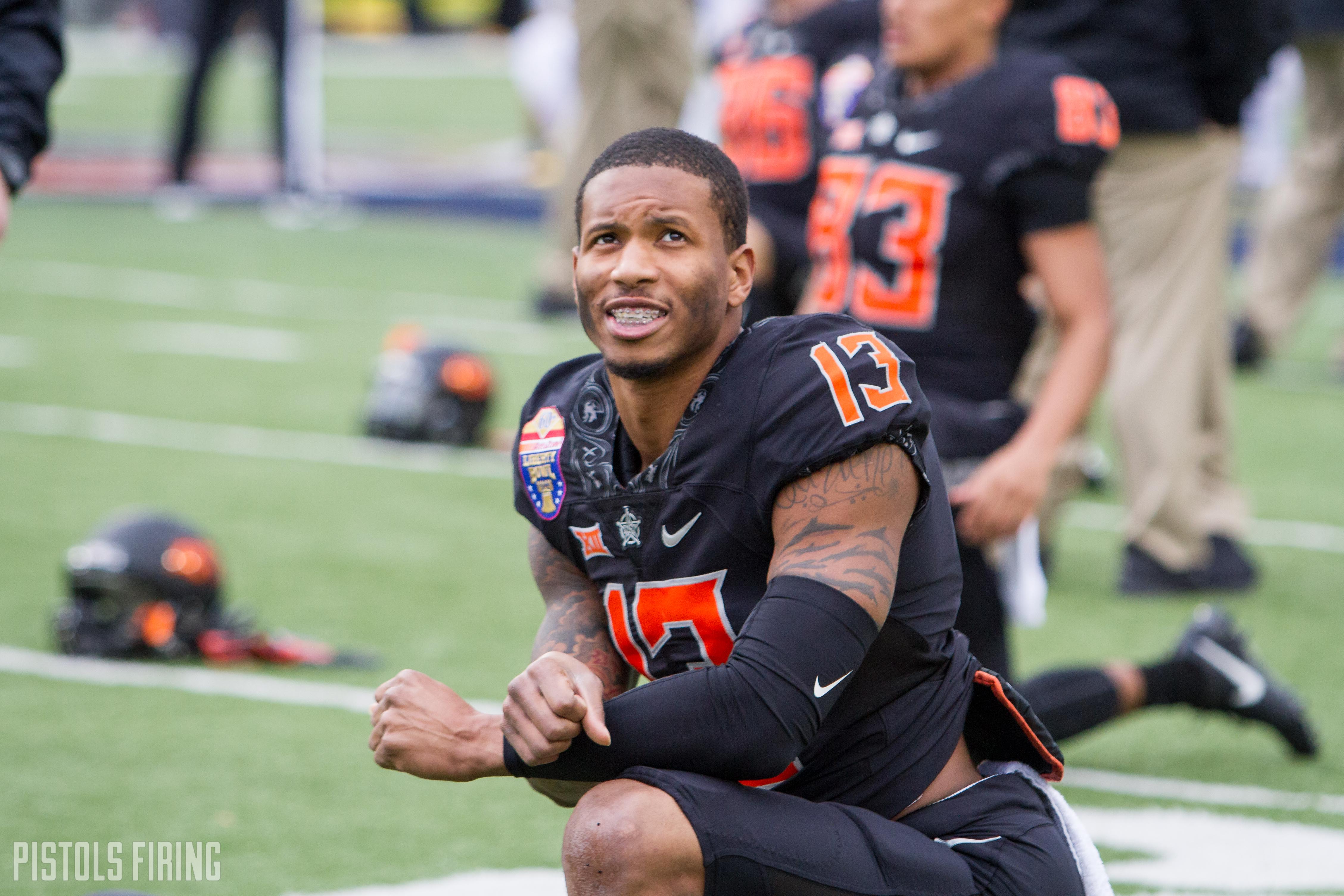 In Oklahoma State’s 38-33 Liberty Bowl victory against Missouri on Monday, Tyron Johnson had a career-high 141 receiving yards off seven catches to go with two touchdowns.

Before this season, Johnson’s career game came in Bedlam last season when he had 118 yards and two scores on four catches. He has added three 100-yard performances this season. One came against lowly South Alabama, but the others came against No. 6 Oklahoma and No. 24 Missouri.

The biggest games of his career have often come against the best teams No. 13 has faced. Here are his top five games by receiving yards.

“The O-line … gave time to make throws, and Corn did a great job today,” said Johnson. “The safety was cheating over to 2 (Tylan), we knew that coming into the game. I knew when my number was called I would have to make a play.”

“I love big games,” added Johnson. “My high school coach would always get on me … in big time games I make plays. It’s confidence in myself, confidence in my team. These guys — tremendous guys, great coach. Coach Gundy got us fired up before the game. We were really fired up to play. It was awesome to play with my brothers and send the season off on a good note.”

Johnson’s first score in the Liberty Bowl came from a one-on-one battle with Missouri corner DeMarkus Acy. Johnson made a leaping, one-armed grab and celebrated with a …. well I’m not exactly sure what it was but as is true with most things Johnson does, it looked cool.

Johnson dominated the drive that ended in his second touchdown. Johnson beat Acy in another jump-ball situation to start the drive.

On the next play instead of outjumping Acy, Johnson ran by him on the way to a 46-yard touchdown reception.

OSU had seven chunk passing plays on Monday — defined as 15 yards or more — and Johnson had four of them. It was arguably his best performance to date in a game that gives OSU a little juice heading into the offseason and 2019 schedule.