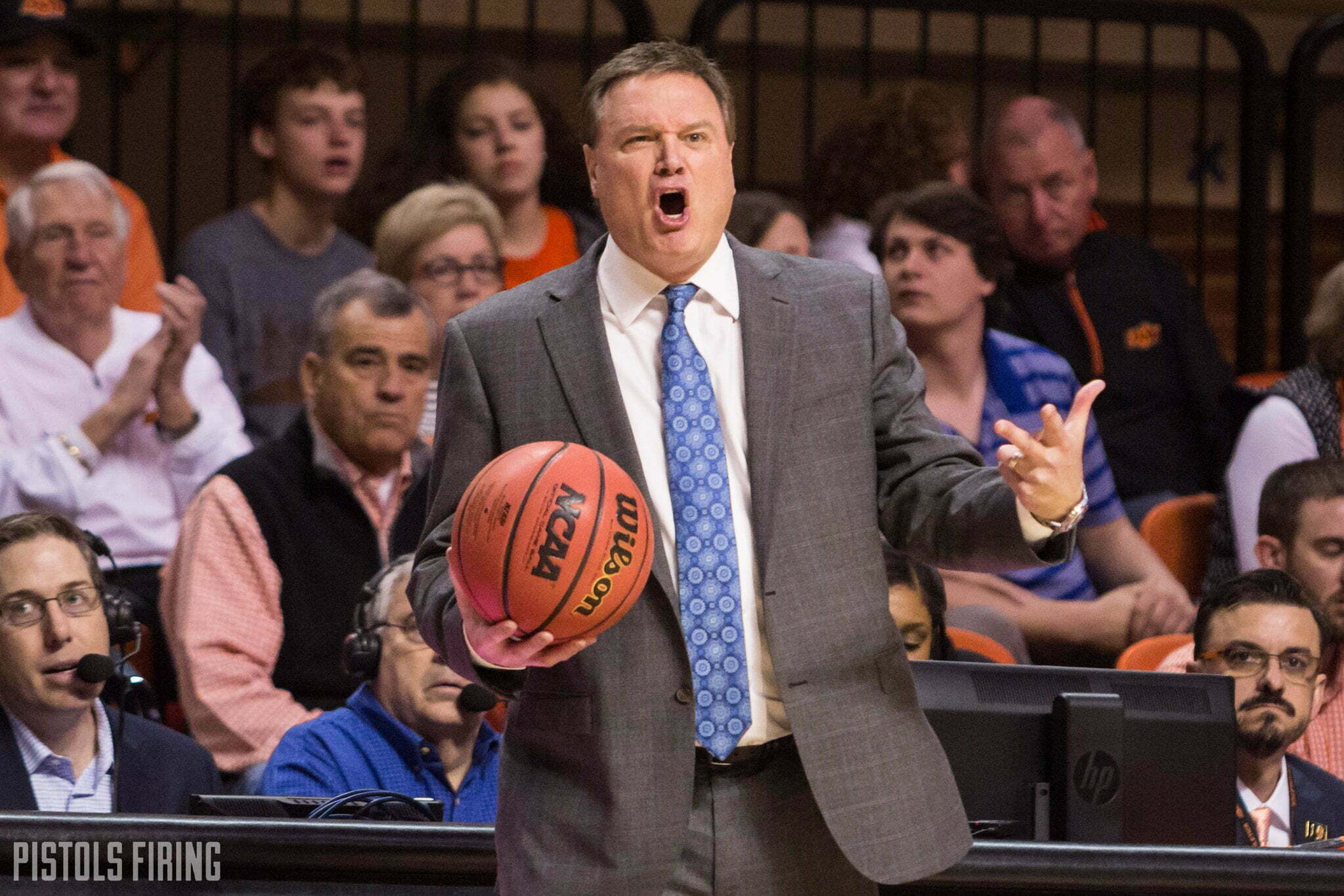 Bill Self has won 82% of the games he has coached in with the Jayhawks, but Self has won only 46% of those games in the gym he used to play in.

An Oklahoma State alum, Self is 6-7 in Gallagher-Iba Arena since taking over at Kansas in the 2003-04 season. He has a chance to get to .500 in Stillwater on Tuesday when the Cowboys host the Jayhawks at 7 p.m.

“I think most of the time, if you’re 50/50 on the road, you probably think that’s OK,” Self said Monday. “In this situation, I think we’ve had the hardest time winning, if I’m not mistaken, moreso than any place in the league — West Virginia, maybe. It’s been hard for us.

“Maybe some of it’s my fault, early on especially. Maybe putting too much pressure on the guys that I really wanted to win there. I don’t know.”

The first time Self visited his old stomping ground with the Jayhawks was in that 2003-04 season, when the Cowboys thumped KU 80-60. It was a Big Monday matchup where John Lucas scored 21 points and Tony Allen added another 17. It was the season OSU made it to the Final Four.

The teams’ next meeting in GIA came during the 2007-08 season. In that game, Byron Eaton hit a game-winning free throw with 12.6 seconds left. Brandon Rush missed a 3-point attempt at the buzzer, and a packed GIA student section spilled onto the floor with OSU winning 61-60. Eaton finished with 26 points.

The Pokes won again during the 2009-10 season, winning 85-77. In that game, James Anderson dropped 27 points while Obi Muonelo, Keiton Page and Matt Pilgrim all also scored in double figures.

KU then won back-to-back times in GIA before OSU won four of the next five. The Jayhawks have won in their past two trips to Eddie Sutton Court.

With the guys Mike Boynton has recruited to Stillwater, this could be the closest the two teams have been in terms of talent since Marcus Smart was backflipping through Lawrence.

At his Monday news conference, Self said with the tight games OSU has lost, the Cowboys could “easily be 10-1 or 11-0.”

It should be a fun one Tuesday evening in Gallagher-Iba Arena, and it’s a chance for the Cowboys to put another mark in the loss column for an alum.

“I think that they get pretty amped up to play against us,” Self said. “They’ve had some really good players, and they’ve had really good teams.”