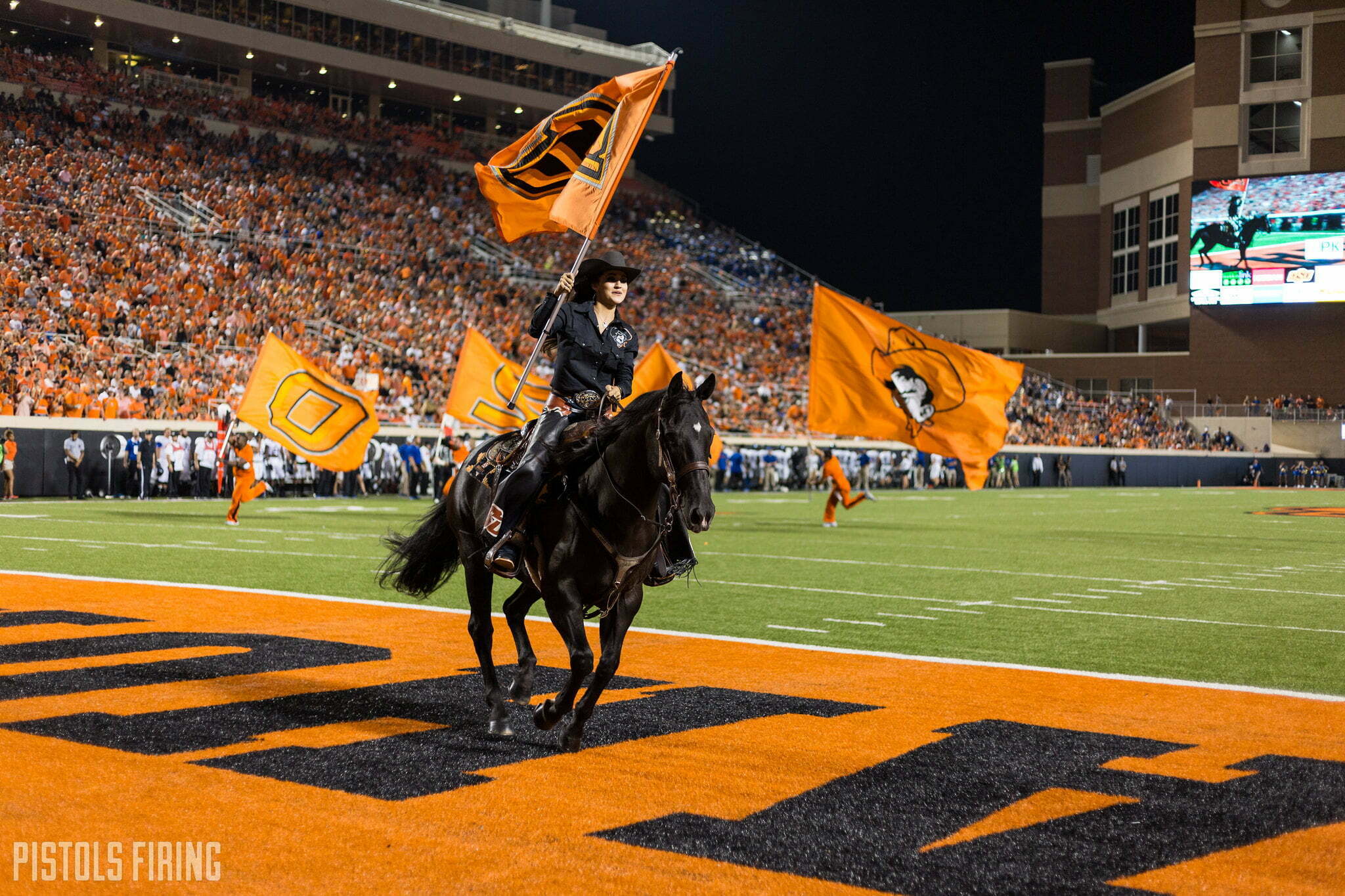 Between Oklahoma State’s woefully bad Bedlam record historically and recently, coupled with a feel that somehow Squinky will tilt the outcome in favor of the Sooners, there’s a feeling among the OSU faithful that OU is unbeatable. The Sooners are the team OSU fans want OSU to beat most, and yet in the annual OKC Dave survey, they’re the team OSU fans have the lowest degree of confidence in winning against.

But 2020 has a different vibe to it. It’s not just that OSU’s defense is pacing as an all-timer, either. It’s that OU has some chinks in the armor. This OU team is beatable, after all. The Sooners enter Saturday with two ticks in the loss column.

So what’s the path to beating OU? I’ve laid out five reasons why I think it’s possible, but here’s how they can pull it off, with lessons learned from the teams that have already done it this season: Kansas State and Iowa State.

1. Spencer must be rattled

In OU’s two losses this season, Spencer Rattler, OU’s starting quarterback, committed a total of four interceptions and a fumble. Getting the young QB off his rhythm has been key to disrupting OU’s offense.

More to the point, making OU play from behind has put Rattler in a position to press. Twice this season — both in losses — he’s thrown what effectively were game-ending INTs as he tried pushing the ball down field.

It’s not just applying pressure off the edges or up the middle. Putting him and OU in a position where they feel the need to play from behind is a position of strength for the opponent.

Theoretically, the best game plan to beat OU is to establish the run, dominate time of possession and keep OU’s offense — for as long as possible — off the field.

But that’s not how Kansas State and Iowa State pulled off their upsets. Both teams lost time of possession battle, and both teams threw a combined 49 pass attempts, amassing a total of 588 yards passing — and a whopping 19.6 yards per pass completion. That’s James Washington level efficiency for opposing receivers against OU’s secondary.

Now, Iowa State found success with a balanced attack — Brock Purdy threw for 254 yards while Breece Hall rushed for 139 yards, replete with a game-long 39-yard rush. But OU to this point has been most beatable through the air, with a pass defense that ranks 66th nationally in yards per game allowed (as opposed to a rushing defense that ranks top-15 nationally in rushing yards allowed per game.)

Lincoln Riley is as brilliant as anyone when it comes to offense, but if OU becomes one-dimensional and can’t establish a threat on the ground, the offense becomes a stop Spencer slow the Sooners approach. That’s a much easier task — not easy! — but much easier than trying to stop Spencer Rattler and Rhamondre Stevenson and TJ Pledger. It’ll be a big-time task for OSU’s defensive line that’s right around top-40 nationally in rushing yards allowed per game but is top-35 nationally on a per-rushing attempts basis.