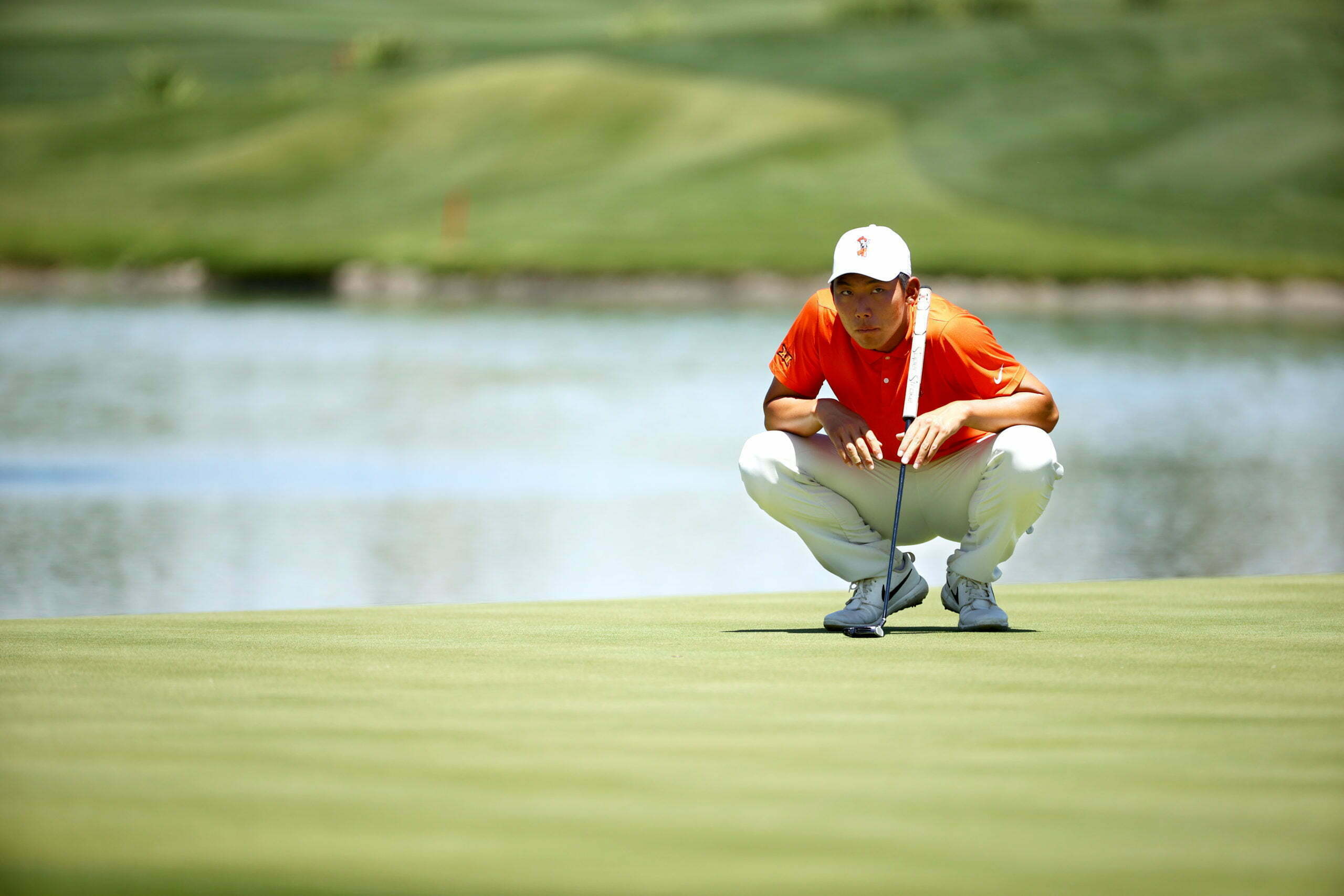 [Photo via Photo by Jamie Schwaberow/NCAA Photos via Getty Images]

The Cowboys could have consecutive individual national champions.

Oklahoma State freshman Bo Jin leads the field through two rounds at the NCAA Championships in Arizona. Matthew Wolff won the tournament the last time it took place, in 2019. Jin would be the 10th individual champ in OSU history should he hold onto his lead.

Jin has contributed to the Cowboys opening up a five-stroke lead in the stroke-play portion of the tournament with a team score of 6-under 554. Oklahoma sits in second at 1-under.

Jin carded a 3-under 67 in Friday’s first round before besting that by two strokes on Saturday. Saturday saw Jin birdie holes 16, 17 and 18 to close out his round, three of seven birdies he tallied on the day. That brings his two round total to an 8-under 132, three strokes up on the field.

His 65 was the lowest score an OSU golfer has carded at the NCAA Championships since Charles Howell’s 63 in 2000, when Howell won the individual championship and OSU won as a team.

Jin hasn’t won a collegiate tournament this early in his career, but he has been on the cusp, especially lately. He finished second in his past two outings, tying for second in the Big 12 Championships and standing alone in second at the NCAA Regional at Karsten Creek.

Here where the Cowboys sit individually heading into Sunday’s third round.