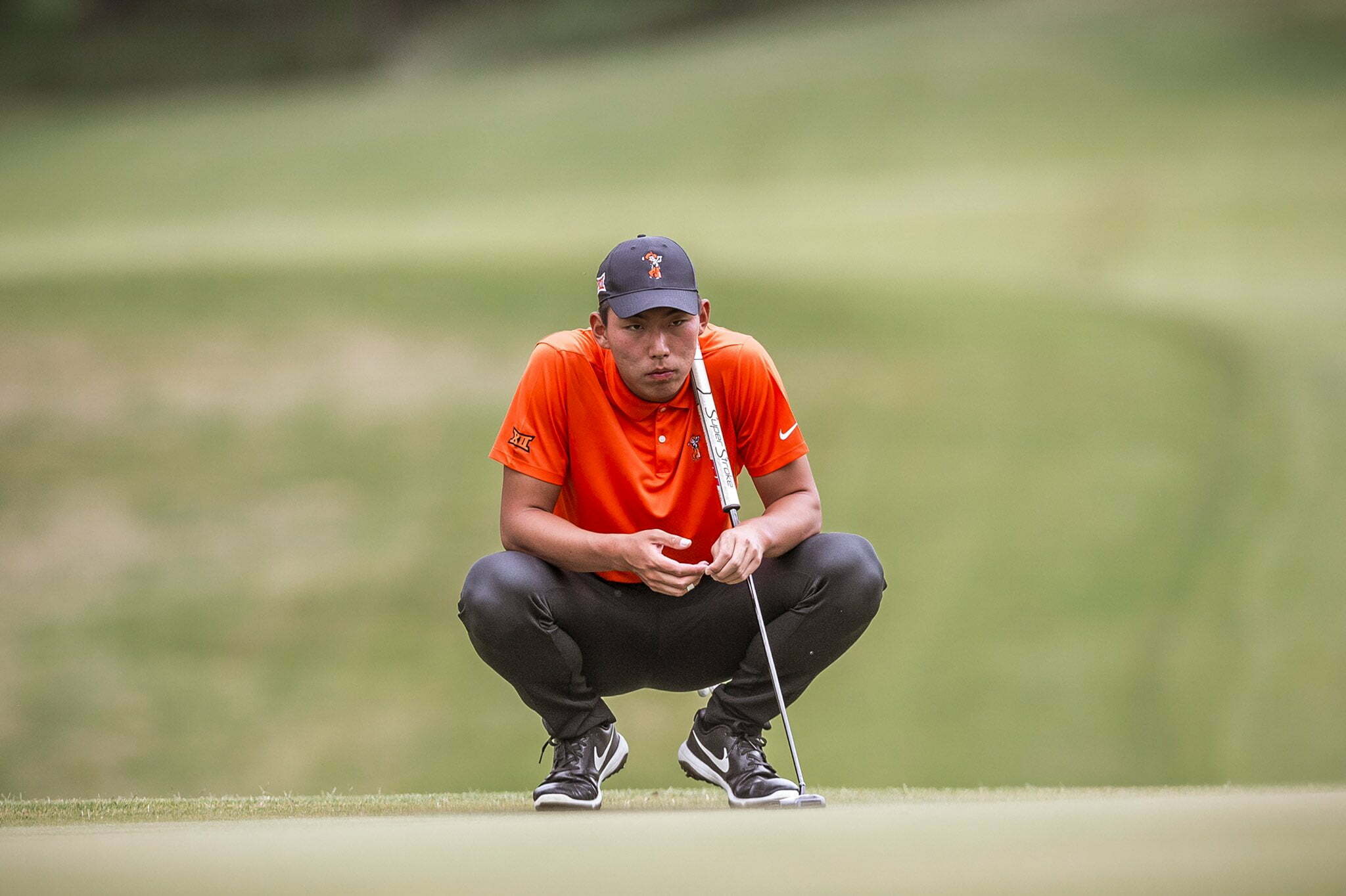 How did he respond to the pressure? Jin is in third after two rounds at Karsten Creek, and he shot a 7-under 65 in his second round, tied for the low round of the tournament. He eagled his final hole of the day.

“Well, I tried not to give myself too much pressure,” Jin said. “I just played my golf game.”

Jin, originally from Bejing, China, was one of three international students Oklahoma State used in Monday’s regional, joining Eugenio Chacarra (Spain) and Jonas Baumgartner (Germany). Eight of the 13 players on OSU’s roster are from another country.

It isn’t a new concept for OSU to recruit golfers internationally. Recent standouts like Viktor Holvand, Kristoffer Ventura and Alex Noren all came to Stillwater from overseas, but this group has come together from all over.

“We obviously start in Oklahoma with guys like Austin Eckroat, but you’re just trying to find the best fit,” OSU coach Alan Bratton said. “It’s kind of interesting if you look at the stories of how you find your way to whoever you end up with. But I like the group that we’ve got. They’re hard-working guys, and we’ve got a young team really young team. I mean we had two 18-year-olds in the lineup at the start of the day today and that were on the Big 12 championship team. I liked the guys we’ve got. They’ve meshed well and they work hard.”

Jin has been in the U.S. for the past five years. His family moved from China to San Diego when his brother, Cheng, enrolled at USC to play golf.

Bratton said Jin moreso found OSU than OSU found Jin, and OSU is all the better for it.

“It’s a great school,” Jin said. “Once I started playing junior golf in America, I knew about the school. They won the national championship in 2018, and they hold a bunch of records, too. I just really wanted to come here. I reached out to both Coach Bratton and Coach [Donnie] Darr, and I’m glad they recruited me.”