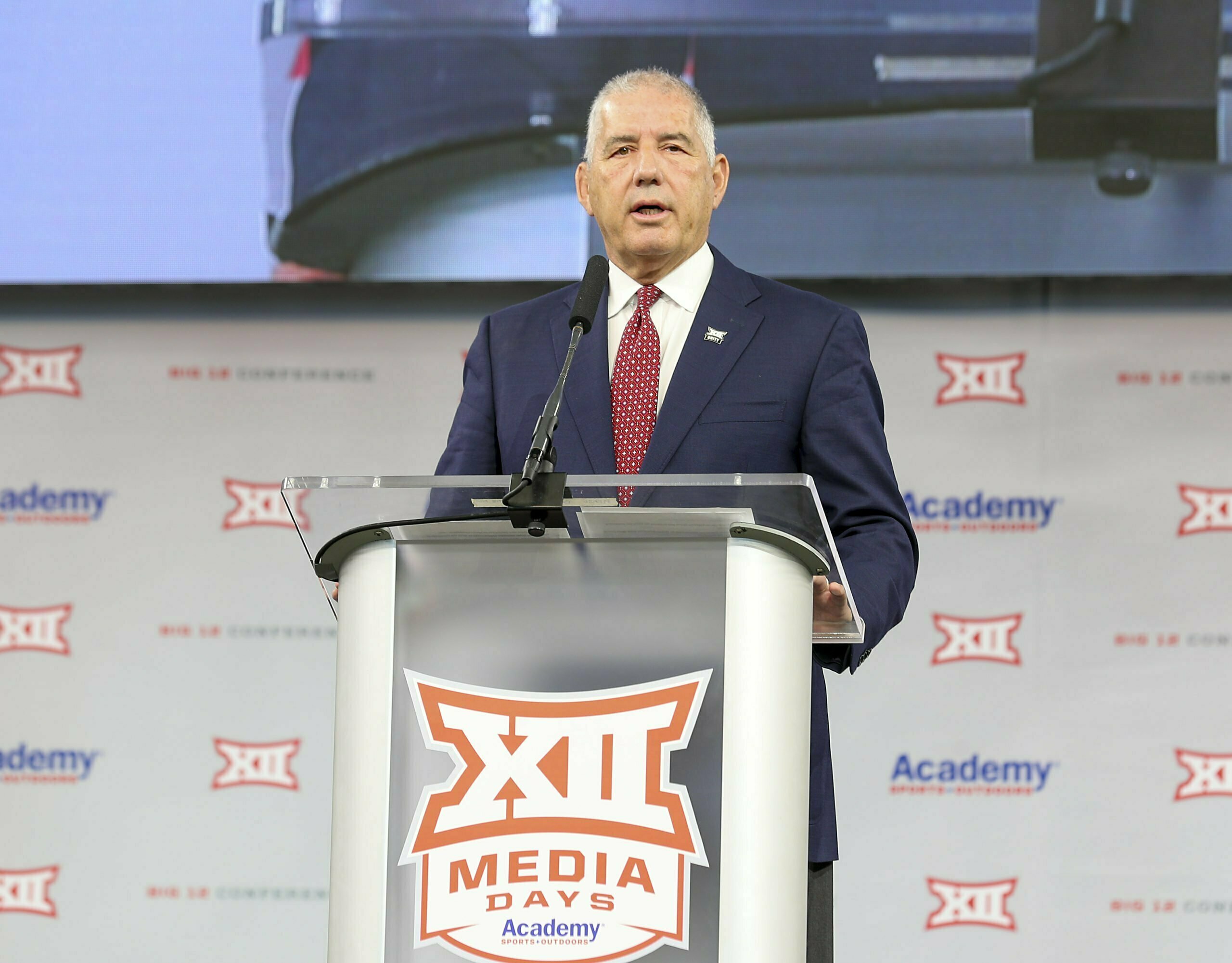 The Big 12’s football media days kicked off on Wednesday with the annual state of the conference address from league commissioner Bob Bowlsby.

As you might imagine, the topic of the global pandemic and its effect on last year’s sports season — and the one upcoming — demanded the bulk of his attention.

The biggest takeaway? COVID-19 was tough to plan for and navigate last season and, though we appear to be on the road back to normal, college sports is not out of the woods yet.

Bowlsby stated that he recently broached the subject of revisiting pandemic protocols for this upcoming sports season, and that it was not the most popular topic with the leaders of member schools.

“I don’t know that I’ve ever introduced a topic that was less warmly received than the revisitation of all the protocols and things that we have gone through in the last year,” Bowlsby said.

Bowlsby pointed to the Delta variant of COVID-19 — which is reported to be more contagious than previous strains — as a reason to continue to be vigilant.

“Frankly, I’m kind of — I’m exhausted,” said Bowlsby. “I wasn’t excited about revisiting protocols for this fall, and yet I think if you’re honest with one’s self, you have to look at this and say, ‘yeah, we wish we were done with it, but we’re probably not quite done with it.'”

Bowlsby added that the league is encouraging student-athletes who haven’t yet been vaccinated to do so in order to minimize the impact of the Delta variant.

“Frankly, anyone not getting vaccinated is taking unnecessary and unwarranted risks,” Bowlsby said. “And that’s not just student-athletes; that’s anybody in our society. I think the Delta variant may, indeed, be a blessing for us because it punctuates the fact that we’re not done with this yet.”

Mike Gundy won’t get his turn at the podium until Thursday but a couple of his colleagues were asked about their expectations for the season and how they are advising their players and staff.

West Virginia’s Neal Brown was asked directly what he would recommend for his players when it comes to vaccination. He said he leans on his medical staff.

“I think our team has been well-versed,” said Brown. “It’s an individual decision. I can speak from personal experience. I’ve been vaccinated. My wife was vaccinated, 13-year-old daughter, my parents, my wife’s parents. So to share personal experience, but as far as advice, that comes from our medical community.”

Kansas State head coach Chris Klieman, like the rest of us, just hopes things will continue on the road to normal.

“This year, hopefully, and I know there’s still some variants out there but hopefully, with vaccinations and protocols, we can have everybody with full capacity football teams in full-capacity stadiums so that college football can get the great recognition that it deserves as a great, great product,” Klieman said.

As far as what those protocols look like this fall remains to be seen as the league’s athletic directors continues to meet to make those decisions. But Bowlsby says he expects those details to be ironed out over the next 30 days.

But don’t expect any rigid, season-long determinations. It looks like it will be more of a continuous, fluid approach.

“We’ve learned the lesson on patience and long-term planning,” said Bowlsby, “and it’s just most of the time not worth spending a lot of effort on it.”

If there’s a silver lining to the need for whatever protocols or limitations teams have to deal with, it’s that they’ve been through them all before.

“There’s still going to be a fair amount of testing,” said Bowlsby. “We had a lot of surprises and disappointments during the last year, but ultimately I think self-discipline became the coin of the realm.”