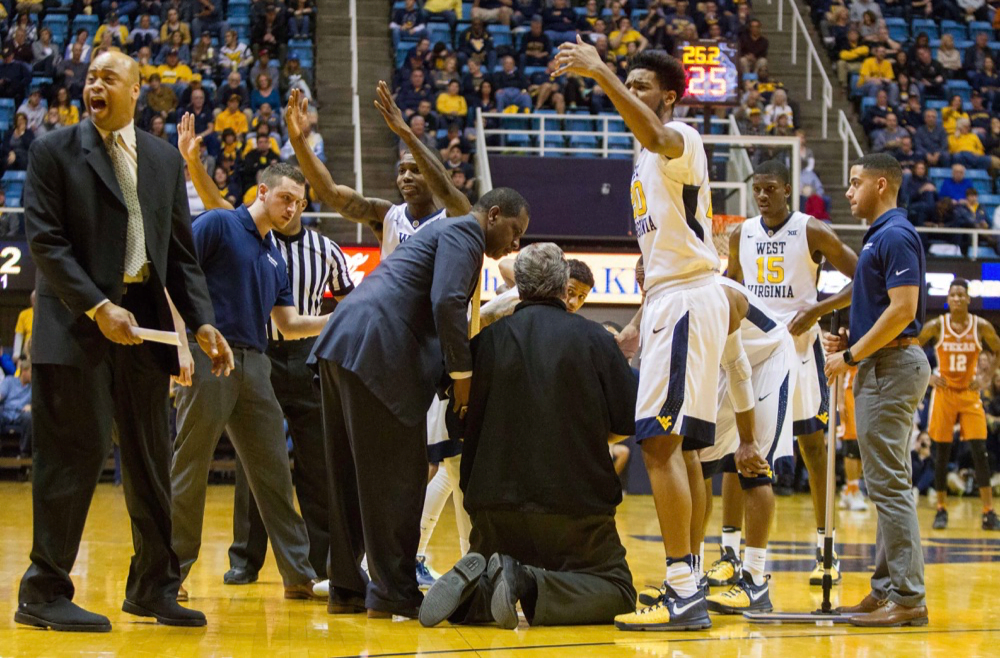 The first time Bob Huggins went down in a Big 12 game this season, it was downright hilarious. Huggy Bear went to the wooden floor in Morgantown against Oklahoma State earlier in the season in a series of about 28 elongated steps.

On Monday when Huggy went to the floor, it was a lot scarier.

West Virginia coach Bob Huggins collapsed because of his defibrillator and continued to coach. #WVU pic.twitter.com/6LtbynuhJ8

Huggins appeared to be clutching his chest and was looked at by medical professionals shortly before halftime of the 12th-ranked Mountaineers’ game against Texas. The veteran coach told ESPN’s Holly Rowe at halftime that his “defibrillator went off.” Huggins added that he is fine, but it felt like someone slammed him in the back. [ESPN]

Terrifying stuff, obviously, but it looks like Huggy will be all right. Also, it prompted Doug Gottlieb to tell a great story about him.

Favorite Bob Huggins story was a friend played for him at Cinci-skipped class, Huggins ran him in rain "you're too dumb to skip class" lol

Huggins is one of my all time favorites – very comfortable w/ who he is, flaws and all -coaches son, tougher than hell,players love/hate him