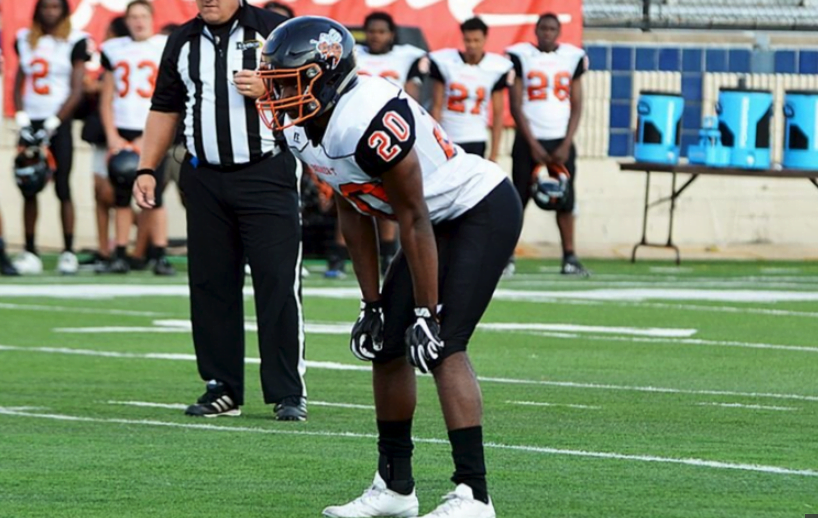 With fall classes back in swing and football season starting this weekend, Booker T. Washington running back Thomas Grayson is settling in to his senior season. The same can’t be said for his recruitment, though, which may be taking flight again in the aftermath of his Nebraska decommitment this week.

The listed three-star standout who stands at a stout 6-foot, 190-pounds, backed off his Nebraska commitment that he’d held since April on Wednesday. He says it was a decision he’d been considering for awhile, and felt now was as good a time as any to open things back up.

“My mom and I were actually thinking about it for awhile,” he told Pistols Firing. “It was such a big decision when I made it, and I felt so overwhelmed at the time so I just pulled the trigger then. It was kind of too early to make a commitment for me.”

Grayson, being one of the top in-state prospects who now finds himself available once again, says he has high interest in Oklahoma State. The Pokes haven’t yet extended an offer his way, but with top target Darwin Barlow committing to TCU on Thursday — a development I actually broke to him on Thursday during our interview — it could pave the way for Grayson and OSU to get more serious.

“I actually texted [Coach Wozniak] the day I decommitted,” said Grayson. “Because I have really high interest in OSU.

“I’m hoping to hear from OSU for sure,” he continued. “I’m going to OU for their season opener on Sept. 1, too. Texas Tech talked with me this week, I’ve heard from Syracuse, Tennessee, Colorado, Purdue .. I’ve heard from a lot of schools.”

As a standout Oklahoma product, Grayson is hopeful to draw offers from the top programs within the state. But specifically, he says his connection to OSU is why he’s holding out hope Oklahoma State will give him a look.

“I actually grew up an OSU fan. My mom worked at OSU Tulsa for awhile,” he said. “So I grew up a fan.”

Grayson’s teammate, DJ Jones, committed to Oklahoma State early in the recruitment process; Dax Hill, the five-star senior, is also a top OSU recruit. Their decisions won’t impact his final decision, but it could play a factor in his ultimate destination.

“I just want to find the right situation for me,” he says. “But yeah, me and DJ, we’re tight. We went to OSU junior day together when he got an offer, so I was real excited for him. I’ll just have to wait and see who offers and try to make the right decision.”