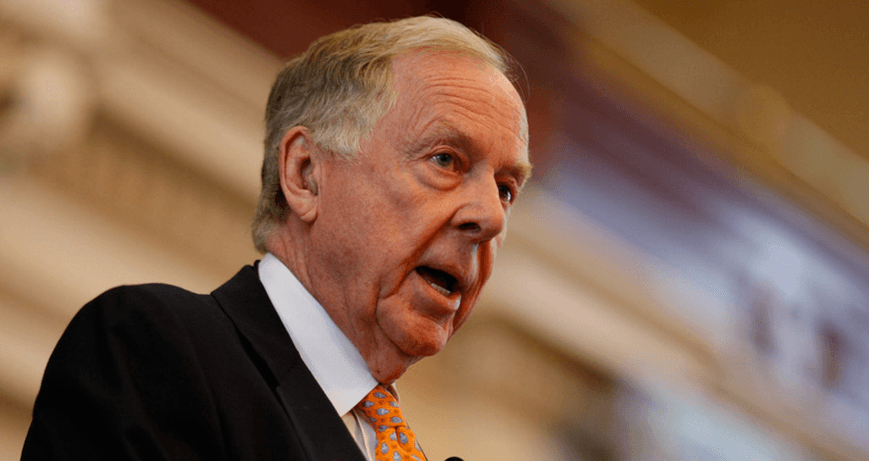 Boone Pickens is the grand marshal of the finest homecoming in the country and he tweeted on Thursday that he had a surprise for those in attendance at Homecoming & Hoops on Friday night.

I'll be there tomrw & have a surprise planned. Doors open at 8p RT @OSUMBB: Get Pumped! Homecoming & Hoops! http://t.co/wpGuMJZRQw #okstate

Of course that set off a string of “I bet this is what Boone has planned for Friday” hypotheticals on Twitter and Facebook (what else are social media for?)

• He got divorced and married again at Billy Bob’s in Fort Worth last weekend after a wild night of drinking away the TCU loss.

• He walks out with Oliver Luck and they make a joint announcement that OSU and WVU have swapped Dana for Yurcich. Then Dana walks out and Le’Bryan and Cobbins pour a trash can full of Red Bull on his head at midcourt. Dana does the NaeNae.

• He has paid to expand the College Football Playoff to 56 teams this season so OSU can make it.[1. They still might not make it.]

• He bought Sports Illustrated and is appointing me editor-in-chief.

What do you guys think it is?