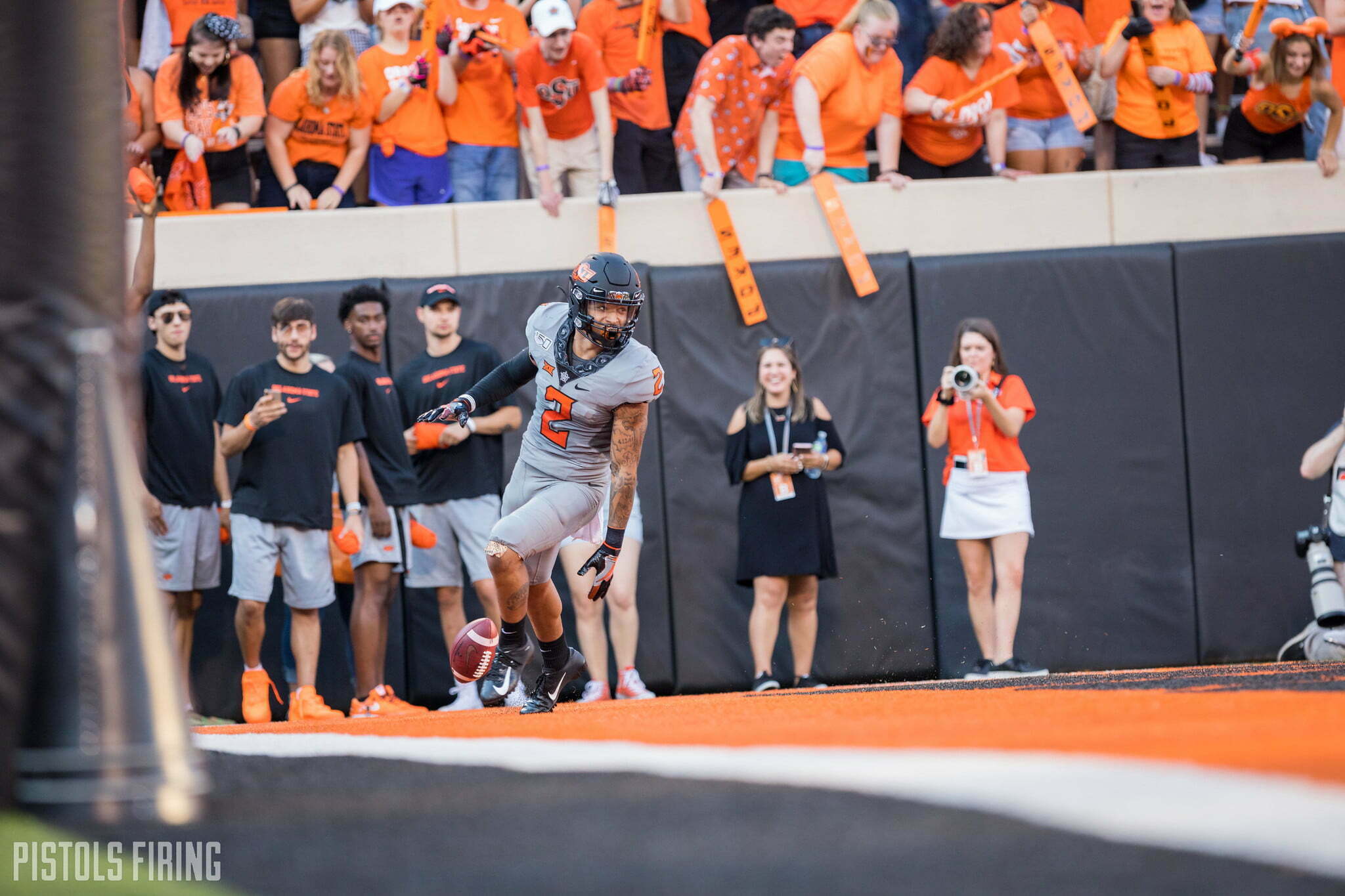 Oklahoma State is the only undefeated team remaining in the Big 12 and one of only three teams within the league boasting an unblemished record within league play, but its betting odds to win the conference this season currently sit at third as we sit here on Monday, Oct. 12.

Pretty surprising considering A.) OU has already lost two games in conference play to unranked teams, and B.) Iowa State lost to Louisiana like three weeks ago. (We still remember that was a thing, right, Bovada? Bueller?)

Nonetheless, this probably underscores just how weird the league has been to start the season — and how weird it could be between now and December. OU’s schedule lightens up quite a bit, so it’s not insane to consider the Sooners might go on a run, while OSU’s doesn’t, with upcoming tilts against Iowa State, Texas, Kansas State and OU as part of an upcoming four-game gauntlet.

A lot can happen between now and the end of league play, of course, but getting the third-best odds for the only unbeaten team in the league seems like pretty good value and probably speaks more to how OSU is viewed on the whole despite its undefeated start and despite how the rest of the league’s powers — namely OU and Texas — have struggled.