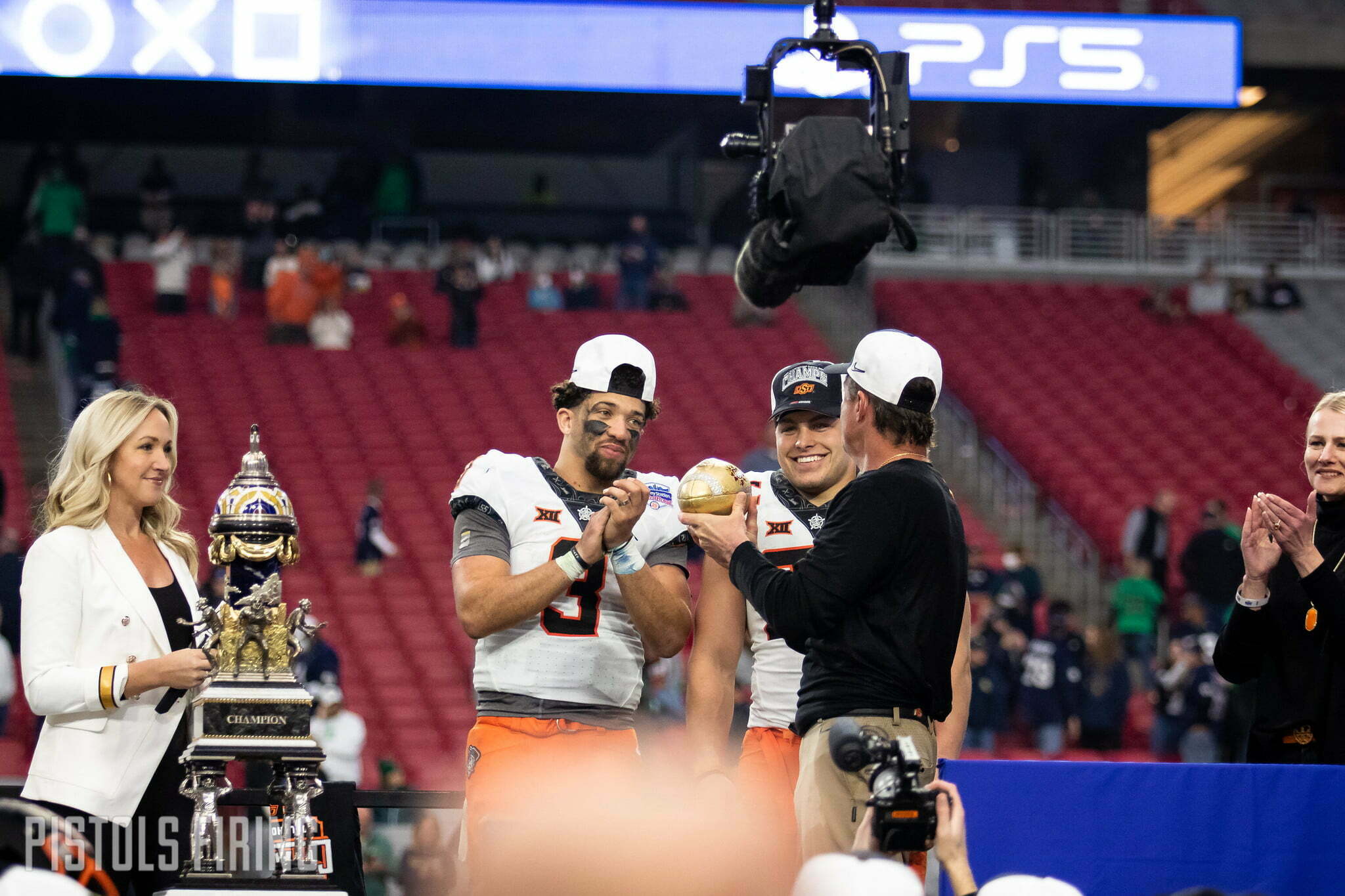 The Cowboys have just one more game on their 2022 slate, so it’s high time we started looking forward to bowl season.

Before we get to the talking heads and which bowl they see the Cowboys landing, let’s review the Big 12’s bowl affiliations. As noted under No. 1, a lot has to do with whether TCU makes the playoff.

Let’s take a look at who, when and where prognosticators see the Cowboys playing this postseason along with a brief history with those teams at those bowls.

Richard Johnson of Sports Illustrated has the Cowboys facing UCLA in the Valero Alamo Bowl. It would be the third meeting between the two programs. The Cowboys and Bruins split a home-and-away in 2002 and 2004, each winning on foreign turf.

Here are the details on the game.

OSU is 2-2 at the Alamo Bowl, winning in both of Mike Gundy’s bowl trips to San Antonio, most recently against Colorado in 2016.

Erick Smith of USA Today also has the Cowboys headed to San Antonio, but he predicts a bowl rematch with the Huskies. OSU is 2-1 all-time versus Washington. OSU lost 24-18 at home in the teams’ first meeting in 1980 and then got payback in 1985, beating the Huskies 31-17 in Seattle. OSU beat Washington 30-22 in the Cactus Bowl in 2015.

The folks at CollegeFootballNews predict that the Cowboys will land in that No. 3 spot to face Louisville, repping the ACC. The Cowboys and Cardinals have met twice before when the team split and home-and-away series four decades ago. Oklahoma State defeated Louisville in Stillwater 19-11 in 1981 and then lost on the road 28-22 a year later.

OSU defeated Miami 37-34 in the Cheez-It Bowl in 2020. The Cowboys also beat Virginia Tech in its previous iteration, the 2017 Camping World Bowl.

This would be the first-time meeting between Oklahoma State and North Carolina. But it would be a reunion between Mike Gundy and former Texas head coach Mack Brown. In his fourth season in Chapel Hill, Brown has his team at 9-2 and has already clinched an ACC Championship berth against Clemson.

This is a popular pick with multiple outlets calling for an orange vs. Carolina blue Cheez-It Bowl.