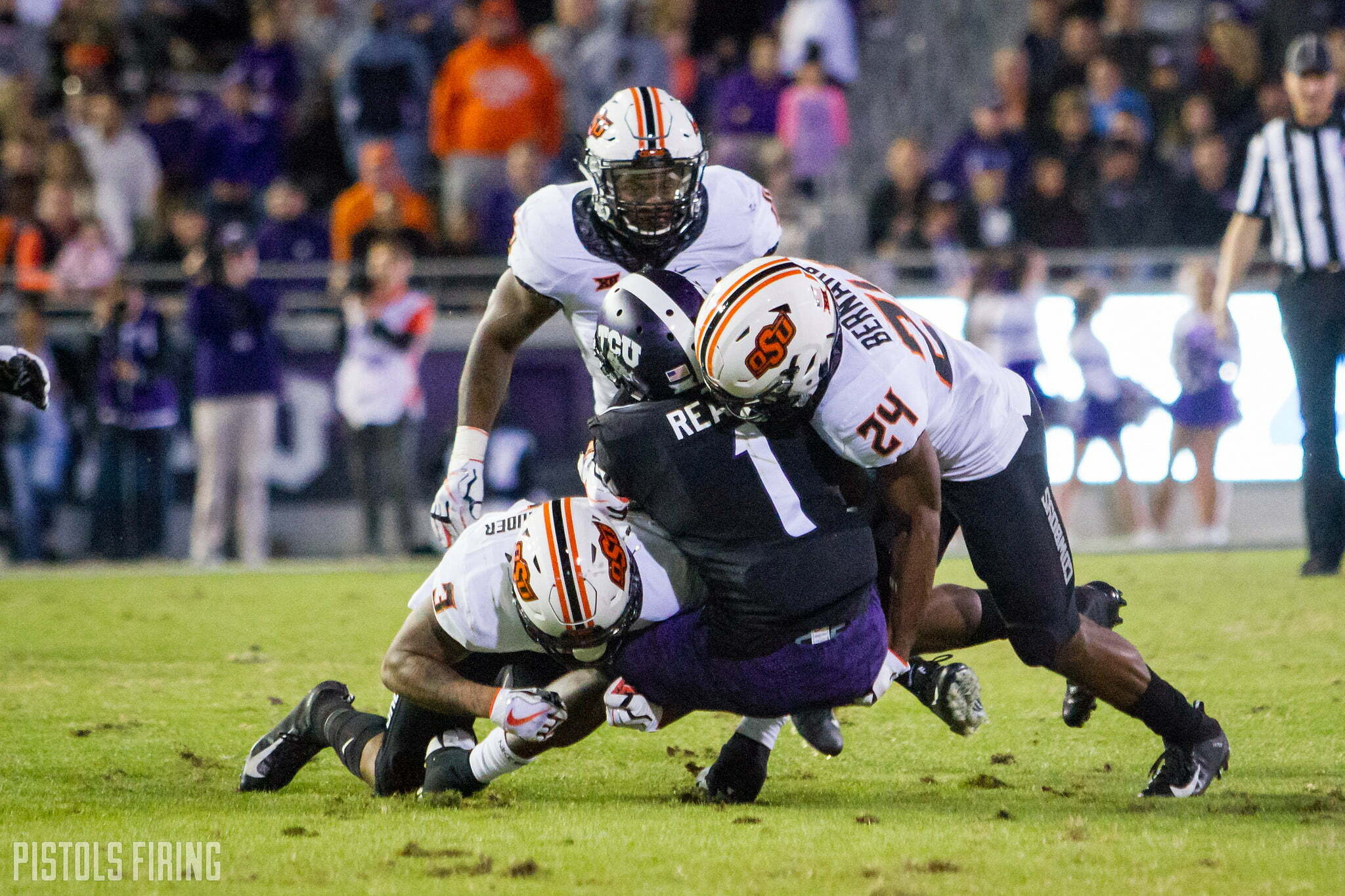 The OSU-TCU box score was all kinds of bizarre for most of the night on Saturday in Ft. Worth. Oklahoma State couldn’t get anything going for the first three quarters of the game, and then their yards came all at once at the end. Let’s take a look at five numbers that explain (sort of?) what we saw on Saturday in OSU’s final regular season game of 2018.

PPD: Let’s start at the very beginning, which is where we always start.

It comes back to OSU’s offense for me. They were putrid (we’ll get to more on them in a minute), and everybody knows it. They made a pretty solid TCU defense look like a side littered with NFL prospects.

That’s fine if you have short fields or, like, 15 chunk plays. But to run 66 of your plays for 2.2 yards a pop is atrocious.

39-21: That was the time of possession difference on Saturday. I don’t really care about which team has the ball longer normally, but when the reason you’re giving it up is because you’re punting and not because you’re scoring TDs, it starts to matter.

Hockett for Heisman: Through their first 10 drives of the game, OSU had 57 yards — I’ve mentioned that about 20 different times now. But how about this? They had three first downs to seven (!) punts. Seven! Hockett was averaging nearly more yards per punt than OSU had in total!

323-233: OSU totaled 323 yards on the day, including kick and punt returns. Jalen Reagor totaled 233 all-purpose yards by himself on 14 touches. Seems bad!

TOs (again): OSU lost the turnover battle again on Saturday (2-1 this time), which means they won just one of 12 turnover battles throughout the season (no coincidence that it was their most dominant win over Boise State).