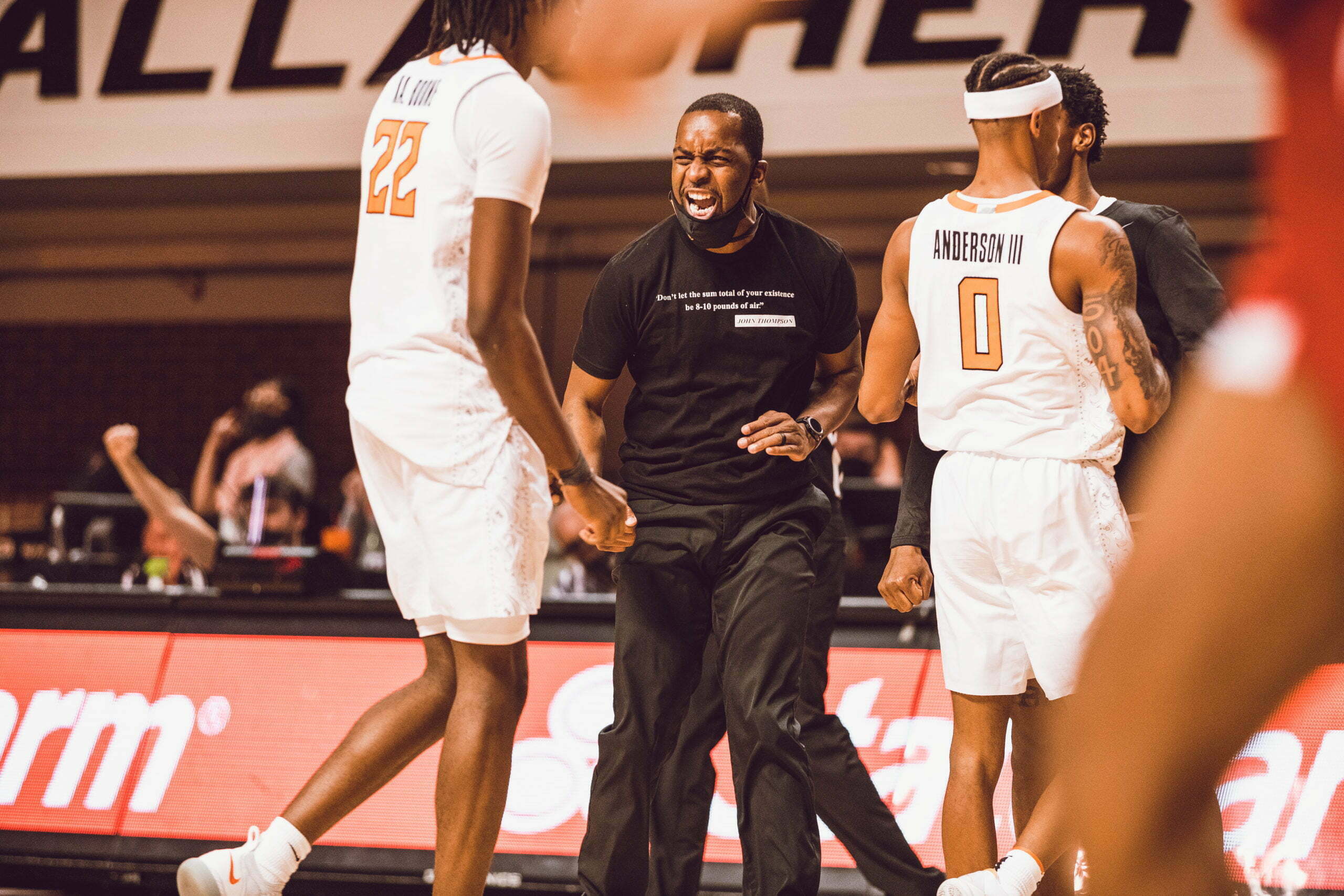 STILLWATER — Mike Boynton has at least five guards who have legitimate arguments to start in 2021-22.

Boynton and his staff are tasked with trimming a list of Avery Anderson, Isaac Likekele, Bryce Thompson, Bryce Williams and Rondel Walker down to likely three starters. That’s not to mention the potential for a big step forward from Keylan Boone or Chris Harris and Donovan Williams returning from knee injuries.

Having too many good players is a good problem to have, and it’s a program that Boynton said he doesn’t worry about.

“I have never worried one minute about minute distribution — ever,” Boynton said. “For the most part, the stuff works itself out. I don’t know how we’ll play. I’ve been on the court with these guys a week and a day so far. That stuff will take care of itself.”

The Cowboys still have a scholarship to give for next season’s roster, and Boynton said if another good guard becomes available, OSU will go after him, too. He said OSU had a strong shot at landing another guard, likely alluding to Sahvir Wheeler, who ended up transferring to Kentucky.

There are a few ways to look at the embarrassment of riches Boynton has, and he said he values the competitive practices that having all of those guys creates. Boynton gave an example that Anderson took as big a leap as he did last year because of his practice battles against Cade Cunningham. Cunningham might be gone now, but the addition of Thompson and all those guys having an extra year of experience has made for some highly competitive summer workouts thus far.

“It’s been very competitive,” Thompson said. “That’s what I came here for. I came here to compete and play against the best. I feel like us doing that every day is only going to make us better.”

Bryce Williams announcing his return for an extra season only bolstered an already deep unit. Boynton said that Bryce Williams might be the best “overall package of basketball talent” on the team, but he still might come off the bench because someone has to.

Boynton said it is important to communicate that “earned not given” philosophy in the recruiting process. He said that if a kid isn’t about winning, then OSU isn’t a good fit.

“It always comes up — yes, we have good players, but if winning is important, then having good players is important,” Boynton said. “If winning is not important to you, then maybe you want to go to some place where there’s not much competition for your spot and you can play all the minutes. But winning is never taking a back seat here at our program.”