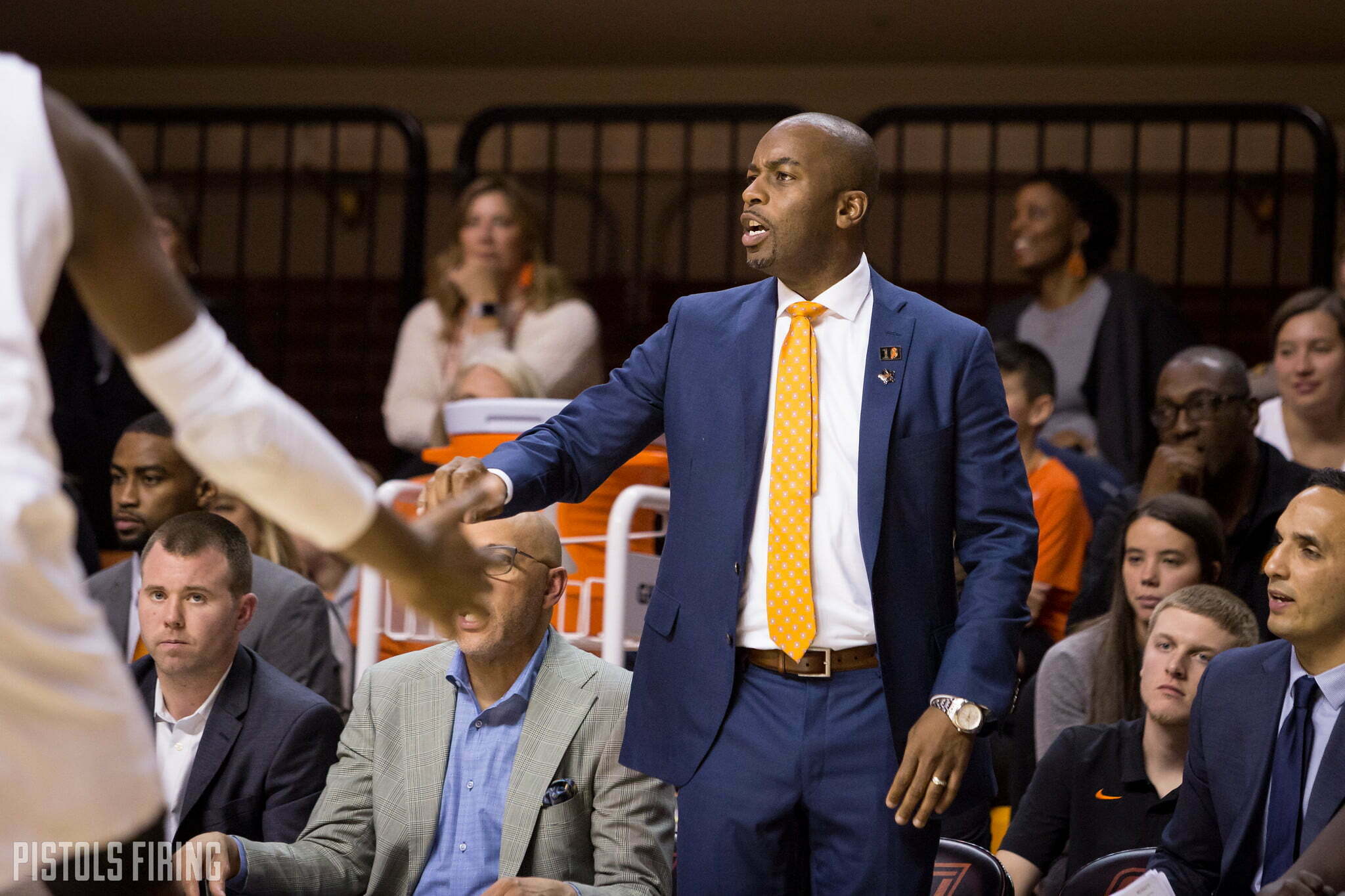 What a week it has been for Mike Boynton, and it’s only Wednesday.

Boynton’s Cowboys will host Oral Roberts at 7 p.m. Wednesday in Gallagher-Iba Arena, a day removed from Oklahoma State securing the commitment of the No. 2 player in the 2020 recruiting class, Cade Cunningham.

Boynton was on 98.1 WWLS The Sports Animal on Wednesday morning in what was his first public interview since landing Cunningham. Boynton can’t specifically talk about Cunningham until the 6-foot-7 point guard signs his letter of intent, which he can do next Wednesday, but in more broad terms, Boynton spoke on why it’s an exciting time to be an Oklahoma State basketball fan.

“We start playing games that count tonight,” Boynton said. “It’s just an exciting time in general for our program. We feel like we’re making great progress in terms of our long-term goals and putting ourselves in position to be contenders on a consistent basis again the way Coach (Eddie) Sutton once had this place, the way Mr. (Henry) Iba, when he first started this program, built this into a national championship-contending program.

“I’m excited about where we are. Obviously there’s some young people across the country that have started to take notice that you can do some special things here, and that’s going to give us a chance.”

Boynton took over the program during what most would see was a fragile time. Travis Ford was fired, then Brad Underwood stayed only a year in Stillwater before jetting to Illinois. Boynton’s hiring was seen as lackluster initially, but he has since started the program’s rebuild.

Boynton’s 2018 class ranked 60th in the country, but it did include Isaac Likekele and Yor Anei, who have turned out to be excellent three-star pickups. His 2019 class ranked 24th. That class will play in its first game that counts Wednesday night, but it’s a promising group.

But now with Cunningham and four-star guard Rondel Walker, Boynton’s 2020 class looks as if it will again outdo the previous.

“Our ultimate goal is to be one of the best programs in the country again,” Boynton said. “And why do we believe we can do that? One because we’ve done it before here. Mr. Iba coached Oklahoma State in the 40s and was the first coach to ever win back-to-back national championships. That’s a fact. Oklahoma State’s had tremendous success at the highest levels of this game. The only thing we’ve not done is had that success be continuous and consistent over decades, which you see in some of the traditional powers, some of the blue-blood programs out there.

“It’s our mission to try to get us back to that place. We’ve got what we feel is a fan base that’s champing at the bit to get behind a winner, and our fans deserve to know that they have a staff that’s going to work to try to make our program the best again.”