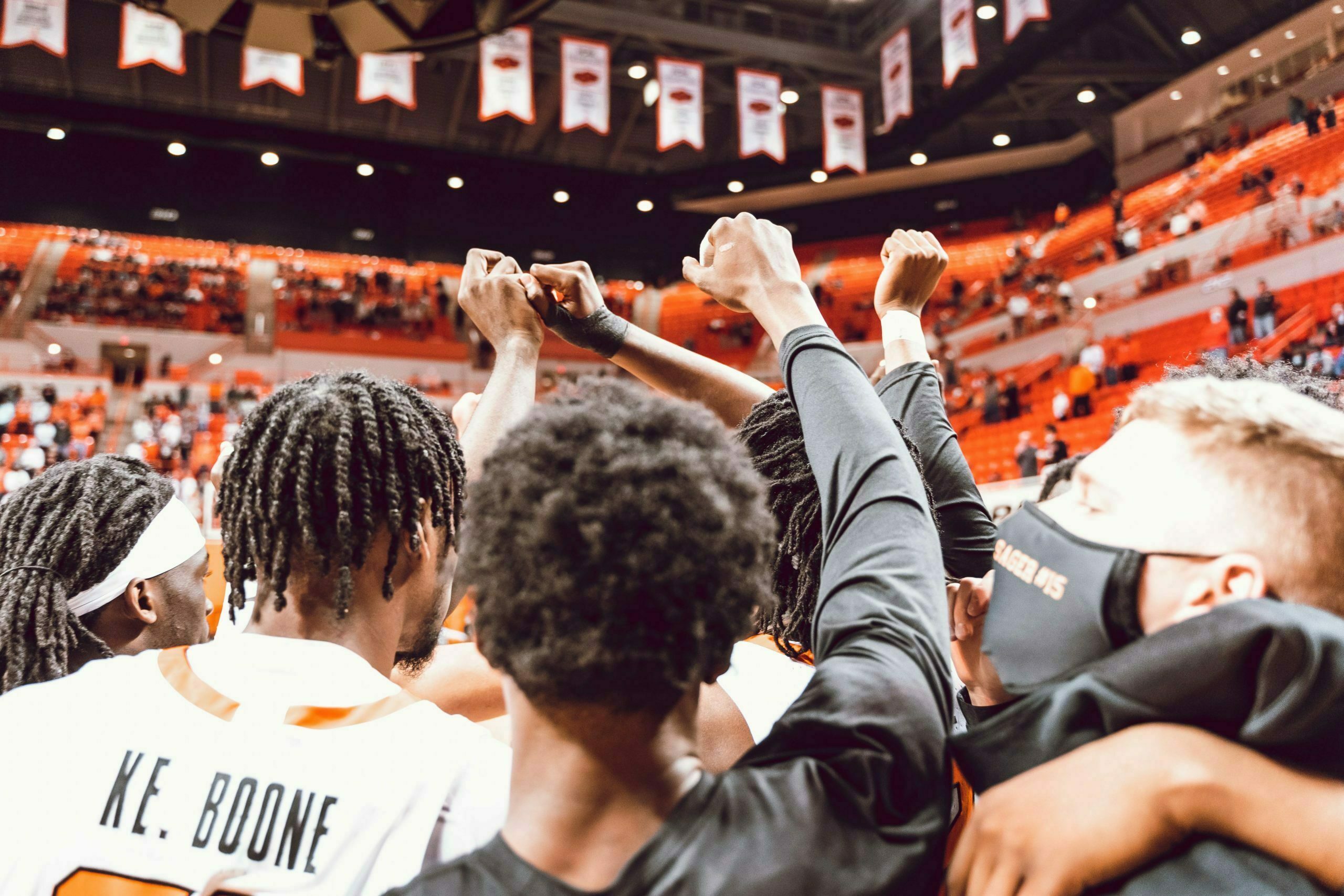 The Cowboys have started the same five guys in their first five games, but that could change as early as Saturday.

Oklahoma State coach Mike Boynton said Thursday that after taking a broad look at his team through five games, the starting group of Cade Cunningham, Ferron Flavors, Isaac Likekele, Keylan Boone and Kalib Boone might could do with a switch up.

“What I’ve gotta figure out is if we are starting the right group of guys,” Boynton said. “Not that any of those guys shouldn’t play, because they all are going to play no matter what, but is that the right group to start the game. I say that only because, not that I expect to run away from anybody, but we haven’t had a great flow to start the game. We’ve kind of started slow in all of the games we play so far.

“That may be something look at whether we need to make a tweak to a staring lineup and maybe give somebody another opportunity to give a different look. Coming off the bench is sometimes the best thing that can happen for guy.”

Boynton used the example of Thomas Dziagwa from last season. Dziagwa had started much of OSU’s games his junior and senior seasons, but Boynton started bringing him off the bench midway through last year. In the 15 games he started last season, Dziagwa averaged 8.2 points per. In the 16 games he came off the bench, he averaged 9.8 points a game.

“He shot the ball much better, saw the game different, wasn’t at the top of the scouting report, kind of got lost in the shuffle maybe from the other team’s focus coming off the bench a little bit,” Boynton said.

Boynton didn’t mention any names as to which starter might turn into a sixth man, but Ferron Flavors is in a similar spot Dziagwa was in last season.

A 3-point specialist, Flavors is shooting just 29 percent from deep to start the year, making eight of his 28 attempts.

If it is Flavors starting on the bench, it’s likely either Bryce Williams or Rondel Walker would take his place. Williams and Walker have been sparkplugs for Boynton on the defensive end and are capable 3-point shooters themselves, shooting 43 percent and 33 percent from beyond the arc, respectively.

Starting one of those two guys could also give the Cowboys a better start on the defensive end. Despite being 5-0, OSU has struggled in the first half this year, outscoring opponents just 174-159 in the first half.

Time will tell if Boynton does switch things up before conference play. Something Boynton doesn’t seem troubled with is the perceived hard conversation he would have to have to tell a starter he’ll be coming off the bench.

“I don’t really feel like any conversation is that difficult because we communicate so often,” Boynton said. “So, I don’t worry about it. I’m honest with them. I tell them whatever decision we make is going to be what’s best for our team. I do understand the psychology of it, especially for younger guys, where maybe from the outside they’re being told a coach doesn’t believe in you anymore, whatever.

“But, we feel like we developed such a strong relationship with each guy that will be able to manage that. Because again, it’s not like someone’s gonna go from starting to not playing. Maybe they just don’t play the first two minutes of the game. But I remember several games last year where Diz didn’t start but ended up playing more minutes than some games he started in because the flow of the game kind of dictates how you rotate your players.”